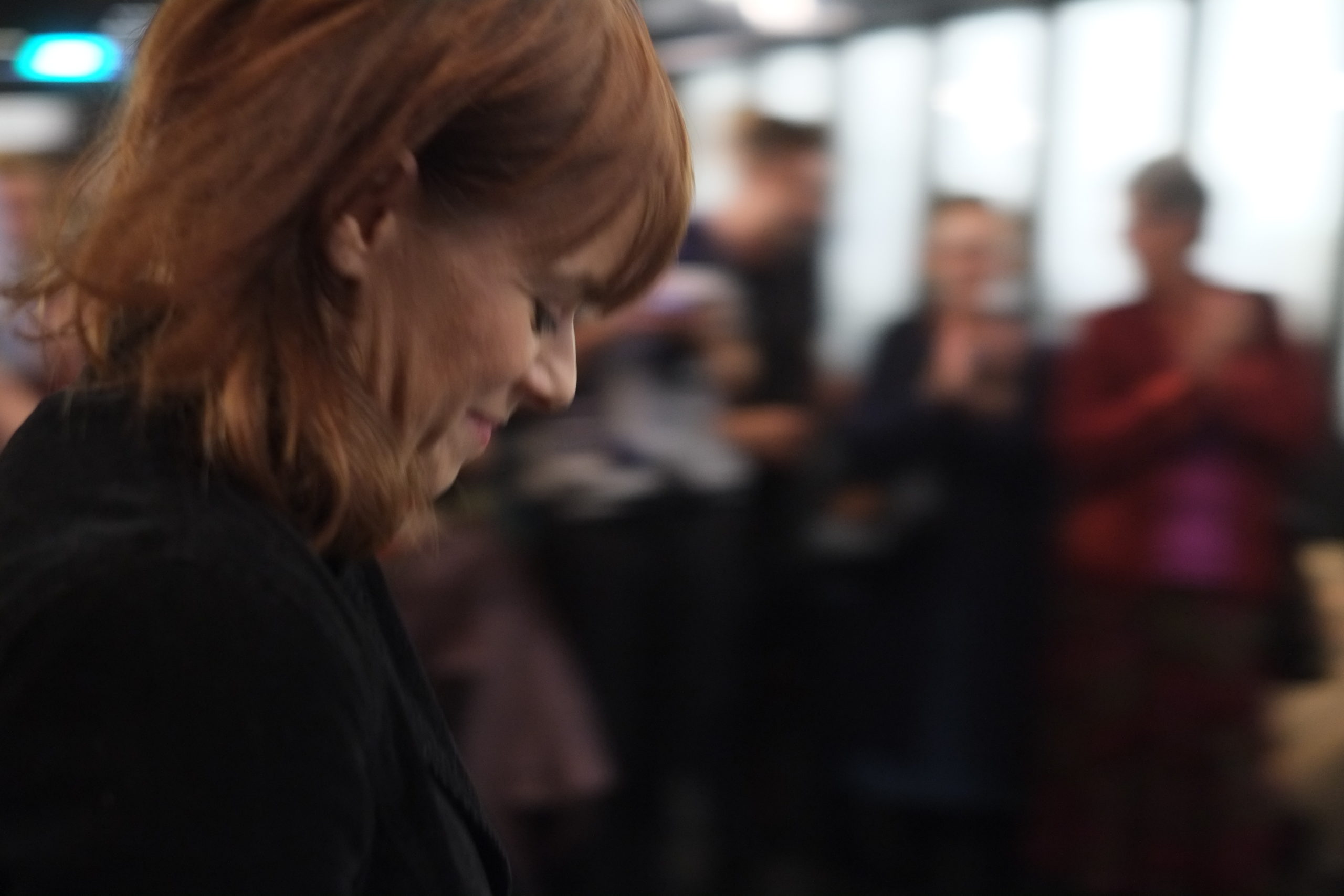 Carrie Tiffany grew up in Western Australia, has worked as a park ranger in Central Australia, and now lives in Melbourne, where she is an agricultural journalist.Mateship with Birds is her second novel. Her first, Everyman’s Rules for Scientific Living, won the Dobbie Award and the Western Australian Premier’s Literary Award for Fiction.

After receiving close to 200 entries, the Stella Prize judges – writer and critic Kerryn Goldsworthy, author Kate Grenville, actor and creator Claudia Karvan, bookseller Fiona Stager and ABC broadcaster Rafael Epstein – came up with a longlist of 12 books that they narrowed down to a shortlist of six.

Of the winning book, Kerryn Goldsworthy, chair of the Stella Prize judges, says:

“Mateship with Birds is a deceptively gentle-looking novel whose calm surface belies its many sharp and frank observations about the world. Set in country Victoria in the 1950s, it follows the fortunes of two people whose loneliness is offset by the many active strands of their daily lives: Harry, a farmer whose wife has left him for somebody else; and Betty, an aged-care nurse whose two children have no visible father.

“Tiffany uses the two main characters’ interactions with each other and with a small supporting cast to show the intricate interrelations not only between people, but also between human life and the natural world. There’s complex interdependence among species, and human behaviour is reflected in even the smallest, most attentively observed details of the lives of animals and birds.”

“It is astonishing and lovely to be the first recipient of this new prize. The Stella Prize is an opportunity to fete and honour writing by Australian women. When I sit down to write I am anchored by all of the books I have read. My sentences would not have been possible without the sentences of Christina Stead, Thea Astley, Elizabeth Jolley, Beverley Farmer, Kate Grenville, Gillian Mears, Helen Garner and the many other fine Australian writers that I have read and continue to read.

“The longlist of the Stella Prize introduced me to some exciting new books and the shortlist includes several dear friends. It is an honour to be considered with them. The Stella Prize has an openness and a flexibility – I think this has grown from the vigour and generosity of its board, ambassadors, judges and donors. I have no doubt it will be a vital part of Australian literature for many years to come.”

The inaugural Stella Prize was awarded at an event in Melbourne on the evening of Tuesday 16 April. At the award night, Carrie Tiffany announced that she wanted to donate $10,000 of the prize money back to be split equally among the other five shortlistees. Her wishes have been fulfilled, and each of the five shortlisted authors have received $2000 as a result of Carrie’s generosity.”

The Chair of the Stella Prize, Aviva Tuffield, says:

“I am thrilled for Carrie Tiffany that she has won the inaugural Stella Prize. Mateship with Birds is an unusual book that utterly won me over. It is subtle and clever and beautifully written. We hope that this book will now receive even more attention as a result of the Stella Prize, and that is exactly what we hoped the prize would do: bring more readers to the work of women writers. As to Carrie’s incredible generosity in terms of donating money to the shortlistees, all the Board were completely overwhelmed by her actions, and feel they are in keeping with the spirit of the prize and our desire to do things just a little bit differently. We are proud to have her as our inaugural Stella Prize winner.”