Skip to content
Stella > The Stella Prize > 2021 > Fathoms: the world in the whale 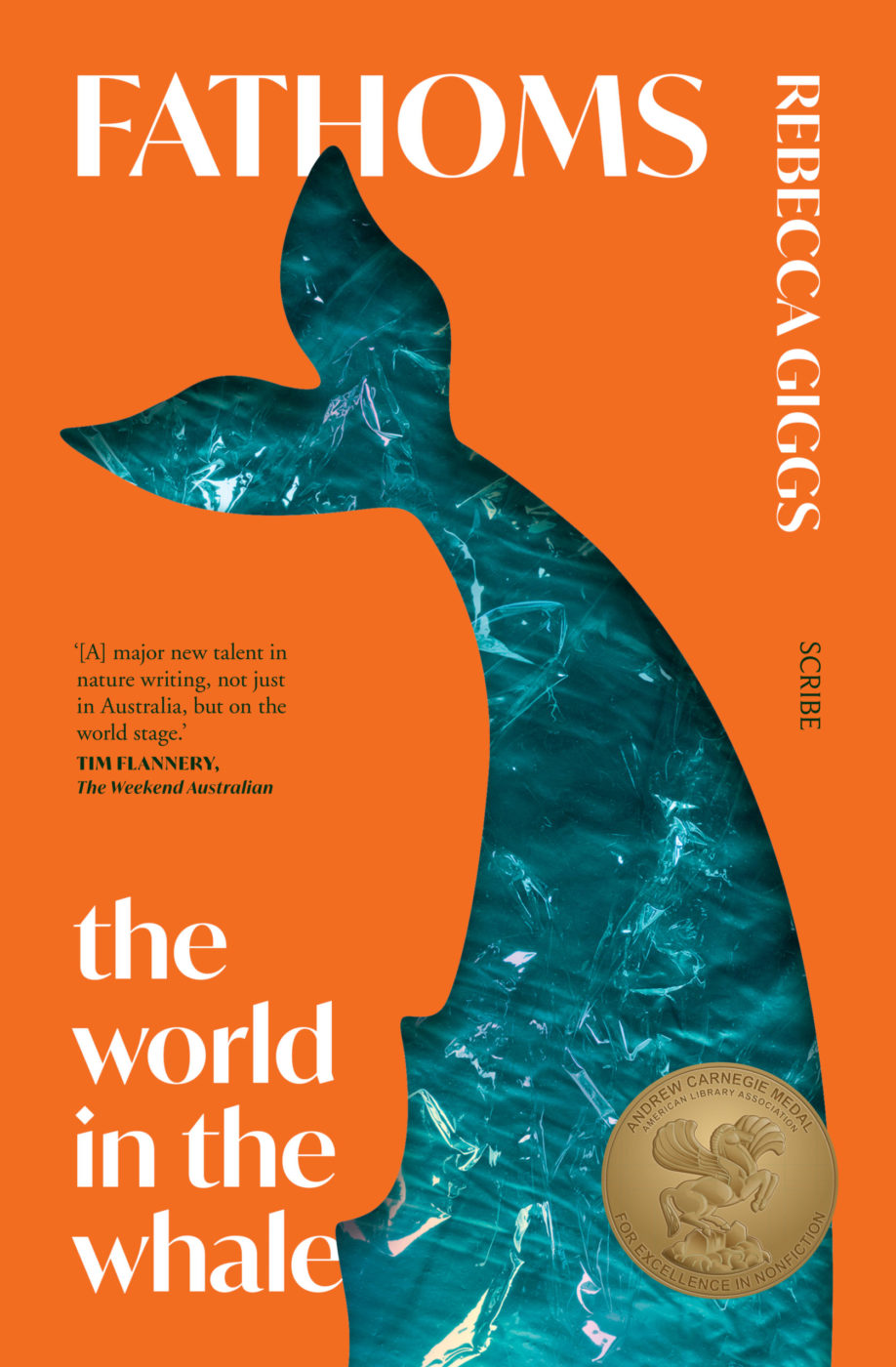 Shortlisted for the 2021 Stella Prize

Fathoms: the world in the whale

Fathoms: the world in the whale is a haunting piece of narrative non-fiction that asks pertinent questions about how globalisation, consumption and our obsession with convenience is threatening the environment in connected and devastating ways. 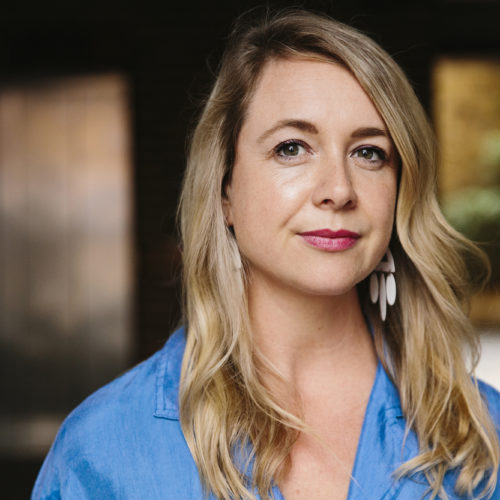 Rebecca Giggs is a writer from Perth, Western Australia. Her work has been widely published, including in Granta, Best Australian Science Writing, The New York Times Magazine, The Atlantic, and Griffith Review. Rebecca’s nonfiction focuses on how people feel about, and feel for, animals in a time of technological change and ecological crisis. Fathoms: the world in the whale is her first book. 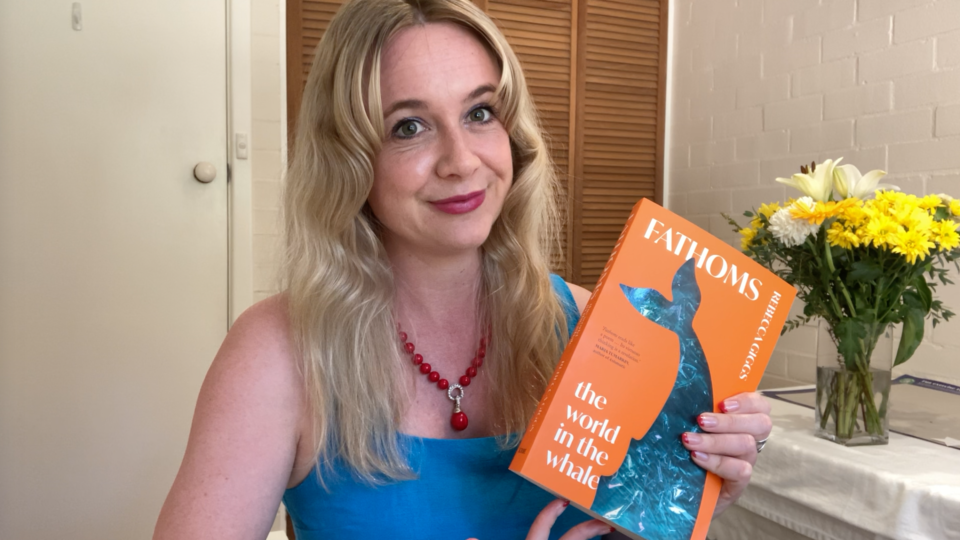 Rebecca Giggs reads from Fathoms: the world in the whale

Listen to and read an extract from Rebecca Giggs’ Stella Prize-listed book, Fathoms: the world in the whale.

When Rebecca Giggs encountered a humpback whale stranded on her local beach in Australia, she began to wonder how the lives of whales might shed light on the condition of our seas. How do whales experience environmental change? Has our connection to these fabled animals been transformed by technology? What future awaits us, and them? And what does it mean to write about nature in the midst of an ecological crisis?

In Fathoms: the world in the whale, Giggs blends natural history, philosophy, and science to explore these questions with clarity and hope. In lively, inventive prose, she introduces us to whales so rare they have never been named; she tells us of the astonishing variety found in whale sounds, and of whale ‘pop’ songs that sweep across hemispheres. She takes us into the deeps to discover that one whale’s death can spark a great flourishing of creatures. We travel to Japan to board whaling ships, examine the uncanny charisma of these magnificent mammals, and confront the plastic pollution now pervading their underwater environment.

In the spirit of Rachel Carson and John Berger, Fathoms is a work of profound insight and wonder. It marks the arrival of an essential new voice in narrative nonfiction and provides us with a powerful, surprising, and compelling view of some of the most urgent issues of our time.

Fathoms: the world in the whale is a haunting piece of narrative non-fiction that asks pertinent questions about how globalisation, consumption and our obsession with convenience is threatening the environment in connected and devastating ways. It is the impact of this interconnectedness – the messy entanglement with other humans, with the environment, and with animals – that is at the heart of Fathoms.

Rebecca Giggs is expansive and generous in her thinking, and her philosophical and scientific research. One of the many strengths of this imaginative book is that Giggs does not use anthropomorphism to draw us in. Instead, she deftly coaxes a sense of intellectual and moral responsibility by using whales as a starting point for urgent conversations.

With searing compassion and intellectual curiosity, Giggs has delivered a profound work that demands we rethink the ways we live – and how we seek and fail to protect delicate environments by confronting our individual and collective choices.

‘Giggs’ meticulous research is itself awesome. Every page has its breathtaking revelations … this marvellous work of haunted wonder ends with a fiercely unabashed vision of humanity moved ‘from indecision to action’, for whales, for love, for the world.’  Felicity Plunkett, Sydney Morning Herald

‘[A] delving, haunted and poetic debut. Giggs is worth reading for her spotlight observations and lyricism alone, but she also has an important message to deliver … [S]he uses whales as invitations to consider everything else: the selfie-isation of environmentalism, the inherent worth of parasites, Jungian psychoanalysis, solar storms, whale songs records going multiplatinum and so much more. In the cascade of mini-essays that results, Giggs comes off as much as a cultural critic as a naturalist.’ Doug Bock Clark, New York Times Book Review

‘Fathoms is horrific, poetic and profound; a morbid dirge shot through with celestial light. As well as being an extensively researched and deeply considered study, the book is also a wunderkammer of tales that illustrate the hot mess of human aggression, obliviousness and folly …’ Justine Hyde, The Saturday Paper