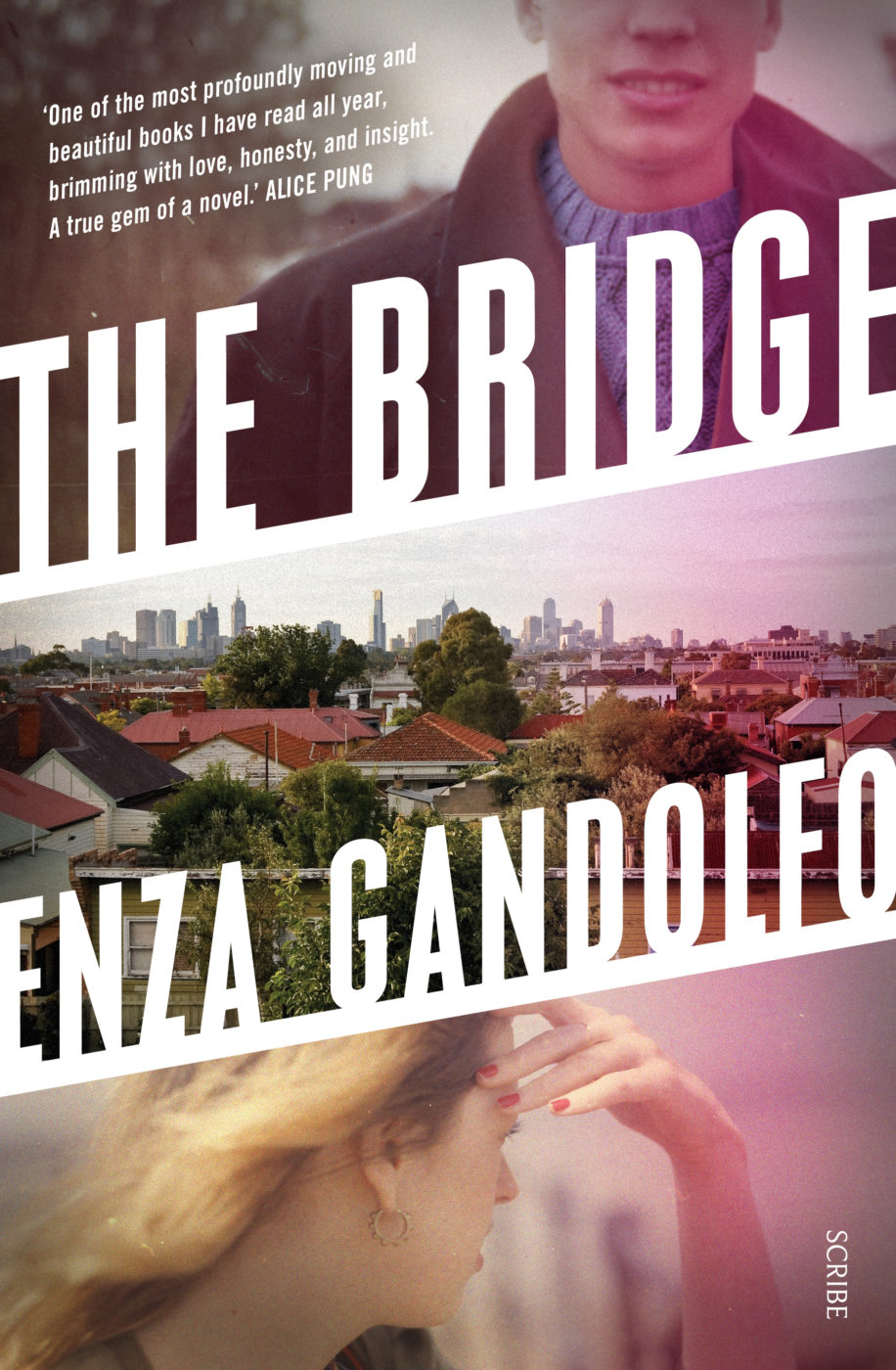 Shortlisted for the 2019 Stella Prize

Did the dead exist? Were they watching? Were they ghosts? Not the kind he’d imagined as a child, draped with white sheets, with the ability to walk through walls, but the kind that lodged themselves in your heart, in your memories, the kind that came to you in dreams, that you could see when you closed your eyes and sometimes even when your eyes were opened.

In 1970s Melbourne, twenty-two-year-old Italian migrant Antonello is newly married and working as a rigger on the West Gate Bridge, a gleaming monument to a modern city. When the bridge collapses one October morning, killing thirty-five of his workmates, his world crashes down on him.

In 2009, Jo and her best friend, Ashleigh, are on the verge of finishing high school and flush with the possibilities for their future. But one terrible mistake sets Jo’s life on a radically different course.

Drawing on true events of Australia’s worst industrial accident — a tragedy that still scars the city — The Bridge is a profoundly moving novel that examines class, guilt, and moral culpability. Yet it shows that even the most harrowing of situations can give way to forgiveness and redemption. Ultimately, it is a testament to survival and the resilience of the human spirit

Enza Gandolfo is a Melbourne writer and an honorary professor in creative writing at Victoria University. She is interested in the power of stories to create understanding and empathy, with a particular focus on feminist and political fiction. Enza is the co-editor of the journal TEXT and a founding member of the Victoria University Feminist Research Network, her first novel, Swimming, was shortlisted for the Barbara Jefferis Award.

The Bridge is both the story of a tragedy in contemporary Melbourne and the chronicle of a disaster in our recent past, when part of the West Gate Bridge collapsed during construction, killing thirty-five people in what remains Australia’s worst industrial accident.

As well as exploring the way a life can be altered by one dramatic event, The Bridge is a sharp and moving portrayal of the strength and resilience that lives in people, and a fascinating look at the effects of gentrification.

The writing in this evocative, multi-generational novel is exquisite; the way in which Gandolfo takes us into moments of catastrophe, drawing characters so that they come to life, without over-dramatising, shows a novelist of the highest calibre.

This is a story with many layers that is deeply intellectual and unashamedly working-class, showing Footscray and Melbourne’s west in ways we’ve not seen before. Emotionally intelligent and yet unsentimental, The Bridge deals with complex ethical questions with great humanity and subtlety.

‘Enza plays no cheap tricks with her reader, she doesn’t rip them off with easy epiphanies. It doesn’t matter if they are blameless hardworking migrant men, or reckless teenage girls — no one gets off scot-free.’
Read Alice Pung’s speech launching The Bridge

‘This story is utterly heartbreaking, not least because it’s a story that is repeated across Australia over and over again.’
Lisa Hill, ANZ LitLovers

‘This is an ambitious, multi-generational story from a skilled writer.’
Julienne van Loon, TEXT review