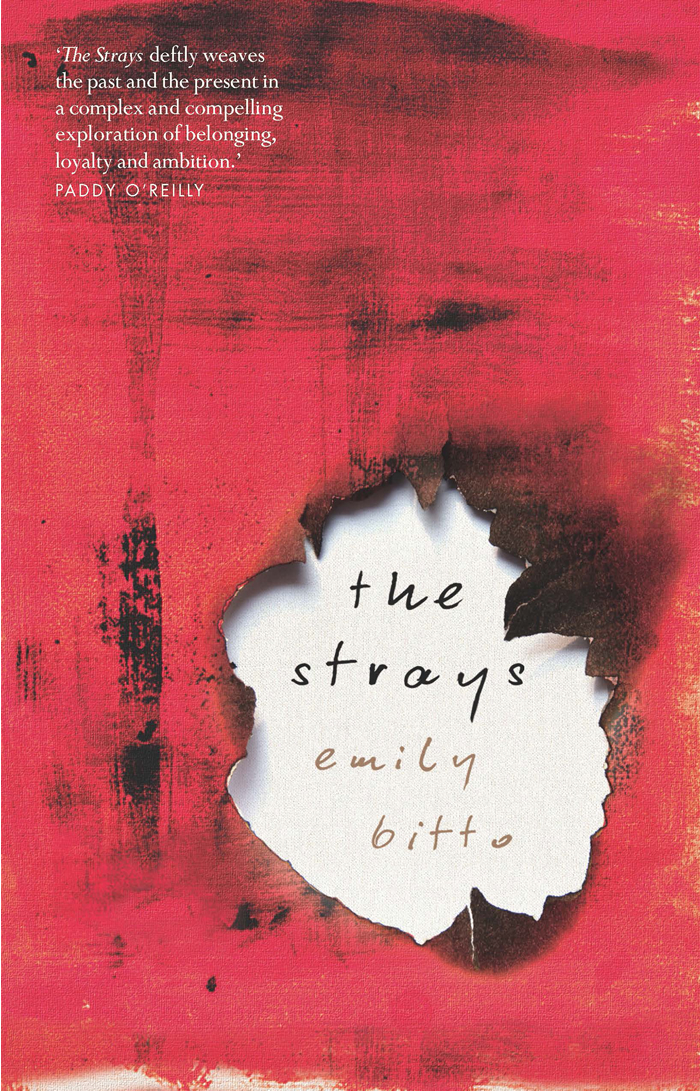 Winner of the 2015 Stella Prize

“Emily Bitto’s debut novel The Strays is about families, art, isolation, class, childhood, friendship, and the power of the past. It’s both moving and sophisticated; both well-researched and original; both intellectually engaging and emotionally gripping.” 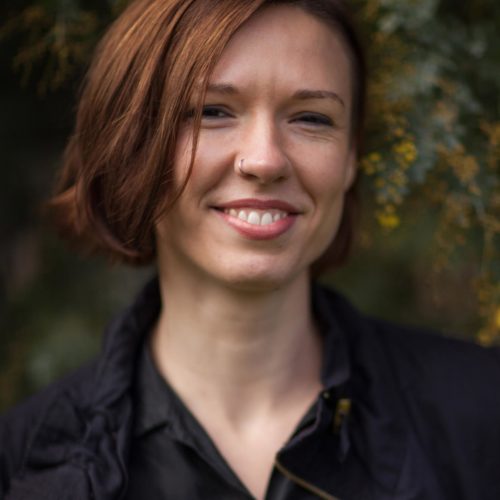 On her first day at a new school, Lily befriends one of the daughters of infamous avant-garde painter Evan Trentham. He and his wife are trying to escape the stifling conservatism of 1930s Australia by inviting other like-minded artists to live and work at their family home. Lily becomes infatuated with this wild, makeshift family and longs to truly be a part of it.

As the years pass, Lily observes the way the lives of these artists come to reflect the same themes as their art: Faustian bargains and spectacular falls from grace. Yet it’s not Evan, but his own daughters, who pay the price for his radicalism.

The Strays is an engrossing story of ambition, sacrifice and compromised loyalties from an exciting new talent.

Emily Bitto’s debut novel The Strays is about families, art, isolation, class, childhood, friendship, and the power of the past. It’s both moving and sophisticated; both well-researched and original; both intellectually engaging and emotionally gripping.

Lily is the only child of ordinary, decent, slightly anxious parents who have struggled to get the family intact through the Depression and are only just beginning to recover from this ordeal when Lily, at the age of eight, meets a new friend at school. Eva is the daughter of controversial modernist painter Evan Trentham and of his wife Helena, whose ‘old money’ is financing her husband’s career; Eva is the middle child of three daughters who are being carelessly brought up in this unusual family.

Eva and Lily bond at once, in one of those immediate and magical connections that Goethe called ‘elective affinities’. The thoughtful and watchful Lily, as the narrator, is established as the observer of this bohemian household, which is at once idealistic and disorderly. More and more young artists join the circle or actually move in; less and less attention is paid to the girls as they grow up; and things slide imperceptibly into the jaws of a crisis. Bitto expertly builds up the reader’s expectation of a terrible unravelling, with a slow build to a dramatic climax.

The three criteria for judging a Stella Prize winner are that the book is ‘excellent, original and engaging’, and The Strays effortlessly meets all three. Its originality is of a rather retro kind: in an era when it has become fashionable to the point of being almost the norm for novelists to adapt or fictionalise the life stories of real people, The Strays has the ring of originality in its richly and fully imagined vision of a particular time and place in Australian social and cultural history. The characters have been invented from scratch rather than taken from real life, as has the plot; the novel draws on Australian cultural history but borrows only in the most general way from accounts of the various bohemian artists’ circles of Melbourne and Sydney in the mid-20th century, with, hovering behind them, the ghosts of the Bloomsbury Group.

By contrasting Lily’s conventional, suburban parents and their stiff social manners with the loud, messy spontaneity of the artistic household, Bitto avoids the clichés that often dominate descriptions of creative households full of unconventional, self-absorbed people. Like many a quiet only child, Lily is enchanted by this big, loud, chaotic family, and by the free-spirited intensity and energy of the extended household.

In its subject matter, its characters, and its sombre mood, this novel is reminiscent of Ian McEwan’s Atonement, Sybille Bedford’s Jigsaw, or A.S. Byatt’s The Children’s Book, and in this company it can hold its head high. The Strays is like a gemstone: polished and multifaceted, reflecting illuminations back to the reader and holding rich colour in its depths.

‘Treating this novel as an historical fiction risks missing some of its breadth of insight. The Strays is an eloquent portrayal of the damage caused by self-absorption as well as a moving study of isolation… Whatever may have inspired The Strays, the book is astute in the way it tells its story; it doesn’t need to be supported by anything outside itself.’ – Michael McGirr, Sydney Morning Herald

‘Bitto has created an elegantly formed, resonant novel, melding vivid images, an ear for dialogue, and a well-measured narrative pace with the current of humour that always runs through human tragedy. With delicacy and restraint, The Strays explores rich terrain – the violence and redemption of art, the ever-presence of personal history, and the interrogation of childhood selves by adult selves in search of understanding and absolution.’ – Ruby Todd, TEXT Journal

‘Poetic, richly visual and faultlessly judged in terms of pace, character and atmosphere, this is writing that has the rich patina of an enduring classic.’ – Caroline Baum, Booktopia