Kerryn Goldsworthy is a freelance writer and critic, and a former lecturer in literature at the University of Melbourne. She has been an editor of Australian Book Review and a member of the Literature Board of the Australia Council, and won the 2013 Pascall Prize for Criticism, earning the title Australian Critic of the Year. Her most recent book is Adelaide, in the NewSouth Books ‘Cities’ series.

Sarah Blasko is a Sydney-based singer–songwriter who is currently working on her fifth album. Sarah has received two ARIA awards, for Best Pop Release in 2007 and Best Female Artist in 2010, and her 2009 album, As Day Follows Night, was Triple J’s Album of the Year. She has also written music for theatre, film and dance, and has a side project called Seeker Lover Keeper.

Melissa Lucashenko is a Goorie writer whose work celebrates Aboriginal people and others living around the margins of the First World.  Her most recent novel,
Mullumbimby, was longlisted for the Miles Franklin Literary Award and Stella Prize, shortlisted for the Kibble Literary Award, and won the Queensland Literary Award for Fiction and the Victorian Premier’s Award for Indigenous Writing. Melissa is also a Walkley Award winner for her non-fiction, and a founding member of Sisters Inside, an organisation which supports criminalised women in Queensland. 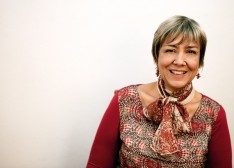 Caroline Baum is journalist and broadcaster and the Editorial Director of Booktopia. She was the founding editor of Good Reading, and the presenter of the ABC TV bookshow Between the Lines and Foxtel’s Talking Books. Her contribution to the anthology My Mother, My Father will also be published in Best Australian Essays 2014. 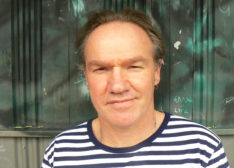