The 2013 Stella Count statistics compiled by the Stella Prize in conjunction with Books + Publishing show the ratio of books by men and women reviewed in major Australian newspapers and literary review publications. This year, the Stella Count also indicates the genders of literary reviewers, and provides information on whether books by male or female writers are reviewed by male or female reviewers.

The 2013 Stella Count reveals that there is still much room for improvement in Australian reviewing when it comes to gender parity. Small gains have been made by some publications since the 2012 Count, with others sliding further into male-dominated literary coverage. The majority of book reviews in Australian publications are still of books by male writers.

As in previous years of the Stella Count, most state newspapers reviewed more books by male writers than female writers. These included the Courier-Mail (59%), Age (58%), Sydney Morning Herald (57%) and Daily Telegraph (54%).

The most marked gender disparities in books reviewed were found in the two major national newspapers. 85% of the Australian Financial Review’s literary reviews were of books by male writers, an increase from its results in 2011 (79%) and 2012 (80%). The Weekend Australian recorded an improvement on previous years, but still 65% of books reviewed were by male writers (compared to 70% in both 2011 and 2012).

Only two publications reviewed more books by women in 2013. The West Australian was the only major newspaper to review a majority of female writers; 58% of its reviews were of books by women. Of books reviewed in Books + Publishing, the publishing industry’s primary trade magazine, 61% were by female writers (a slight decrease from 63% in 2012, but an overall increase from 55% in 2011).

CLICK ON PIE TO VIEW FULL DATA SET FOR THAT PUBLICATION 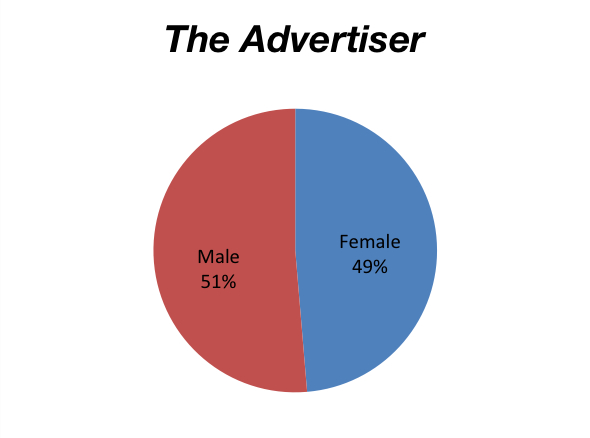 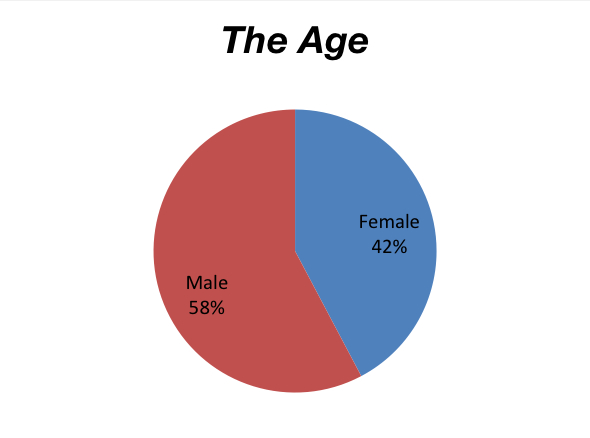 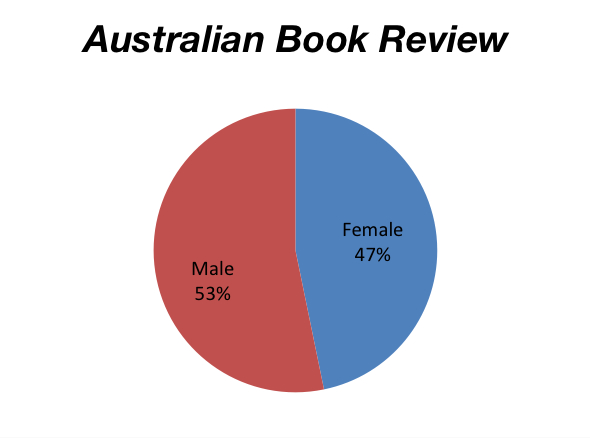 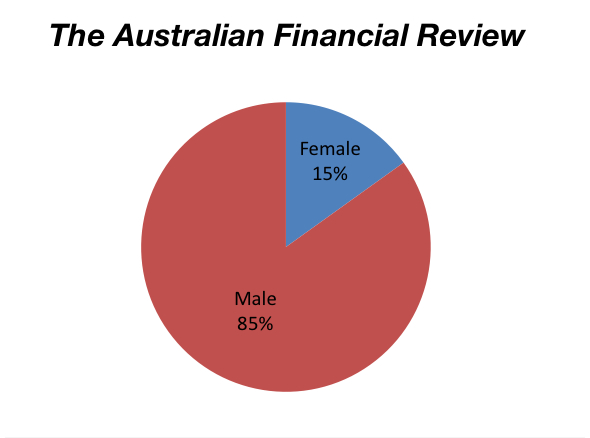 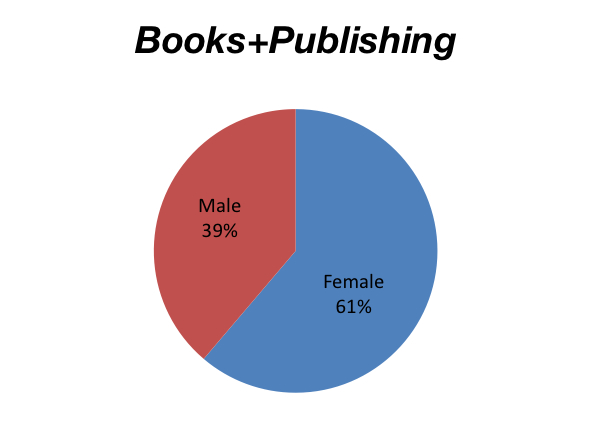 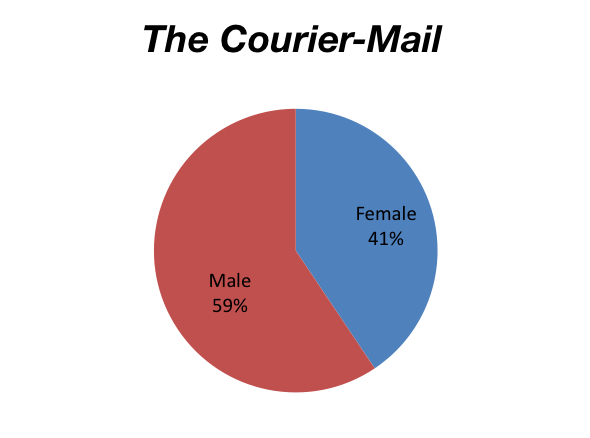 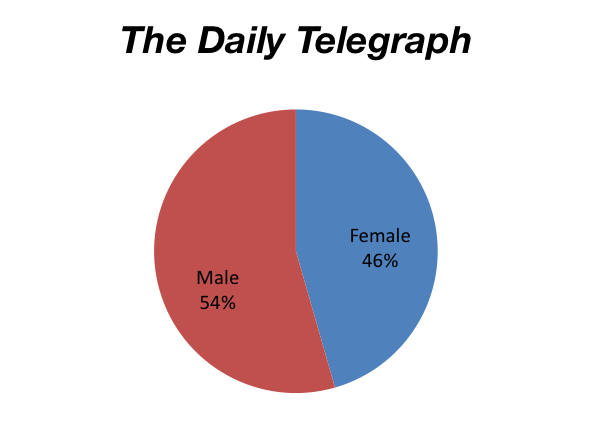 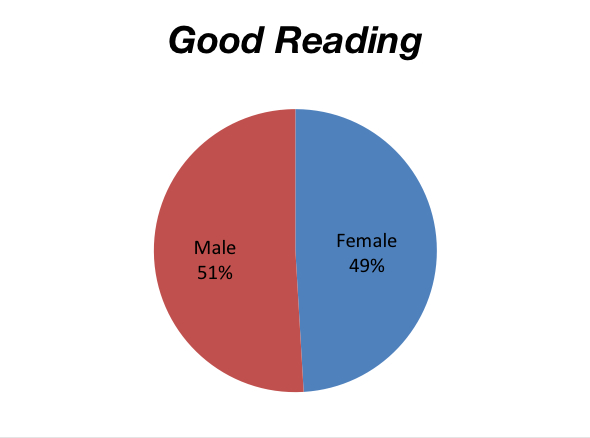 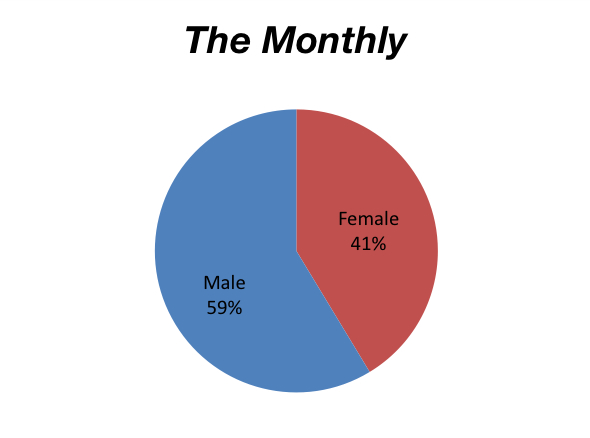 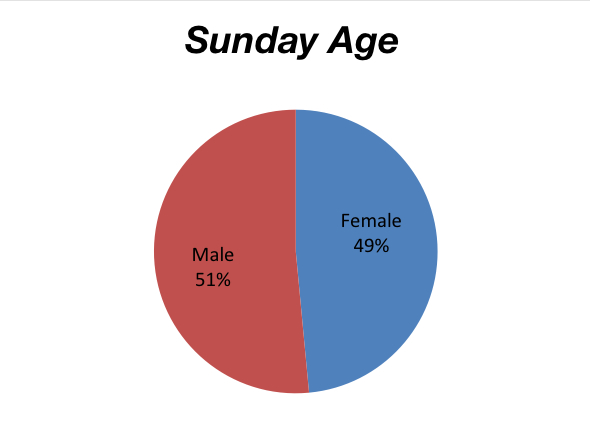 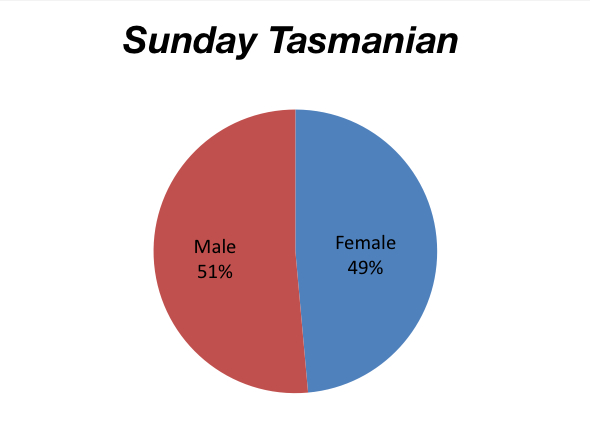 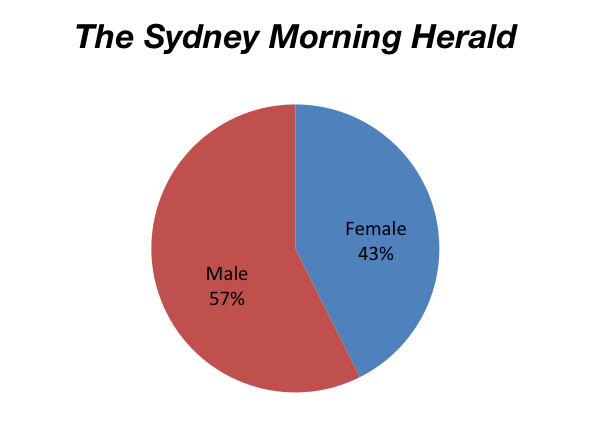 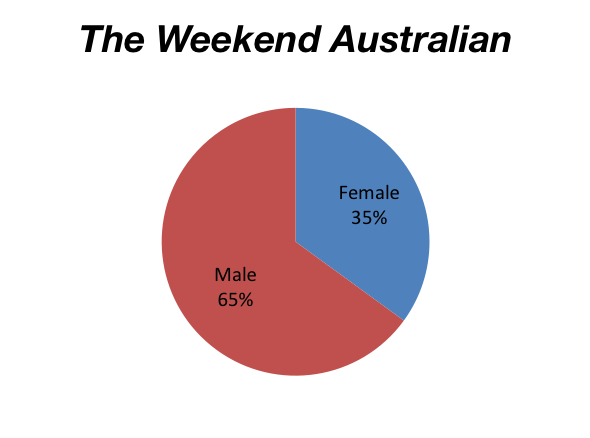 For the first time, this year’s count assessed the gender of reviewers, as well as those of the authors they reviewed. The gender of reviewers fluctuated broadly across the publications, and in many cases they were either fairly evenly matched or had slightly higher percentages of female reviewers.

The reviewer data also shows that female reviewers were more likely to review books by female writers. Overall, however, this data was generally more balanced than the gender ratios of books reviewed by men. For full data on female reviewers for each publication, click through on the pie charts above.

Over the three years that Australian data on gender in book reviews has been collected, some patterns have emerged across the board and in specific publications. The majority of the publications surveyed have remained roughly steady since 2012, with some slight increases or decreases. Many publications show gradual improvement, among them the Weekend Australian, Age, Australian Book Review, and Sydney Morning Herald.  It will take several more years of the Stella Count to determine whether these newspapers’ slight variations from year to year are an indication of progress towards gender parity in reviewing, or an anomaly in the continuing dominance of the review pages by books written by male authors.

The Australian Financial Review is worth noting as the only publication whose attention to books by women has markedly decreased each year, from its already poor ratio (21% books by women in 2011; 20% in 2012) to just 15% in 2013. 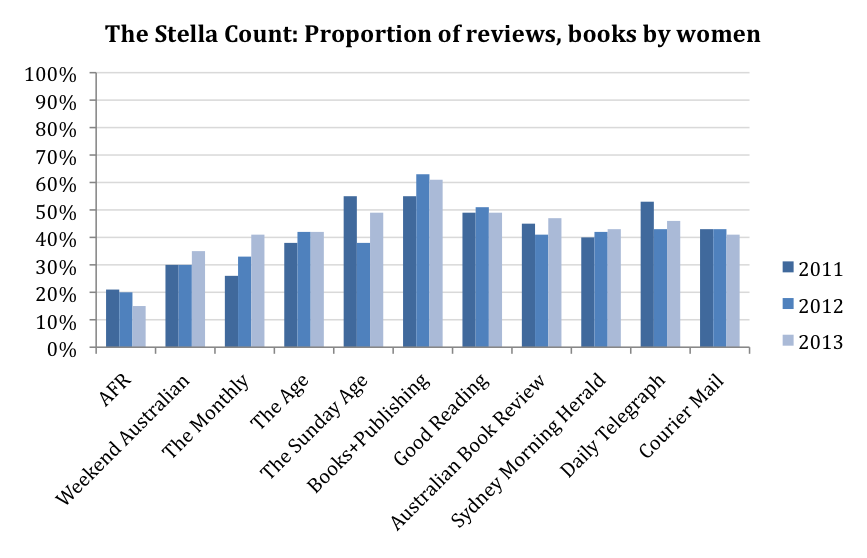 Though the Stella Count data accurately presents a wide range of quantitative information about gender disparity in reviews, some other important gender-based disparities were observed during the Count but could not be recorded numerically.

Book-oriented publications Good Reading and Books+Publishing both had more equal gender ratios in books reviewed, and this coincided with a broader and more exhaustive approach to reviewing books. These publications covered larger quantities of books, and reviewed more genres, including romance, speculative fiction, fantasy and crime novels, as well as more children’s books.

These publications both had a dominant percentage of female reviewers, as did some state newspapers. These tended to be papers that published shorter reviews and reviewed commercial books and popular fiction more frequently.

In all publications surveyed, children’s books were more frequently authored by women, and were almost exclusively reviewed by females, increasing the numbers of female authors and reviewers overall.

Even when a publication reviewed an equal number of books by both genders, books by male writers tended to be given larger reviews and these were generally positioned more prominently in newspapers’ review sections. Devoting more space and more prominence to the work of male authors created a gender imbalance in critical coverage, even when the quantity of reviews was equally matched. This disparity was particularly conspicuous in the treatment of debut or relatively unknown writers. Emerging and first-time female authors were less likely to receive lengthy profiles or lead features than their male counterparts.

These patterns in Australian reviewing combine to reinforce the perception that books by men are for everyone, while books by women are of interest only to women, and that men’s writing is more deserving of reflection, recognition and review than that of women.

Notes on the data: anthologies and other books with both male and female authors were excluded from this Count. Every effort has been made to ensure these statistics are accurate, and any publication for which we were unable to obtain sufficient or reliable data has been excluded from the Count. This Count surveyed print publications only. We welcome corrections or comment via info@thestellaprize.com.au

Read Veronica Sullivan on compiling the Count in Kill Your Darlings here and the Stella Prize’s Executive Director, Aviva Tuffield, on the implications of the Count in the Age here.