The State Library, as the legal deposit collecting institution for Victoria, has strong holdings of Victorian women’s writing from the mid-19th century onwards. But just having a book in this vast collection is no guarantee of prominence, and an author who is less widely read than I think she deserves is Lesbia Harford (1891-1927). Born in Melbourne in middle-class comfort, she lived with a congenital heart defect that would bring about her early death at just 36. But in her brief life, she achieved a great deal as an activist, a poet and an early female graduate of the law school at the University of Melbourne in 1916 (incidentally in the same class as Robert Menzies). An anti-war and anti-conscription activist, she was involved in union activity at the clothing factory where she went to work for a period, and was a member of the Industrial Workers of the World. Much of her surviving poetry dates from this part of her life, and shows her political solidarity with the disenfranchised and the powerless in Australian society.

Most of Harford’s poetry was shared only privately, in her own notebooks and in letters to friends; she only published a handful of poems publicly in her life. She was reputed to distrust publishers, and be ‘in no hurry to be read’. There are many such examples of this in the history of women writers – one thinks of Marianne Moore, whose first publication was organised by her friends Harriet Weaver (of the Egoist Press) and H.D., somewhat to her chagrin but to our lasting benefit. We acquired a first edition of Moore’s astonishing book through the Women Writers Fund, a philanthropic initiative at the SLV which has to date helped us add 100 women’s voices to this collection, supported by the generosity of founding donors Krystyna Campbell-Pretty AM and Helen Sykes.

Harford’s few publicly published poems drew positive reviews, including from Nettie Palmer, and after Harford’s death from tuberculosis in 1927, Palmer championed her poetic reputation. Sadly, none of Harford’s own notebooks survive, lost in a house fire. In 1941, Palmer, supported by a grant from the Commonwealth Literary Fund, published a collection of Harford’s poetry. Its foreword begins: “Most of the poems in [this volume] will be unknown, even to the friends to whom the poet herself remains unforgettable.” The SLV has two copies of this important book, one in the Rare Books Collection and one in the general collection. Harford’s work has been here for generations of readers, but she is not a name well-known outside of the literary elite. I find her poetry startling and unlike anyone else writing in that period – with a light hand, she commands a devastating turn of phrase, and never shies away from the pleasure and the pain that are always hand in hand in human experience. One of my favourite of her poems reflects on this great library itself:

At ten o’clock its great gong sounds the dread

Prelude to splendour. I push back my chair

And all the people leave their books. We flock,

Still acquiescent, down the marble stair

Into the dark where we can’t read. And thought

Swoops down insatiate through the starry air.

Harford understood the importance of this great public library as a space that feeds thought and creativity, and a space of equal access, where all are welcome. With the Women Writers Fund, we are adding women’s voices to the collection where they are missing, and also amplifying the voices already present, like Lesbia Harford.

As an Aboriginal librarian I have a variety of Indigenous female authors that have affected me.

I remember the day my Aunty Ruby Lanford [nee Anderson, alias Ginibi] came up to visit my mum, her Titta, Rita Bostock [nee Anderson] and was telling me that she was going to write a book about her life and call it “Don’t Take Your Love To Town” based upon her favorite Kenny Rogers song. Aunty Ruby went on to win the New South Wales Premier’s Literary Awards Special Award and Australia Council for the Arts Writers’ Emeritus Award.

Each book has a special history for me such as Marnie Kennedy’s Born a Half Caste which was one of the first books Loris Williams introduced me to when we started working together at the John Oxley Historical Library. Then came Jackie Huggins’ and Rita Huggins’ book Auntie Rita – two people I respected, especially Aunty Rita Huggins because she was ever so sweet to my down syndrome sister Janna.

I became proud of Indigenous women who were telling their stories such as Dulcie Polowea Isaro’s The Day Palm Island Fought Back, and the Marching with A Mission achievements of the Cherbourg Marching forum. I enjoyed Marcia Langton’s easy to read and comprehend Welcome to Country summary of Indigenous history, and adored the very funny writing of Vivienne Cleven’s Bitin’ Back, as well as Finding Eliza: Power and Colonial Storytelling by Larissa Behrendt.

I was there for the book launching of Thancoupie Gloria Fletcher’s Thanakupi’s Guide to Language and Culture: A Thaynakwith Dictionary and Fiona Foley’s Bogimbah Creek Mission: The First Aboriginal Experiment.

I have bought every one of these books and more, and I find it really hard to choose one. Especially, as I believe all Indigenous Australian female writers deserve to be in the ‘canon’.

If I must choose one book that has impressed me recently it is the investigative work done in Unmasking the Racial Contract: Indigenous voices on racism in the Australian Public Service by Debbie Bargallie. This book goes beyond telling the story of people’s lives or their culture, to understanding Indigenous race issues in society. This is an issue that has been highlighted by other women such as Reni Eddo-Lodge’s Why I’m No Longer Talking to White People About Race, Robin DiAngelo’s White Fragility, and Rosalind Kidd’s The Way We Civilise: Aboriginal Affairs – the Untold Story, but from an Aboriginal woman’s viewpoint.

In the Australian children’s literature world, Nova Weetman is one of our best. She writes beautifully authentic stories for young readers about growing up, and she is especially lauded for her middle grade fiction. However, one of her lesser known young adult titles is an absolute stand out for me. It is confusing that Frankie & Joely didn’t receive as much attention as some of Nova’s other work, and I think it deserves to be on every school library shelf. This coming-of-age tale takes a deep dive into the messiness of female friendship and gives you a real sense of what it’s like to be a teenager. I love the Australian outback setting and the dual perspectives.

Whether or not Jaclyn Moriarty’s Ashbury/Brookfield novels are in the canon is perhaps arguable, but I would vote for bringing them back to our attention. They were some of the first novels I read as a very young teen that made me ache with how familiar and Australian they were, without realising at the time that it was the strong sense of place and identity within them that drew me to them. I still read them every few years to remember that feeling.

I’d also argue to include Alison Evans’ Euphoria Kids. Alison is a wonderful non-binary writer, and while they aren’t unknown by any measure, I wish everyone would read EK! It’s the most beautiful portrait of transness and identity, belonging and magic, the danger and the absolute joy in suburban Australian queerness. I have gifted Euphoria Kids multiple times.

My favourite unknown book by an Australian woman is Storymen by Hannah Rachel Bell. Published in 2009 it was a unique telling of Indigenous and Non-Indigenous friendship and cultural assumptions. I loved the way Bell wrote and the decades of friendship shown especially between her and the amazing Ngarinyin lawman Bungal (David) Mowaljarlai.

Jeanine Leane’s, Purple Threads (2011) needs to be much more widely read. If you enjoyed Anita Heiss’ Bila Yarrudhanggalangdhuray, try Purple Threads as well. Jeanine is a Wiradjuri writer, poet and academic. Her 2018 book of poems, Walk Back Over is also never far from my hand – and is one of my go-to book gifts for people.

Where the Trees Were by Inga Simpson was a real find. It was her third novel but this book was my introduction to her writing. Her novel Nest was shortlisted for the Stella Prize in 2015. Despite these accolades, many people have not heard of Inga. Her writing is lyrical and her stories always contain compelling characters. At the heart of her books are poetic descriptions of the natural world which evoke a sense of nostalgia and the feeling of seeing the world described right in front of your eyes. If anyone asks for a good book, I always direct them towards Inga’s novels.

Being Tasmanian, I feel compelled to nominate a Tasmanian author here: The Octopus and I by Erin Hortle. This book read like the work of a seasoned writer, however it was Erin’s stunning debut. The book is recognisably Tasmanian, but its themes of friendship, self-discovery, human-animal relationships, and environmentalism are universal.

If I can sneak in two, I would suggest one that was published some time ago but I only read recently and found to be incredibly powerful – it’s not really undiscovered as it’s a classic but I expect a lot of people aren’t aware of it – The Watch Tower by Elizabeth Harrower. The book is set in Sydney in the 1940s and evocative of the city and the era, while representing some very modern themes.

My second choice – which may be somewhat undiscovered at the moment but I’m sure that won’t be the case for long – is The Night Village, the first novel by Zoe Deleuil, a Western Australian writer who lives in Berlin. The story absolutely resonated with my experience of being a new mother and also has a mystery element. 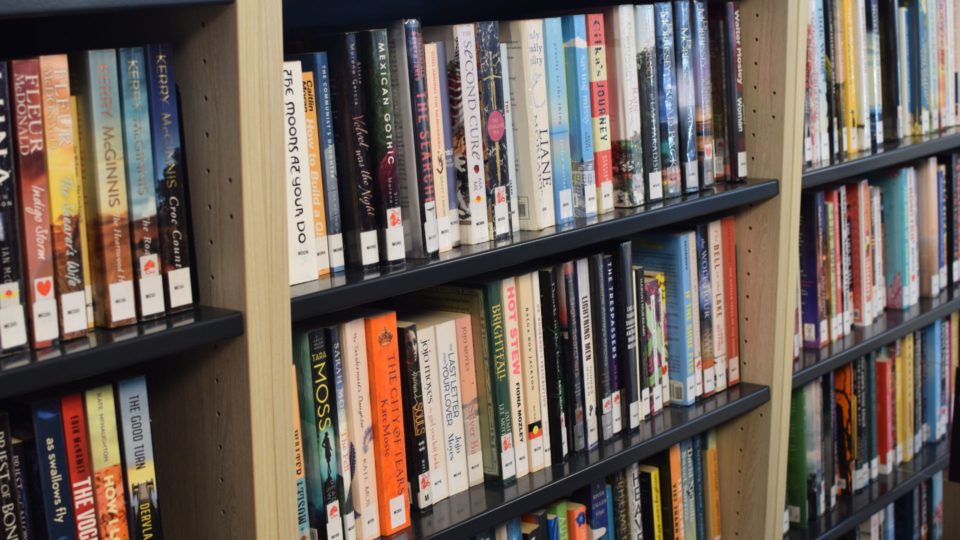 Ask a Librarian: Reader trends across the country

From Aussie crime fiction to YA graphic novels, librarians share the trends and appetites they’re seeing in readers across the country.