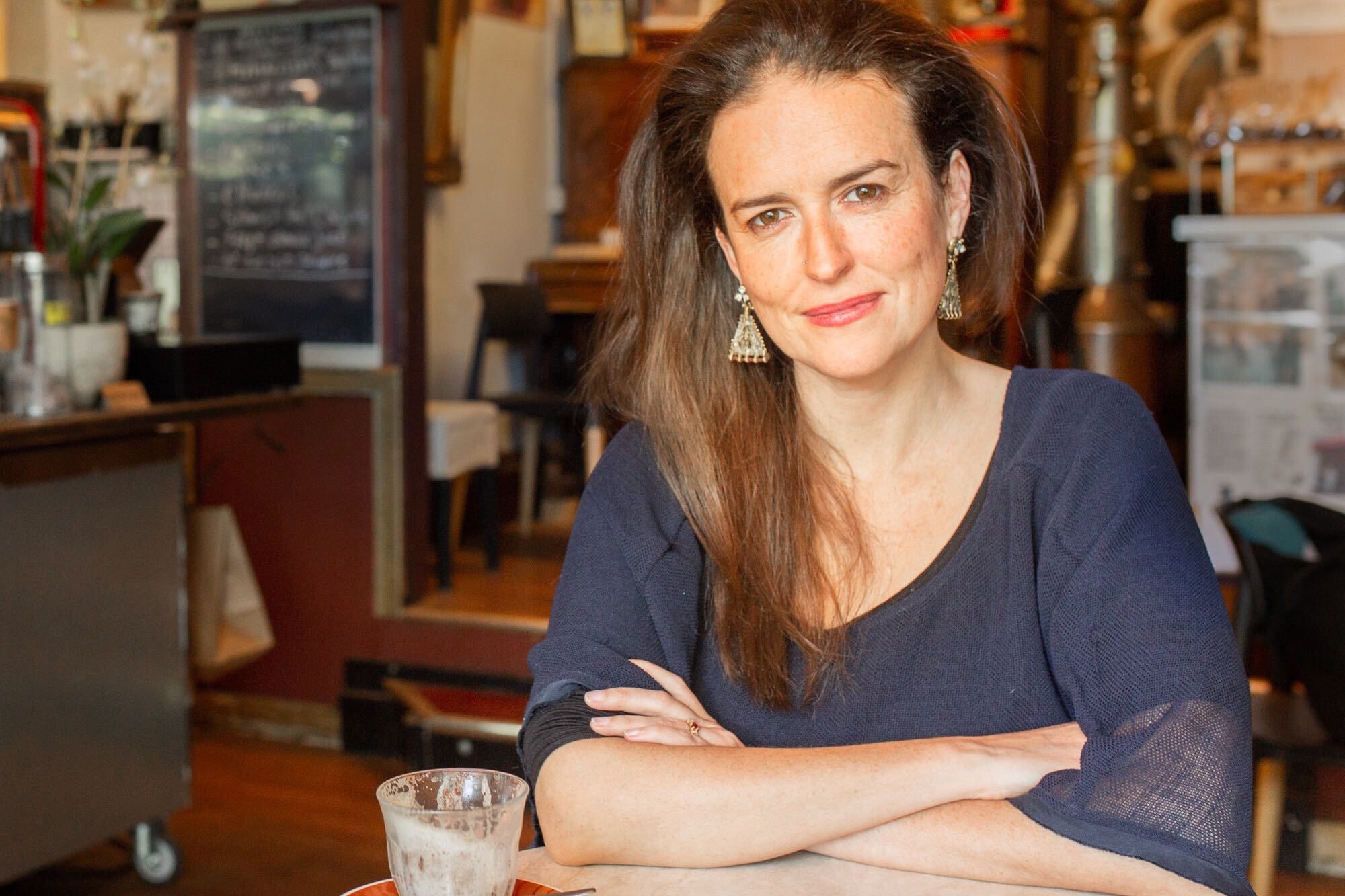 In her new Quarterly Essay, 2020 Stella Prize-winner Jess Hill looks at how #MeToo is changing Australia. We took the opportunity to ask her a few questions.

Your new Quarterly Essay charts the development and impact of the #MeToo movement in Australia. What was the experience like of looking back across the movement, from the vantage point of 2021?

Exhilarating, and deeply unsettling. It’s tempting to be cynical, especially this year, about whether we are seeing any progress on the issue of gendered violence, but when you take a bird’s eye view, the advancements are astonishing. That’s particularly true at a cultural level: the elevation of some victim survivors to hero status over the past few years, from Rosie Batty to Saxon Mullins, Grace Tame and Brittany Higgins, is an historic shift that we should not underestimate. The next evolutionary step for this movement is for our culture to go beyond centring the ‘ideal victim’ – white, articulate, able-bodied and attractive – to elevate women from a variety of backgrounds.

#MeToo began its journey in the US, and quickly found expression across the world. In what ways has Australia’s experience and interpretation of the movement been unique?

It would be fascinating to do a cultural comparison across the 135+ countries in which #MeToo went viral, to see what it was about the existing culture that got magnified by the heat the movement generated. In Australia, we tried initially to just copy what happened in the US, but soon found that our cultural conditions were not the same. We don’t have the same culture of transparency, for one – Australia is a secretive culture, and we have a long history of making sexual violence invisible. As authors like Melissa Lucashenko have pointed out, Australian men have been covering for their ‘mates’ since white settlers maurauded the Australian bush on ‘gin sprees’, abducting and raping Indigenous women and girls. We make sexual violence invisible in this country in so many ways: through the masculinist culture of ‘mateship’, in which loyalty to your mate is paramount (and traitors are punished), as well as through our strict defamation laws, which make it exceedingly difficult to name perpetrators without a criminal conviction. So we didn’t see dozens of powerful men outed, like they did in the States, and we didn’t see an instant change in the culture of accountability like we did in both the US and the UK. Here, things happened more slowly, until the dry tinder that had been laying around since 2017 finally caught fire his year in our nation’s parliament.

Throughout the essay, you chart the ways in which stories of sexual assault are often handled – and mishandled – by the Australian press. How do you think journalism has changed over the course of #MeToo in its reporting of these stories?

It was a privilege to work with the feminist journalist and analyst Kristine Ziwica on this essay, who has not only written extensively about the #MeToo movement but paid close attention to how media has reported it. One of the key insights she showed through her research was how almost all of the women who became #MeToo figures in 2017 and 2018 were outed in the media without their consent – a totally different story to what happened in the US. Some were treated abominably, particularly the former Melbourne City councillor Tessa Sullivan, whose story is in the essay, and was aggressively targeted by the Murdoch press and other powerful Melbourne media men in the wake of her (private) allegations against former Lord Mayor Robert Doyle. I think it’s still likely that a woman coming forward in 2021 could face that same tabloid treatment, but the culture in journalism more broadly has changed radically – journalists know what a slut-shaming campaign looks like, and they are more willing to challenge that now, and to shame their peers for that kind of reporting. I also think the Gillard era was a steep learning curve for many press gallery journalists, particularly the prominent female reporters we’ve seen leading the coverage this year. The mistakes from that time – namely, not doing enough to expose the virulent sexism and misogyny that was used strategically against Gillard – have not been repeated this year. I believe the lessons learned during that time – combined with the rapid community education on sexual violence and the tactics of backlash – prepared many of our most prominent journalists to not only pursue this story vigorously, but be much more alert to political attempts to spin it.

Much of your work looks at the role of shame and humiliation as powerful forces ­– both for victims and perpetrators of domestic and sexual violence. How has #MeToo changed our understanding of shame?

I think #MeToo has done something extremely powerful with shame. It has platformed a new generation of women who refused to be silenced by the shame of their assault, and instead brazenly put it back where it belongs: with the men who harmed them, and the people who protected their perpetrator. It’s not that these women don’t feel shame – it’s that they publicly reject the notion that they should be the ones to carry it.

In both your Stella Prize-winning book, See What You Made Me Do, and this latest essay, you look at the role men can play in prevention and education around gendered violence. In what ways are men currently being included – or excluded – from the #MeToo movement?

The #MeToo movement began, in its hashtag iteration, as a tidal wave of anger. It was clear from the outset that women were not interested in hearing from men about this; that the best thing men could do was shut up for once and listen. Men who had done harm were expected to disappear, even if they showed remorse, because so many women were done with being manipulated by what they considered to be opportunistic apologies. Four years in, the rage has abated somewhat, and there is a lot more discussion about how men can be allies against sexist oppression and violence. The #MeToo movement triggered a lot more discussion on the ways in which patriarchy harms men, too, and why, in the words of the late great bell hooks, ‘feminism is for everybody’. But I think there are a lot of men who want to do something, but don’t know what their rightful place is in the movement. Men tend to be individualist in their feminist advocacy – there are very few collectivist men’s movements, aside from White Ribbon, which is emerging out of a very troubled history in Australia. I think we need more feminist leadership on how to mobilise and encourage men who want to help, because the fact is, we can’t stop gendered violence without them.

As we near 2022, what do you see as the biggest opportunities and challenges for the #MeToo movement?

Honestly, there are too many to list, but for starters, I’d like to see us deepen community understanding about grooming and coercion. For many victim survivors, the actual incident is just one part of what happened to them – everything that happened before and after is just as important, and can be even more harmful. In fact, some of the worst and most damaging abuse may never manifest into a single blockbuster incident, but instead be more like death by a thousand cuts. Grace Tame’s work on grooming this year has radically shifted our understanding of child sexual abuse.

The next challenge is to get a federal government that not only has the will to bring about deep structural change, but also the courage to do it properly the first time. No more watered-down reforms – we don’t have time to do things by halves. We need to show perpetrators of sexual harassment and violence that there will be a cost for the harm they cause, and we need to make it a legal obligation for employers to prevent their workplaces being a site of ongoing harm.

For feminists, I think there’s a need to bring more numbers and energy to political organising. It’s so difficult to invest time in advocacy when there is so much crisis work to be done, and some feminists think it’s a waste of time to engage with power, which is understandable. But for those do want to get into the business of reform, I think there needs to be some way of capturing the momentum in the way the youth climate movement has done, and to think much more strategically. The March 4 Justice was a great, spontaneous outpouring of rage and solidarity, but little was done afterwards to direct that energy.

For many men, the challenge is the same as it’s been since second-wave feminism hit in the 1970s: what will it take for you to modernise? Women (and non-binary people) have been reassessing the dictates of gender, and how to overturn them, for over 50 years, allied by some courageous men. This is work that has ultimately benefited everyone. The next step for #MeToo, I think, is in men finding where their place is in this work, and in realising how their lives are severely limited by the strictures of patriarchy.

The Reckoning: How #MeToo is Changing Australia is out now with Black Inc