Announcing the winner of the 2021 Stella Prize 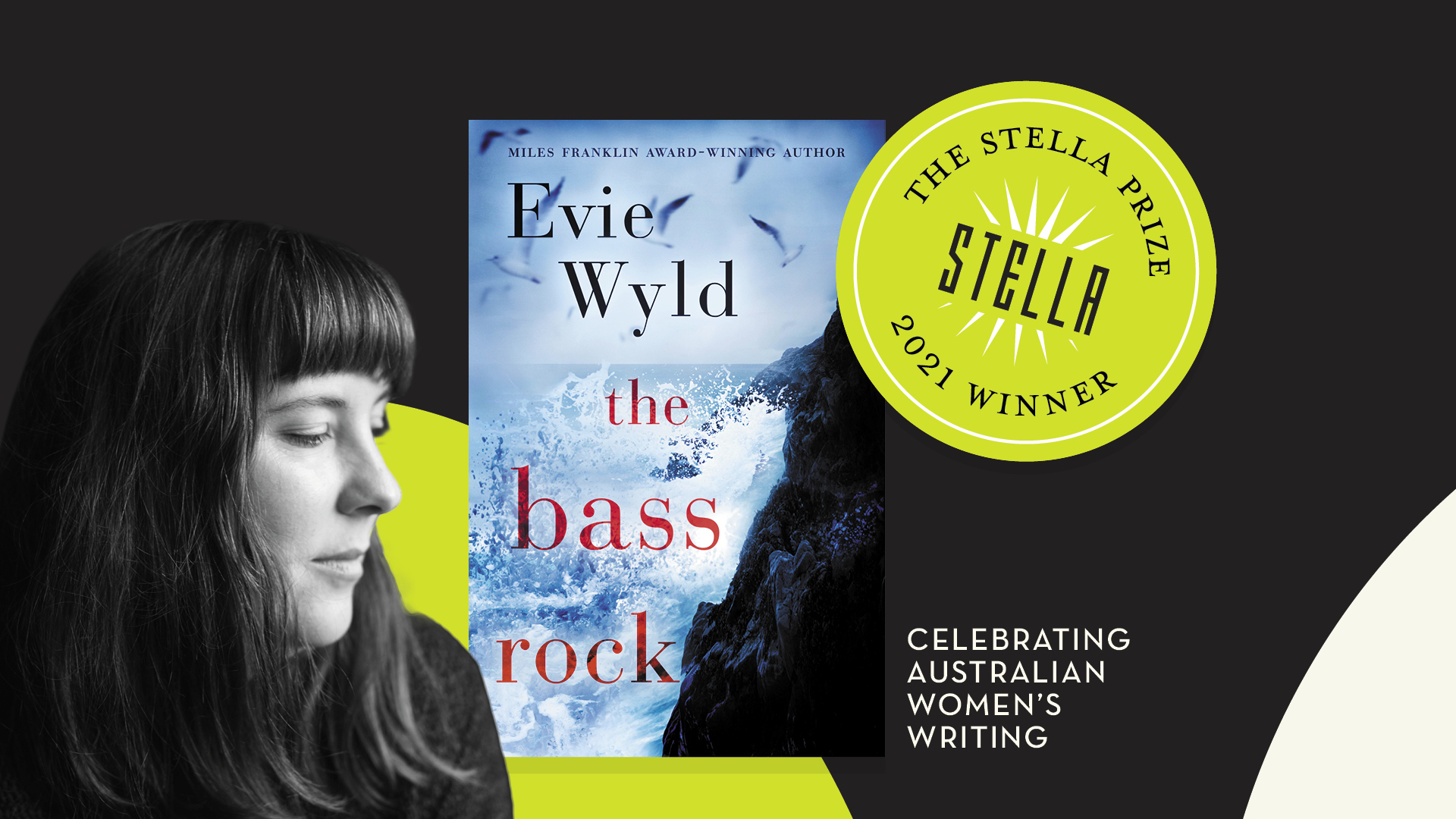 Stella is delighted to announce Evie Wyld’s gothic tale of toxic masculinity, The Bass Rock, as the 2021 Stella Prize winner.

The $50,000 Prize, sponsored by the Wilson Foundation, was awarded tonight during a special evening of storytelling and ideas, hosted by much-loved stage and screen icon Noni Hazlehurst AM. The broadcast featured a response to the theme, “If They Could Talk: On Voice and Voicelessness” from each of the six shortlisted authors (Rebecca Giggs, S.L. Lim, Laura Jean McKay, Louise Milligan, Mirandi Riwoe and Evie Wyld), as well as a keynote address from Gamilaroi writer and academic Amy Thunig.

The Bass Rock is a novel that weaves together the lives of three women across four centuries. It explores the legacy of male violence and the ways in which these traumas ripple and reverberate across time and place for three central female characters. Each woman’s choices are circumscribed, in ways big and small, by the men in their lives. But in sisterhood there is the hope of survival and new life.

Zoya Patel, Chair of the 2021 Stella Judging Panel, says of the winning book:

“The Bass Rock is a consuming and perplexing book, one that forces the reader to think and engage with the unique narrative structure, but in a way that feels effortless, so engaged are you by the story. This is a novel that demonstrates the author’s versatility of style, with the separate narrative parts each having an individual voice. And yet, at no point does the book feel disjointed. Instead, it is as though Evie Wyld has chosen each and every word with precision, building a novel that is a true work of art.”

A writer at the top of her game, and no stranger to awards, Evie Wyld’s 2021 Stella Prize Award comes in addition to her 2014 Miles Franklin Award. Of winning this year’s Prize, Evie Wyld says:

“To be in the company of writers as talented as the shortlist, and the longlist, has been a massive privilege and there is a huge amount to learn from all of their brilliant books. I thank them, and I thank my publishers around the world, my literary agent, and the wonderful team at Stella. This prize continues to say loudly that the work of women and non-binary writers matter. And for that I am extremely grateful.”

Evie Wyld grew up in Australia and the UK. She is part owner of Review, a small independent bookshop in London. Her first novel, After the Fire, A Still Small Voice, won the John Llewellyn Rhys Prize and a Betty Trask Award, and was shortlisted for the Orange Prize for New Writers, the Commonwealth Writers’ Prize and the International Dublin Literary Award. In 2013 she was listed as one of Granta’s Best of Young British Novelists. Evie’s second novel, All The Birds, Singing, won the 2014 Miles Franklin Award, the 2013 Encore Award, the Jerwood Fiction Uncovered Prize, was shortlisted for the Costa Novel Prize and the James Tait Black Memorial Prize, and longlisted for the 2014 Stella Prize and the Baileys Women’s Prize for Fiction. Her graphic novel with illustrator Joe Sumner, Everything Is Teeth, was published in 2015.

“Year on year the Stella Prize demonstrates the power of Australian women’s writing. This year’s incredible shortlist – all books published across 2020 – were all worthy contenders, each offering something unique and skilful in their own right. I’m so pleased to congratulate Evie Wyld on winning the 2021 Stella Prize for The Bass Rock, a gripping novel that is unlike anything I’ve read before. Evie Wyld joins eight years of Stella Prize alumni, or as Jess Hill said in her own 2020 Stella Prize acceptance speech, “…a group of writers at the height of their craft.”

The Wilson Foundation is the generous sponsor of this year’s prize money:

“Over the last year, the voices and stories of many more courageous Australian women are now finally being heard. The Stella Prize’s role in showcasing and celebrating the vast talent and voices of Australian female authors has never been more significant. The Wilson Foundation feels privileged to continue its support of the Stella Prize.”

Stella is grateful to the ongoing support of The Trawalla Foundation, allowing each shortlisted author to receive $2,000 in prize money. This is in addition to the $1,000 awarded to each longlisted author, thanks to the generous support of the Copyright Agency’s Cultural Fund.

This year, the Stella Prize marks its ninth year celebrating Australian women’s contribution to literature. Since its founding, the Stella Prize has become a flagship feature of the Australian literary calendar, significantly boosting book sales and raising author profiles. Over the years, the $50,000 prize has been awarded to:

2013 Carrie Tiffany for Mateship with Birds (Pan Macmillan)
2014 Clare Wright for The Forgotten Rebels of Eureka (Text Publishing)
2015 Emily Bitto for The Strays (Affirm Press)
2016 Charlotte Wood for The Natural Way of Things (Allen & Unwin)
2017 Heather Rose for The Museum of Modern Love (Allen & Unwin)
2018 Alexis Wright for Tracker (Giramondo)
2019 Vicki Laveau-Harvie for The Erratics (HarperCollins)
2020 Jess Hill for See What You Made Me Do (Black Inc.)

Over these past nine years, the Stella Prize has become a flagship feature of the Australian literary calendar, significantly boosting book sales and raising author profiles.

Watch (or re-watch!) an hour of storytelling and ideas to mark the announcement of the 2021 Stella Prize: