Skip to content
Stella > Explore > Tilting Away From The Male: Susan Johnson on the 2017 Stella Count
Features

Tilting Away From The Male: Susan Johnson on the 2017 Stella Count

With the sixth Stella Count recently released, author Susan Johnson examines why gender bias in book reviewing matters, and how the Stella Prize and the Stella Count has changed Australia’s literary landscape.

If we know intellectually that a work of art has no sex – as the American author Siri Husvedt has written – we still don’t quite believe it. Music and paintings and books exist without bodies, but it seems we can’t forget the male or female body who made them.

You think the sex of the artist doesn’t matter? Before we get to the 2017 Stella Count, which surveyed twelve national, state and regional publications to assess the extent of gender bias in Australian book reviewing and in, related data, examined the gender of reviewers and journalists, here’s some potted art history showing the extent of our cultural bias towards men.

In a comprehensive world-wide study of more than a million art auction sales across 40 years, works by women artists attracted prices 47.6% lower than works by men. That’s right: a piece of art made by a woman is worth nearly half that made by a man.

Published in January, the combined study by UNSW Sydney, Luxembourg School of Finance, UTS Business School and Erasmus School of Economics in the Netherlands, examined 1.5 million auction transactions in 45 countries between 1970 and 2013.

The researchers also ran a couple of experiments: in one, people were asked to guess the gender of the artist in 10 art works, half of which were painted by women. Participants were then asked to rate how much they liked the paintings on a scale of 1-10, allowing researchers to measure whether perceived gender might affect appreciation of the work.

Results showed participants were unable to accurately guess the gender of the artist by looking at the painting. However, artworks perceived (my emphasis) to be painted by women were rated lower by participants who were male, affluent, and who visited art galleries. In other words, by the same blokes who are the cultural gatekeepers and influential buyers of art.

“Our results reveal the struggle and cultural bias facing female artists in getting recognition and true compensation for their work,” said UTS’s Associate Professor Marco Navone.

Gender equality arts policies, eh? If we don’t have ‘em in politics, we have ‘em in the work place. As if #MeToo wasn’t enough – women banging on about something they’re not happy about again – now they want gender equality policies for bloody artists.

Was will das Weib? What does woman want, asked Freud nearly a century ago. One thing she wants – then as now – is for her art to be listened to or viewed or read, unsexed.

She wants to make a work of art that is itself, and free. But she also has another job: it seems she must also prove how you devalue her work or overlook it or put it in a box marked “small” or “confessional” or “a woman’s book”.

First, she must show you how you preference the work of men over hers.

What surveys such as the annual VIDA count from America and Australia’s own Stella Count attempt to do is make a biased culture visible. VIDA, an online resource for women in the literary arts, has been counting book reviewing data since 2010 to create awareness that “the sloped playing field is not going unnoticed.”

As outgoing Stella Prize Executive Director (and co-founder) Aviva Tuffield recently wrote, gender bias is often unconscious: it’s not as if literary editors and prize judging panels sit around in meetings saying, “(All) books by women under the table…right, what’s left?”

Australia’s Stella Count is an offshoot of the successful Stella Prize for women writers, established by a group of female writers, editors and publishers (including Tuffield) in 2012. Decades of systematic exclusion from Australia’s premier literary prize, the Miles Franklin, meant that between the years of 1957 – when it was established – and 2011, only eleven women won it in its 55-year history. The Stella Prize was named in honour of Stella Maria Sarah Miles Franklin’s first name.

The prize was up and running by 2013 as a means of recognising excellence in Australian women’s writing, fiction or non-fiction, with book reviewing data collected in 2011 published as the first Stella Count in 2012. Last year, for the first time, the Stella Count also surveyed broader media including radio and TV, as well as examining the gender of reviewers and journalists in byline data from six literary journals and other publications.

The collected data aims to flush out prejudice about “women’s writing” (whoever heard of “men’s writing”?), to not only get literary editors to sit up and pay attention, but to alert readers.

The evidence is that blokes generally don’t read books by the ladies, and nor do male reviewers (in the Stella Count across all 12 publications, only 28% of books by women were reviewed by male reviewers). Anne Enright writes of meeting male readers everywhere “who are happy to say that they don’t read women. They. Just. Can’t. There are so many problems ‘with’ women. They write about feelings and not facts…They go all fuzzy on you.”

This general bias against women’s books was reflected in the inaugural Stella Count, when only 40% of all books reviewed overall, in all publications – including national, metropolitan and regional newspapers, journals and magazines, both print and online – were of books written by women (the Australian Financial Review was the worst performer, with only 21% of its total reviews books by women).

The 2017 data, however, reveals this figure has dropped to 46%. Some publications continue to be outstanding – most notably Books + Publishing, with 68% of reviews of books by women and The Monthly, which in 2011 reviewed only 26% of books by women, but which has now surpassed gender parity, with 52% of its reviews made up of books written by women. Of the overall number of books reviewed in The West Australian, 57% were books by women. The Australian Financial Review has picked up its act, too, with 43% of its total reviews being women’s books (although this is a drop from the 2016 count, when it stood at 45%).

Some publications have performed worse over time, most notably Australian Book Review – arguably one of the leading gatekeepers of Australian literary culture, represented in all major international library and academic collections. In 2011, 45% of its reviews were of women’s books: in 2017, only 38% of its overall reviews were of books written by women. The Weekend Australian sits on the same percentage, a fall from the 2016 count, which was 42%.

And here we get to an even trickier bit: the types of books being reviewed, which books and authors have the biggest clout, the most space, and which books get the lead reviews and – equally importantly – the leading reviewers and journalists.

Across all twelve publications in the overall Stella Count, books by men – of any genre – get the larger “important” reviews space, almost twice the size of women’s books (400 large reviews for men, compared to 226 large reviews of books by women).

The gender of reviewers and journalists matters too: in the byline data from six influential literary magazines and newspaper magazines, 56% of all stories were written by men.

Arguably, it’s still male literary editors, journalists, publishers and reviewers who have the most clout, which is not to imply these same men haven’t also championed the work of individual women writers.

But it’s these major players – in choosing to review only 28% of books by women across all 12 publications –  who help shape our culture and build the literary canon we teach future generations. And “literary value” must be acknowledged as a cultural construct within a male world: clearly, we still preference a chatty, funny, “confessional” colloquial writing style if it’s in a book by American Nobel laureate Saul Bellow say, rather than in a book by Lorrie Moore.

Sometimes, only certain types of women’s writing is anointed, and of course there’s never enough love to go around for an old female writer: as the New York women’s art activist group The Guerrilla Girls declared years ago, one of the advantages of being a woman artist is “knowing your career might pick up after you’re eighty”.

Some of Australia’s most garlanded women writers were “discovered” or “re-discovered” in their late middle-age or even old age, including Olga Masters, Elizabeth Jolley, Amy Witting and Elizabeth Harrower, their reputations built largely through the championing of influential male literary critics, reviewers and publishers.

The great French-American artist Louise Bourgeois (another woman “discovered” – as if under a rock – in late middle-age) put it more bluntly: “A woman has no place as an artist until she proves over and over that she won’t be eliminated.”

The Stella Prize and the Stella Count are not only crucial pieces in the armoury of every woman writer working hard at not being eliminated but, ultimately, of enormous benefit to readers. Aviva Tuffield says their consequences have been far-reaching: awareness of women’s books has increased exponentially and in the past five years, four out of five Miles Franklin winners have been women and 2013 saw a first-time all-women short-list.

More books by women have been added to English curriculums, resulting in gender parity, a rapid growth even from 2014, when 68.8% of books studied were books by men.

The Stella Prize and Stella Count have not been without their critics: notably that the prize fails to include poetry. More grievously, the prize was criticised for being for white women only, and the Stella Count for ignoring how issues of race, ethnicity, disability and sexuality affects the rate of books reviewed by women. An attempt at a Diversity Count was made in 2016, but response to a self-identifying survey proved statistically insignificant. Stella co-founder and board member, author Sophie Cunningham, says the board has taken diversity criticism to heart and aims to address it.

But whatever the criticisms, the Stella Prize and the Stella Count have already achieved what they set out to do: to alert our tilted culture to the angle of its tilt. Eyes have been opened, even if there is still work to be done. Time, gentlemen, time.

Susan Johnson is an author and a journalist at The Courier-Mail.

You can explore the 2017 Stella Count online now. 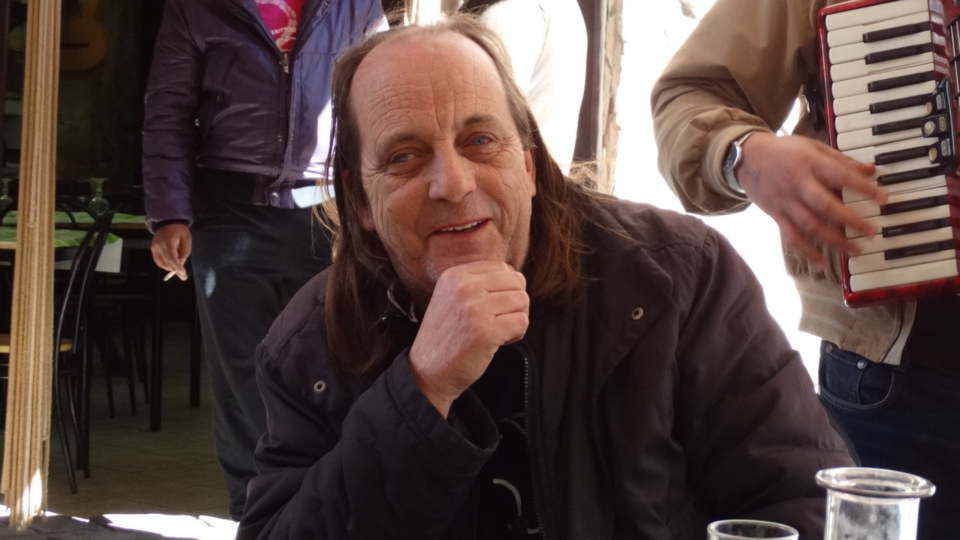 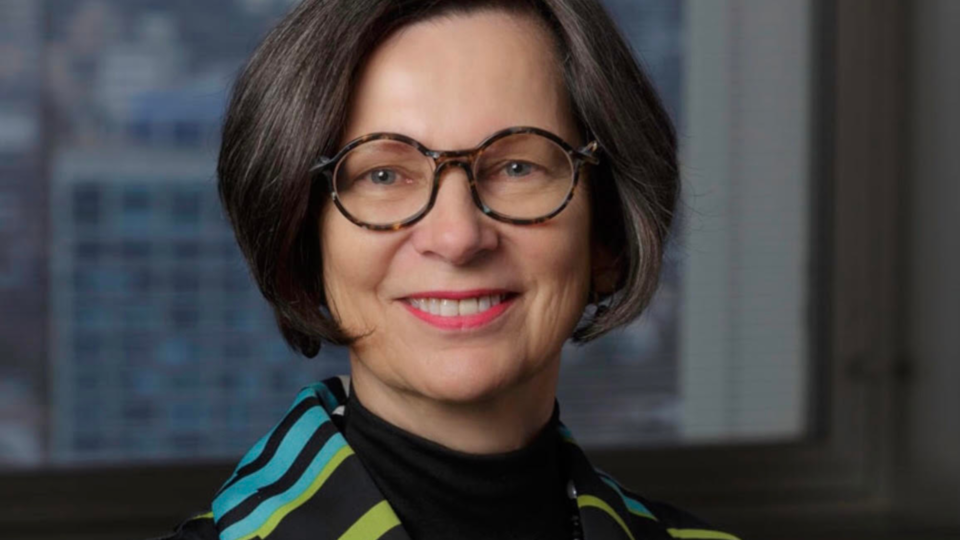