Advice to My Teenage Self – Melbourne 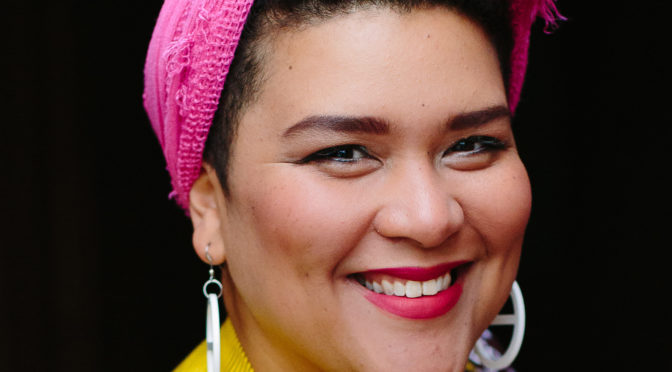 In the lead-up to Girls Write Up Melbourne on May 31 & June 1, we asked some of the festival artists to tell us what advice they would give to their teenage selves.

Their responses are funny, honest and full of fascinating personal insights. They also prove that while growing up can be tough, it can also be an empowering time, a time to find your voice and learn to trust it. 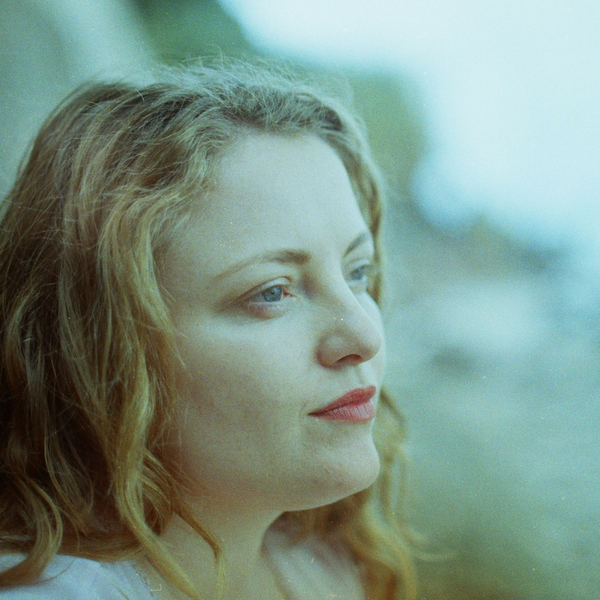 It’s okay, you’re okay. You are not abnormal, or weird, or different, or weak for having feelings.

You don’t have to always be the strongest person in the room. You are a person, and people are vulnerable, people feel. Sharing these feelings strengthens us all.’

Eloise Grills is a writer, editor and comics artist living in Footscray. Her comics, poems, illustrations and essays have been published widely, in places like Meanjin, The Lifted Brow, The Suburban Review and CHART Collective. She is the memoir editor for Scum Magazine, tweets and grams from @grillzoid and shares art through her Patreon: www.patreon.com/grillzoid/. 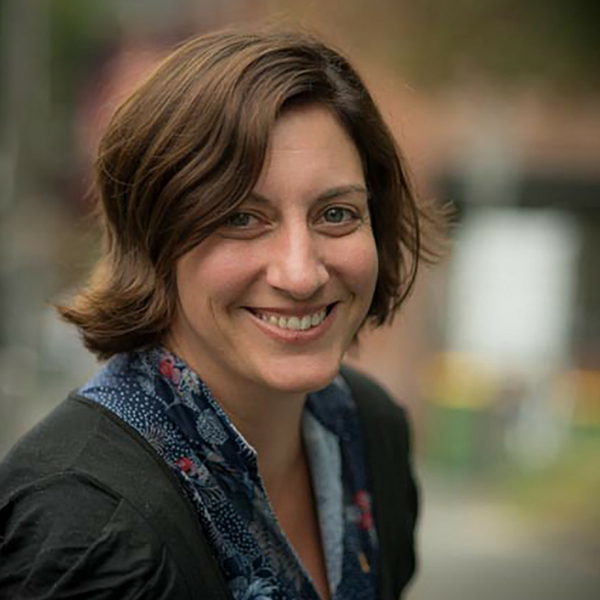 ‘If I could say anything to my teenage self it would be: stop trying so hard, you are okay as you are. This feeling of not-fitting-in is more universal than you think. Life is scary, but it can also be beautiful and there are many things to love. Keep reading, keep dreaming, keep noticing, keep thinking. Stay open.’

Simmone Howell’s YA novels include Notes from the Teenage Underground, Girl Defective and Take Three Girls (with Fiona Wood and Cath Crowley). Her non-fiction on houses, pop-culture, maps and memories, has features in various Fairfax publications, Overland, Kill Your Darlings and Dumbo Feather. She is currently undertaking a PhD at LaTrobe University on life-writing and coming of age narratives 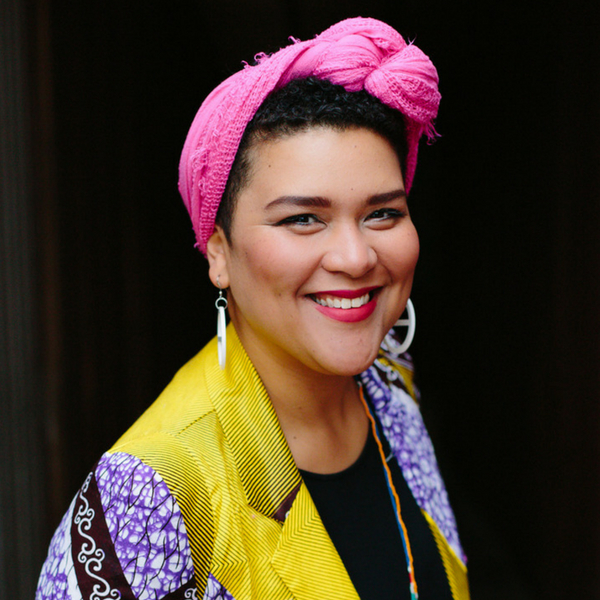 ‘You’re doing it- keep questioning, keep being curious and keep seeking radical black women across art-forms to inspire you. Your “otherness” is a POSITIVE. You are taking up space. Keep writing, keep speaking up and keep dancing your heart out. The courage to be yourself in a cruel world will serve you into the next battleground. I love you.’

Candy Bowers is an award-winning theatre-maker, playwright, actor, poet, speaker, activist and producer. The co-artistic director of Black Honey Company, Candy has pioneered a fierce sub-genre of multidisciplinary hip hop theatre that delves into the heart of radical feminist dreaming and produces work that stills hearts and provokes minds. 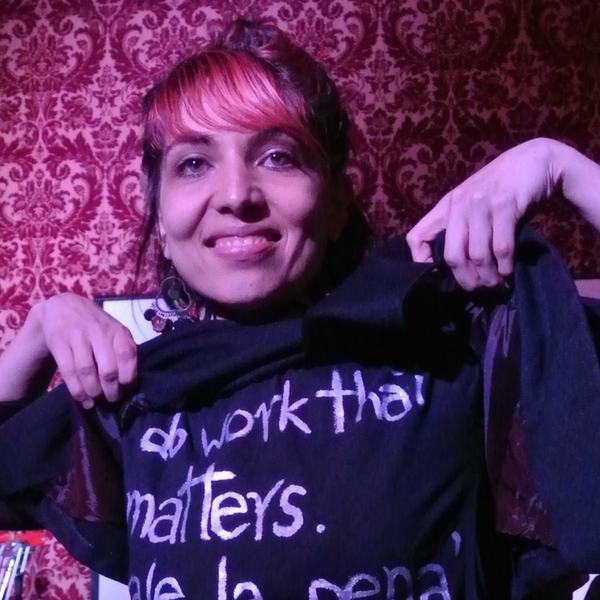 ‘Stop being so serious!! There’s plenty of time to figure out who you are and what you’re trying to do or will do with your life. Instead of spending so much time full of self-doubt just live a little and enjoy being young. Reading and exploring ideas and your sense of creativity is fine! Not everyone is going to have a book by the time there 25 or even 30! There are so many different ways to express yourself and it shouldn’t always be within the prism of our conventional notions of success. You’ll work it out just enjoy being in the moment and stop with the ridiculous expectations!’ 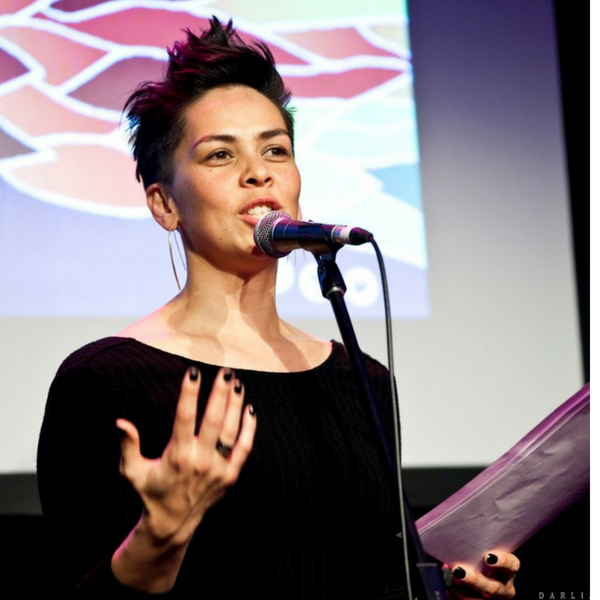 ‘Be kind to yourself. Be kind to others. And when others are unkind to you, be kinder again. Call your Nanna and tell her you love her every day. When things feel right, trust yourself. When things feel wrong, trust yourself then too.  Appreciate and be grateful for everything you have, even when it doesn’t feel like much. Good things are coming because you are going to work for them. And you’ll never regret a bike ride or a yoga class.’

A regular guest at Australian literary and arts festivals, Eleanor Jackson has been described as capable of creating “powerful quiet.” Two-time winner of the Midsumma Poetry Slam and national finalist for the Australian Poetry Slam, she delights in sharing stories.

Her poetry is published in Overland, Arc Poetry Magazine, Going Down Swinging, Peril Magazine, Scum Magazine and the Cordite Poetry Review and has appeared on FBI’s ‘All the best’, RRR’s ‘Aural Text’, 3CR’s ‘Spoken Word’, ABC Radio National’s ‘Night Air’, and the online poetry channel ‘IndieFeed: Performance Poetry.’ Her radio play, Agent Ion, was featured as a part of Radiotonic for ABC Radio National, and her short fiction, The Transfer, appeared in Review of Australian Fiction. In 2014-2015 she was Artist in Residence at La Boite Theatre in Brisbane. Her first chapbook, A Leaving, is published by Vagabond Press.

Eleanor is committed to developing and hosting events and experiences that showcase the diversity of poetic language. She is the Producer of the Melbourne Poetry Map, Chair of Peril Magazine, and a Stella Prize board member. 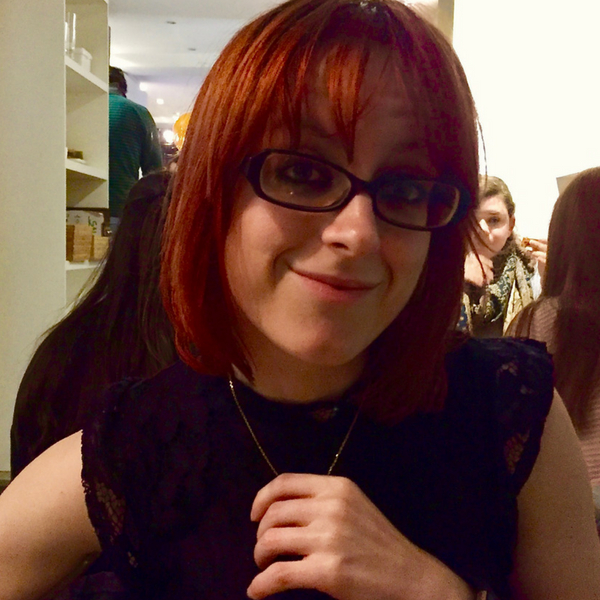 It’s hard to trust others, but don’t be afraid to open yourself to people. Your friends might disappoint you, you might feel betrayed, you might even get your heart broken (in fact, it’s bound to happen at some point). But you will survive it. You’re already braver and stronger than you think.

There are plenty of people who are judgemental but don’t worry so much about what others think. Sooner or later you’ll find your tribe, and – trust me – that will happen way quicker if you just be yourself and try to have fun along the way.’

Kali Myers is an emerging queer writer based in Melbourne. Her work explores intersections of violence, gender, sexuality and socialised identity. Her short stories and essays have previously appeared in The Monthly, Kill Your Darlings, Overland, The Lifted Brow, Going Down Swinging, Transportation Press’ Smoke One, Tincture Journal, Feminartsy, TiNA 2017 and Writers Victoria Salons. You can generally find her at the Brunswick dog park with her cocker-bear, Loki.

Girls Write Up Melbourne is presented in partnership with Melbourne Museum.

Check out the 2018 program and book a ticket for the teen in your life today.