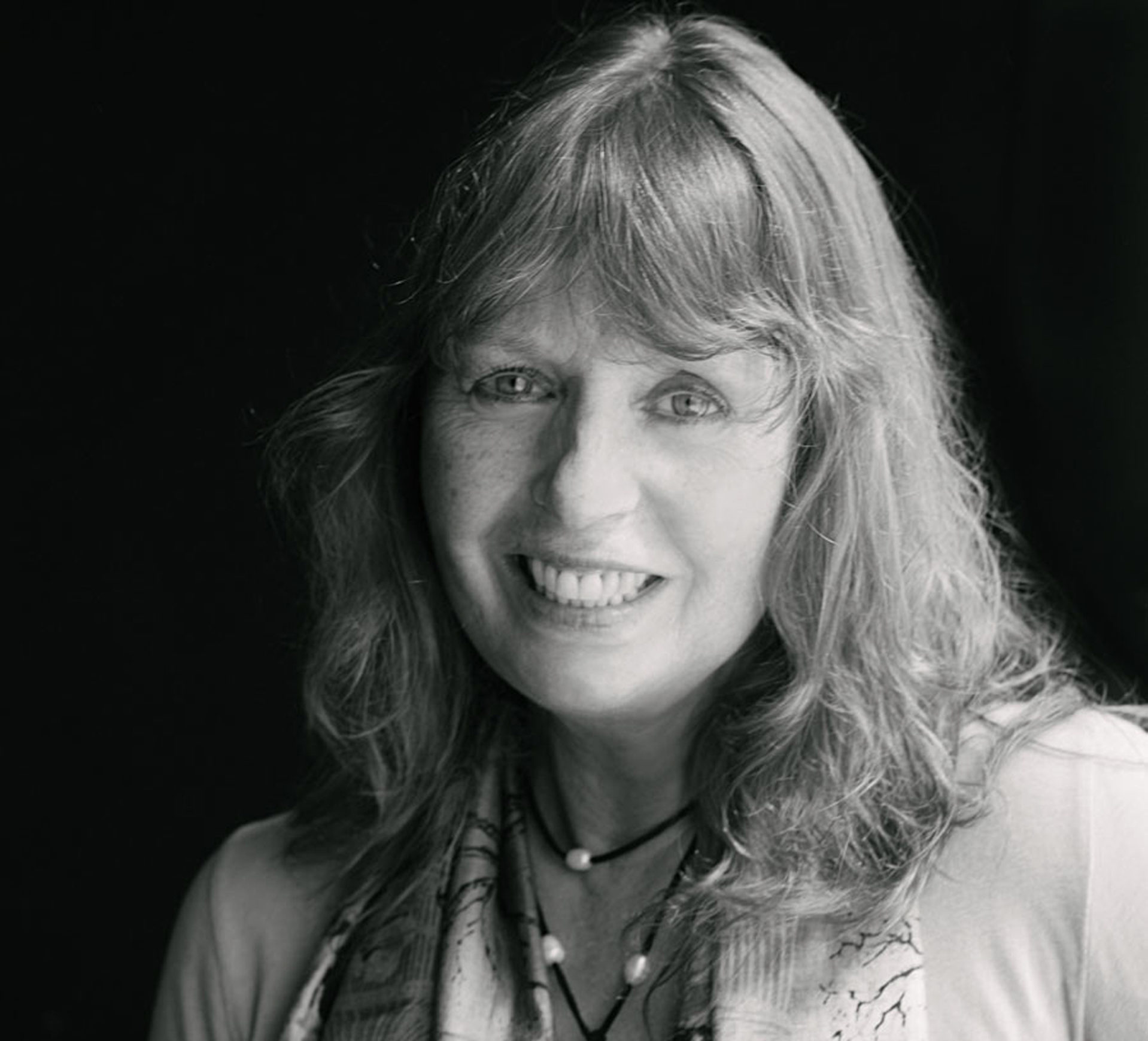 Catherine de Saint Phalle is shortlisted for the 2017 Stella Prize for her memoir of her parents, Poum and Alexandre. In this special Stella interview, Catherine discusses shifting from writing fiction to nonfiction, being mentored by books, and the differences (and similarities) between French and Australian literary culture.

You’ve written works of fiction in French and English, but Poum and Alexandre is your first work of nonfiction, a memoir about your parents. Did writing such a personal story present you with unexpected challenges?

I have always written fiction, maybe because it didn’t feel as strange as reality. Fiction brought me meaning and gave me a home. It turned the world the right side up as if I were living upside down.

When I came to Australia, later on, everything felt the right side up. I was at home in the real world for the first time in my life. In Australia, I could turn back and look at the past, and so the memoir was constellated here. Everything that had been twirling around in my head settled down in my heart and I just saw my parents, Poum and Alexandre, as they had been, or as I saw them at eight. I think a child can sometimes see things clearer than an adult.

A Welsh writer I love very much, called Margiad Evans, wrote in her Autobiography: ‘In the selection made by vision in the past lies the true solution of our being. Visions in childhood have childish form but they are not childish in themselves. By visions I mean quite ordinary things, which possessed for some reason extraordinary powers. Everything happened to me when I was a child, and though all vestiges of my childhood are gone out of the world, what was deepest in me then is my depth still.’

I think the real challenge was in getting here, to Australia. After that, at the right time, the book asked to be written.

Your Australian publisher, Transit Lounge, is a very small independent publisher. Can you tell us about your relationship with them?

My Australian publisher, Barry Scott at Transit Lounge, is devoted to literature and bases himself on the text, choosing the manuscripts that touch him. He has a big heart but an eagle eye. I love working with him because of these two traits. You know if he publishes you, he means it. He will take risks, but by the same token he’s very aware of the publishing world and is a true professional. I respect the fact that he is a small, independent publisher.

How do your experiences of being published in France and Australia differ?

I was published by Actes Sud, Buchet-Chastel and Sabine Wespieser Editeur, three literary houses. Like Barry Scott, they stick to the text and will only publish what they believe in.

France is different in several respects: more copies tend to be published, because of France’s larger population; there are no book launches in France; and in my experience the publisher is also the editor.

Another difference is that book clubs and writing workshops barely existed in France. In any case, I have always practised writing as a solitary habit, a bit like having a child. You walk around with your big tummy in a world of two – one of whom is invisible. But no one touches it until it is born. Then the creature can have its nails cut, can even be operated on or X-rayed, but not until it has landed in the outside world, in one piece, with a body of its own.

Apart from that, both the French and Australians are similar in their passion for literature.

Do you have any favourite Australian women writers?

What a question! I love Shirley Hazzard, whose wise sensitivity encapsulates the small moments of life with as much deftness as the cataclysmic ones, and who understands humanity at large as well as each small beat of your heart. Oh, and I love Helen Garner, who was the first writer I read upon arriving in Australia fourteen years ago. Every single word on the pages of her books helped me find my human home here. I also loved Charlotte Wood’s The Submerged Cathedral, a book that has a labyrinth-like feel, yet emerges into a beautiful emotional simplicity. I love Joan London and have read all her books. They are like bread and wine to me. And I love Fiona Capp, whom I have discovered recently, which makes me regret all the years I had not read her. She captures moral abysses with a prose that approaches poetic rapture.

Have you had any significant professional or personal mentors in your writing career?

I lived alone for many years in the country in France, before coming to Melbourne. I suppose my mentors were books. Books that one devours, and which then seep into the humus of one’s soul. They teach you without leaning into you, they support you, they understand you and they lead you into the unknown. The people I love have also been mentors. Whether younger or older, richer or poorer, healthier or sicker, they are always teaching me something. My partner, the poet Paul Croucher, is also a mentor because he has been a marvellous editor and helped me to discover so many good books – and that includes his own.

How did you feel when you learnt you had been shortlisted for the Stella Prize?

I was absolutely stomached. It didn’t feel quite real for days. It still doesn’t, but the fact that this is an Australian women’s prize is what makes me so happy. I used to follow Australian women in the street fourteen years ago when I arrived, just to catch whiffs of their conversation. They are real and grounded, humorous and wise. To be welcomed and to be part of women of that ilk … why that is something to be proud of.

What are you writing next? Do you know what you would like to work on during your Grasstrees Writing Retreat?

I am writing a novel in the voice of a man. I have never done that before. He is of Czech origin, but was born in Australia. I am three chapters into the story. His name is Harold and I am discovering things about him every day. I would like to work on that during my Grasstrees Writing Retreat.

Catherine de Saint Phalle has been published in France by Actes Sud, Buchet/Chastel and Sabine Wespieser Editeur. She is the author of On Brunswick Ground (Transit Lounge 2015), which is also published in France. A tutor and translator, she lives in Melbourne with her partner, a poet and bookseller. Poum and Alexandre is her first work of nonfiction.