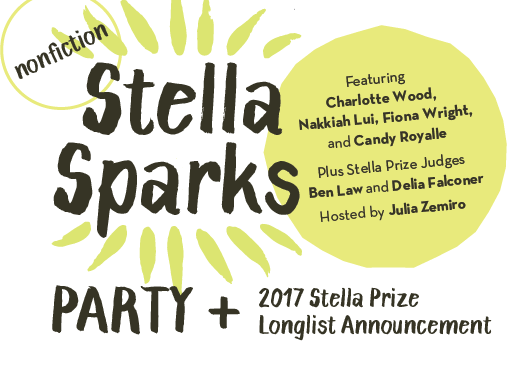 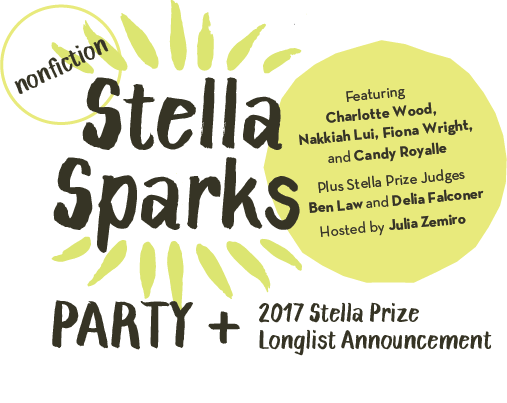 Join us for a gala celebration of the nonfiction Stella Sparks campaign, and of the Australian women writers who speak truth to power, reshape our understanding of the world, and reveal unexpected truths about their lives – and ours.

With the full 2017 longlist announced live by Stella Prize judges Delia Falconer and Ben Law, this is an event not to be missed!

The 2017 Stella Sparks campaign aims to ensure the sustainability of the Stella Prize as an organisation, and also recognises the impact and significance of nonfiction writing by women on Australian culture and society.

The Stella Sparks Party and 2017 Stella Prize Longlist Announcement is a celebration of the many Australian women who have shaped our country’s sense of itself through their keen-eyed ability to tell true stories with courage, insight and creativity.

Become a Stella Spark to receive free entry to the party!