We Start By Starting: Gender, Identity and Literature 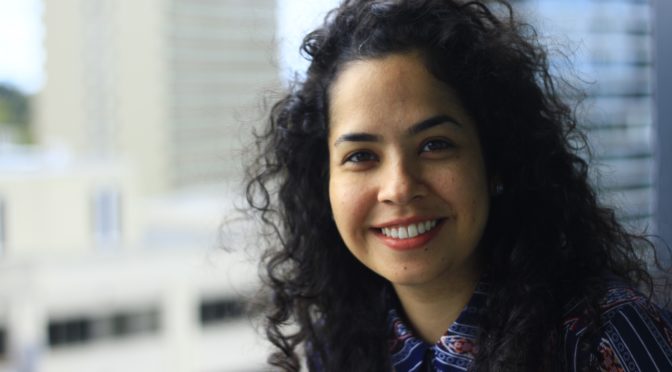 2015 Stella Count Survey consultative committee member Jasmeet Sahi discusses power, gender, and the ways in which what we write and how that writing is received are impacted by aspects of our identity.

In the past few weeks, much has been written and said about identity in relation to literature. These discussions have been framed as an extension of “identity politics”, a term often dismissed by those who have the luxury to reject identity as irrelevant to their self-definition. To me, this seems like an attempt to show that identity and its markers are a fad, a passing trend, a scheme designed to divest writers from being able to assume and write about people who differ from them.

This dismissal is prompted by the idea that the lives of others are for free consumption and acquisition. It is a notion that is counterproductive to writing.

I raise this because the Stella Prize exists to challenge that notion. It aims to champion cultural change in Australia’s literary landscape ‘by recognising and celebrating Australian women writers’ contribution to literature, in an attempt to bring more readers to books by women’.

Notice that the gender of the writer is an important consideration here. Gender is not only an identity marker many writers (and people) use as a method of self-definition, but also, importantly, one that has acted as an externally imposed barrier leading to the undervaluing, under-publishing and under-representation of work by women writers.

Virginia Woolf wrote: ‘For most of history, Anonymous was a woman.’

Historically, women writers have been required to hide or alter their gender in order to be taken seriously as writers, or even to publish their work at all.

Many writers derive creative fuel from their identity and the ability to use experiences that result from it: traumatic, joyous, loving and, ultimately, plural. But it is not only the act of writing and the creative work itself that is informed by who we are.

Being published, reviewed and read are also acts informed by identity – that of the literary agent, the publisher, the books editor of a newspaper or journal, the reviewer, and also that of the reader.

Evidence has long shown that men tend to read male writers, while women generally read both female and male writers. But we now also have information to show that male authors are reviewed more often than female authors in major publications across Australia.

The annual Stella Count gathers data from major Australian newspapers and review publications, measuring the number of male and female writers reviewed each year. In its four years of existence, the Stella Count has gradually expanded to gather other information, for example, the gender of reviewers, the size of reviews, and the genre of reviews. The results are often disappointing. The statistics are unsurprisingly skewed mostly towards male writers, and show that male reviewers tend to review male writers far more frequently than they do female writers.

This year’s Stella Count has expanded further, to survey other identity markers beyond binary gender: gender diversity, sexuality, race and disability. Following the release of the latest Stella Count, which yielded typically dispiriting results, female and gender-diverse writers were invited to complete the Stella Count Survey, and to identify themselves based on these identity markers. The Stella Prize undertook the survey because it ‘recognises that there are additional barriers to publication and reviewing faced by women writers who belong to marginalised groups, and that these have not all been captured by the Stella Count in its previous incarnations to date.’

Unfortunately, the Stella Prize was able to locate contact information for only around half of the 370 female writers reviewed in 2015. Of these, less than a half again responded to the survey. The final data collected reflects only 16% of the female writers reviewed in 2015, and not all respondents answered every question (each of the questions was optional, and respondents could select more than one answer for the gender, sexuality and race/ethnicity questions). However, even within that fraction of writers, the results tell us something.

We might ask why identity in its various forms (gender, sexuality, ethnicity and ability) should be a key component of analysing the literary industry and its production of literature. For our answer, let us look at those statistics mentioned above. Though the number of responses is small, it still firmly indicates that the coverage of literature, even within a small subsection of writers, is still very much weighted towards mainstream, white, hetero, cis, able-bodied (albeit female in this instance) writers.

It’s important to consider that these identity markers can form barriers that affect the lives of writers with disability, writers of colour, gender diverse writers and those who are not heterosexual. But the same identity markers may not affect, for instance, a white, cis, hetero writer, as they belong to groups that are generally reviewed more often. By gathering data that shows the range of writers producing literary works and being reviewed in Australia, the Stella Count gives us a clearer picture of this country’s review culture.

Perhaps analysing and acknowledging these results may result in greater self-awareness within the industry and its gatekeepers. Most importantly, it opens a window onto what makes a writer: not only a propensity for words, but also parts of their identity and individual experiences that may inform their work or the circumstances in which they produce it. And it is crucial to understand this if we are to shape a richer, more diverse and more inclusive literary landscape.

In the past month, two important events took place within the literary community in Australia: the first-ever Feminist Writers Festival, and the Diverse Women Writers networking day (hosted by Writers Victoria). Far more than blips on the radar, these events have opened up conversations about the contexts that surround the life and work of women writers.

The acknowledgement of gender, its roles, its expectations and unique hurdles compounded by race, ability and sexuality does not constitute a plea for compensation or for a free pass. The Stella Count Survey is not about affirmative action; it’s about acknowledgement of factors that may not affect everyone, which encourages us to open our eyes to nuance, and to weigh and consider all of these newfound learnings when working within the industry, in whatever role or at whatever level of power and influence.

Surveys or counts like these seek to offer a deeper understanding of how literature is produced. Many of these figures only scratch the surface of what informs writing in Australia. There is still so much for us to learn. For example, there is still a long way to go in unpacking how the experience of dispossession affects Indigenous writers, how their indigeneity informs their act of writing, and whether it is a barrier in conventional publishing – and if so, to what extent.

But one has to start by starting. Otherwise, we will only be able to discuss the state of the literary industry from a position of confusion and ignorance about what (and who) it truly represents.

* The phrase ‘start by starting’, as used in this essay’s title, is borrowed from human rights advocate and educator Charandev Singh, from a speech he gave at the Immigration Museum at “More Than One Nation” hosted by the Asian Australian Democracy Caucus, where he spoke about political change occurring by starting a conversation in the first place.

Jasmeet Kaur Sahi is a Melbourne-based writer, editor and academic. She was born in India and moved to Melbourne four years ago to study creative writing and editing at a master’s level at the University of Melbourne. She has written for the ABC, ArtsHub, Eureka Street and Peril Magazine. Her interests are in the arts, feminism, food, and social justice and she is currently finding her feet in Australia’s literary landscape. She writes freelance and is a sessional academic at RMIT University, where she teaches nonfiction writing. She tweets @JasmeetSahi & blogs at https://jasmeetsahi.wordpress.com/