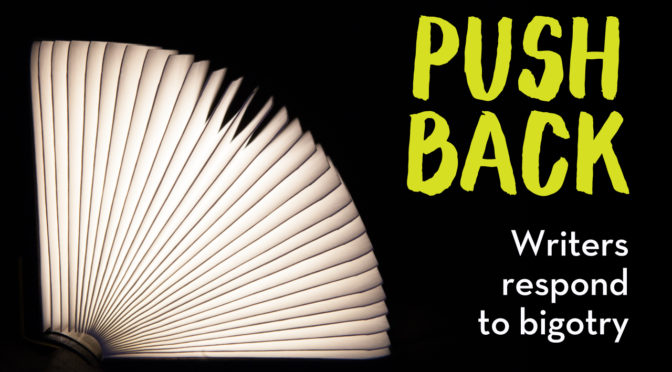 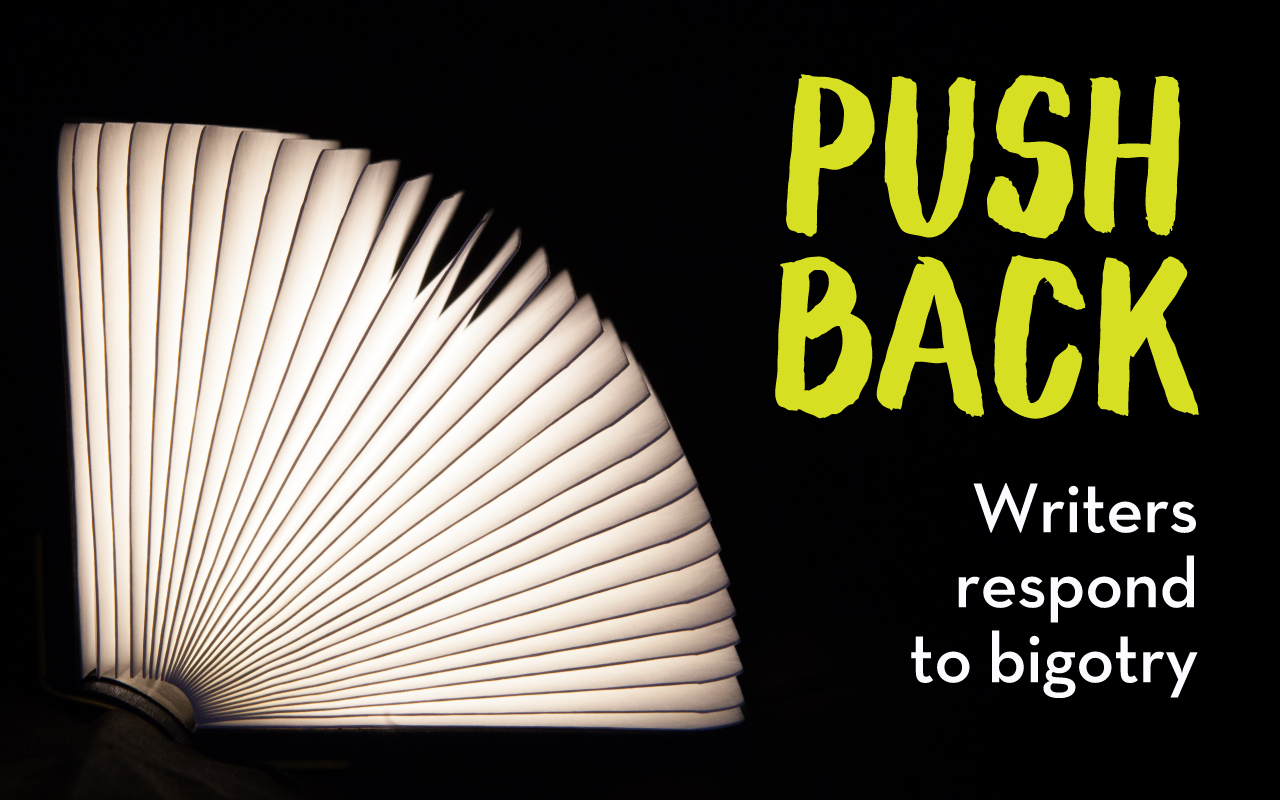 Over the coming weeks, the Stella Schools blog will offer an alternative platform for contributions from constructive and positive voices that push back against bigotry – and provide links to important/useful resources. A series of guest writers will address topics related to culture, gender, diversity and representation.

In our first post, Rebecca Lim discusses the importance of accurate representations in battling ignorance.

As someone who came to this country as a small child and who has, along with family members, experienced racism directly, I am pleading with you to resist radical ignorance. It is one of the most dangerous and divisive forces in the world. Bear with me as I try to explain what it is.

Some facts about Australia I never learned at school: 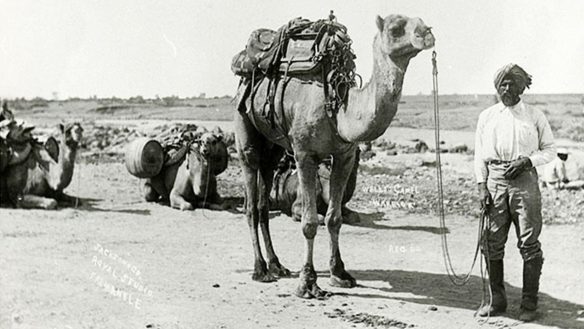 It’s pretty safe to say that, historically, some Australians were considered more ‘Australian’ than others, with more (or better) rights.

Sadly, our self-image problem continues to this day. Consider that two of our most successful media exports since the 1980s, Neighbours and Home and Away, are shown in 60 to 80 countries around the world and both showcase a largely Caucasian national identity. Sure, there’s been a ‘diverse’ cast of occasional extras over the years – including a Chinese family falsely accused of eating a missing neighbourhood dog (cheers, Neighbours, for your sensitive handling of race relations) – but our media, the thing that’s drummed into our eyeballs 24/7, is still more Lara Bingle than Miranda Tapsell (below). And our vast canon of books for kids and young adults also largely reflects – in some weirdly Orwellian sense – that some Australians are more ‘Australian’ than other Australians, because theirs are the stories that make it to publication. 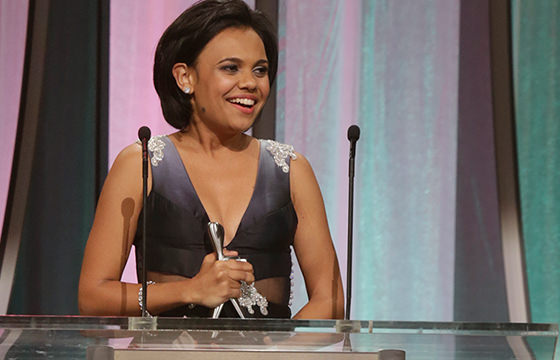 I’m not going to throw any more facts or figures at you. I could do that all day, but it would be boring. I’m just going to ask you to look around in your daily life – the next time you go out to the shops, to school or to the movies – and consider the diversity of the people standing beside you or walking towards you. Ask yourself: Is this diversity reflected in our national media? Is it reflected in the books we see in our bookshops and our libraries? Is this diversity reflected in our political structures? Our educational materials? Our sporting teams? Does what I’m being taught, or told, gel with the world as it is? Am I being peddled someone else’s (olden days) dream of an (olden days)Australia?

The gaping chasm between real life as it is lived in this country and a manufactured ideal of what Australia should be or look like continues to sustain a volatile climate of fear, intolerance, hatred and ignorance in our wider population. People who are unable or unwilling to recognise this disjuncture, or who promote nostalgia for a ‘non-coloured’ Australia when it was never ‘non-coloured’ to begin with, are practising and promoting that ignorance.

Especial blame must be laid at the feet of politicians, reporters or media ‘personalities’ who toe an invisible party line lifted directly from pre-Federation Australia. Theirs isn’t just ignorance, it’s radical ignorance: a widely broadcast lack of critical thinking and a failure of human empathy that has the ability to affect and infect entire populations, divide people from people, encourage race-based rioting, justify the imprisonment of children in offshore detention centres and overlook the torture of Indigenous youth.

Well, if you can imagine yourself into that hideous space, you’re exhibiting empathy – for the Muslim Australian girls and women who are spat on, manhandled or verbally abused by complete strangers in the streets of Australia, today, simply because of who they are or what they look like. Empathy, too, for every African Australian, Asian Australian, Pacific Islander Australian or migrant Australian who has been told to ‘go back to where you come from’ and who, in 2016, is still missing from the pages of our books and the glazed middle distances of our daily soap operas. 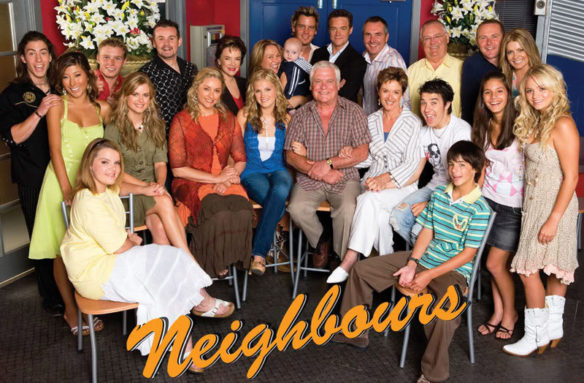 Because of the actions of a radical few – be they famous Australian entertainers with a media platform, or fanatical killers who happen to share vague religious affiliations with innocent and defenceless people – some Australians feel it is okay to bully, denigrate, discriminate and wreak violence on others. Don’t be part of the unthinking, unfeeling horde. Get militantly well-read. Reject the outdated and ridiculous in favour of an informed position. Make up your own mind. Don’t have it made up for you by a small minority of people with the ability to shout the loudest.

As our country’s history shows, radical ignorance can kill; it can permanently wound; it can shape, and has shaped, our institutions and our conception of justice; it breeds anger and confrontation and a misplaced sense of entitlement. In our enlightened, information and technology-rich age, there is no place for ignorance or the espousal of it.

Resist ignorance by reading widely and outside your comfort zone.

Resist ignorance by befriending and not reviling.

Resist ignorance by trying and not rejecting-out-of-hand.

Resist ignorance by calling for more diversity in our political, educational, cultural and sporting life.

Rebecca Lim is a writer, illustrator and lawyer based in Melbourne, and the author of sixteen books for children and YA readers, including The Astrologer’s Daughter (a Kirkus Best Book of 2015 and CBCA Notable Book for Older Readers), Afterlight and the best-selling Mercy. Her books have been shortlisted for the Prime Minister’s Literary Award, the INDIEFAB Book of the Year Award, Aurealis Award and Davitt Award for YA, and have been translated into German, French, Turkish, Portuguese and Polish. Rebecca is an Ambassador for the Stella Schools Program and an advocate for greater representations of diversity in Oz YA and children’s books.