Skip to content
Stella > Explore > Mothers In YA
Features 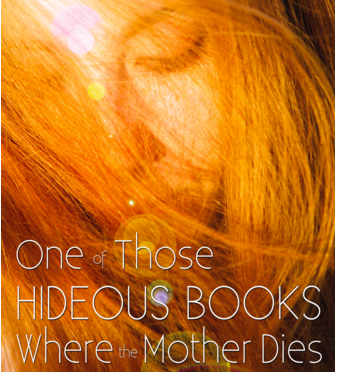 In her latest Stella Schools Blog guest post, writer and reviewer Danielle Binks asks us to take another look at the role of mothers in YA.

Stories for young people often feature a protagonist who lacks a maternal figure. Disney’s predilection for dead mothers has long been noted, and Disney has had one of the biggest stages in children’s entertainment upon which to perpetuate this plot device. But there is a place for more complex stories and examinations of absent mothers in coming-of-age narratives.

Young adult literature has often explored the absent mother – from the literal manifestation in Patrick Ness’s A Monster Calls, where the titular monster helps a young man accept his mother’s imminent death, to Sonya Sones’s verse novel with the confronting title One of Those Hideous Books Where the Mother Dies. Such stories continue to hold powerful resonance in YA and often focus more on emotional truths than on tired tropes about motherhood.

There are other representations of mothers to be found in YA, beyond the lack of them. Thankfully, there has been an increase recently in stories that acknowledge that women are more than wombs: they can be mothers, but that’s not all they are. Mothers can still be infinitely complicated, nuanced and multifaceted humans beyond the roles they play in their children’s lives. That’s where YA is producing some of the most interesting familial dynamics in literature.

Less common in YA storylines are explorations of the crucial maternal roles that other women can play in young people’s lives. There are fewer examples of books wherein an aunt, grandmother, guardian, or family friend occupies this space and helps to raise a child or young adult. Indeed, there are far more examples of a “surrogate” mother character in the role of antagonist, such as Aunt Helen in Stephen Chbosky’s 1999 classic The Perks of Being a Wallflower, or Mim Malone’s stepmother in David Arnold’s 2015 novel Mosquitoland. But perhaps, as more books are published that acknowledge not every woman has to give birth to be a mother, we’ll begin to see more subversive and varied portrayals of maternal figures.

Four Australian authors explain how they approach writing mother characters – whether absent or present – to tell more honest and layered coming-of-age tales in their YA novels:

Growing up is made of a million small moments in time, and one of the most painful is the moment you’re severed from the whole, when you realise that your parent is complicated and fallible and human. — excerpt from Friday Brown. 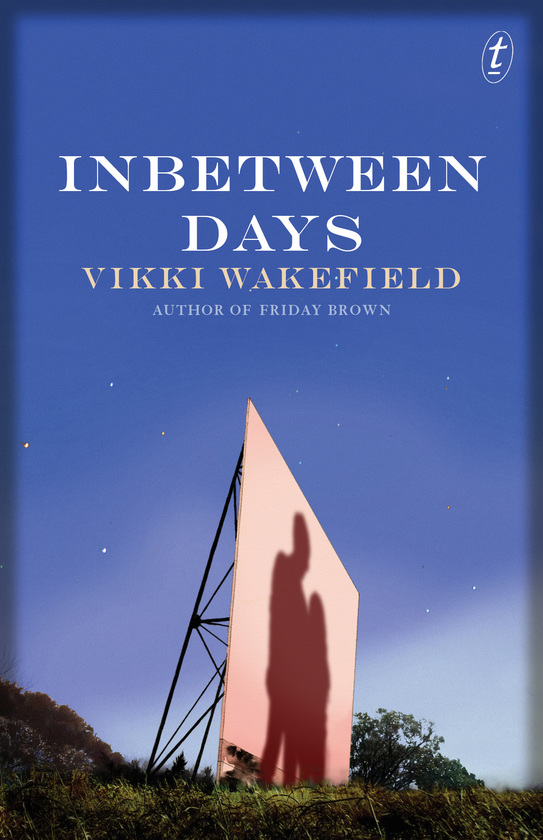 ‘As a teenager I mistook love and protection for control, and I rebelled. I was so determined to find my own way that I consistently chose the path my mother was trying to steer me away from. Much later, I understood that mothers often project their own fears onto their children, and they hurt the most when those fears are realised. Now I’m compelled to expose the flaws of the mothers in my stories, but I can’t help but redeem them somehow by the story’s end — it’s all about understanding and reaching the middle ground. I guess it’s because I’ve seen both sides and I know how destructive I could be at that age — I mean, you feel powerless as a teenager, but in reality you hold immense power over the dynamics of family. When I write from the young adult perspective, I’m always trying to capture the moment when my main character halts the retreat and begins to move forward. In essence they’ve separated from the whole, but at the same time they’re closer to their mothers than they’ve ever been. Writing those moments is both joyful and painful for me. I often think it’s my way of saying sorry.’

lling off the parents, or sending them away, is a common trope in YA and children’s fiction. But when I looked at my relationship with my teen daughter, I realised that it was such a big part of her life too, not just mine. Whether in battle or in solidarity, I knew that it mattered to her: what I thought, how I thought, my approval, my disapproval. Yet mothers in YA too often seemed to function as minor plot points or story devices, relegated to the background rather than fully realised characters – if they existed at all. So I wanted to turn that around in One True Thing by creating a strong, thoughtful and relatable mother for Frankie, one who was working really hard towards something undeniably important, but also struggling with her own limitations and mistakes – mistakes which would have a dramatic impact on Frankie’s life. I was also interested in representing this fairly new generation of daughters of mothers with established careers. For a couple of generations women have been working outside of the home, but not so many were free to pursue full-time careers until quite recently. I wanted to depict a woman with a career that mattered to her – one that she wouldn’t be called on to sacrifice at the altar of motherhood. Frankie’s mum is far from perfect, but despite errors and failings in juggling these different responsibilities, it was integral to the overarching theme of One True Thing that her career would continue, and that Frankie would see value in the work her mother was doing. ‘ 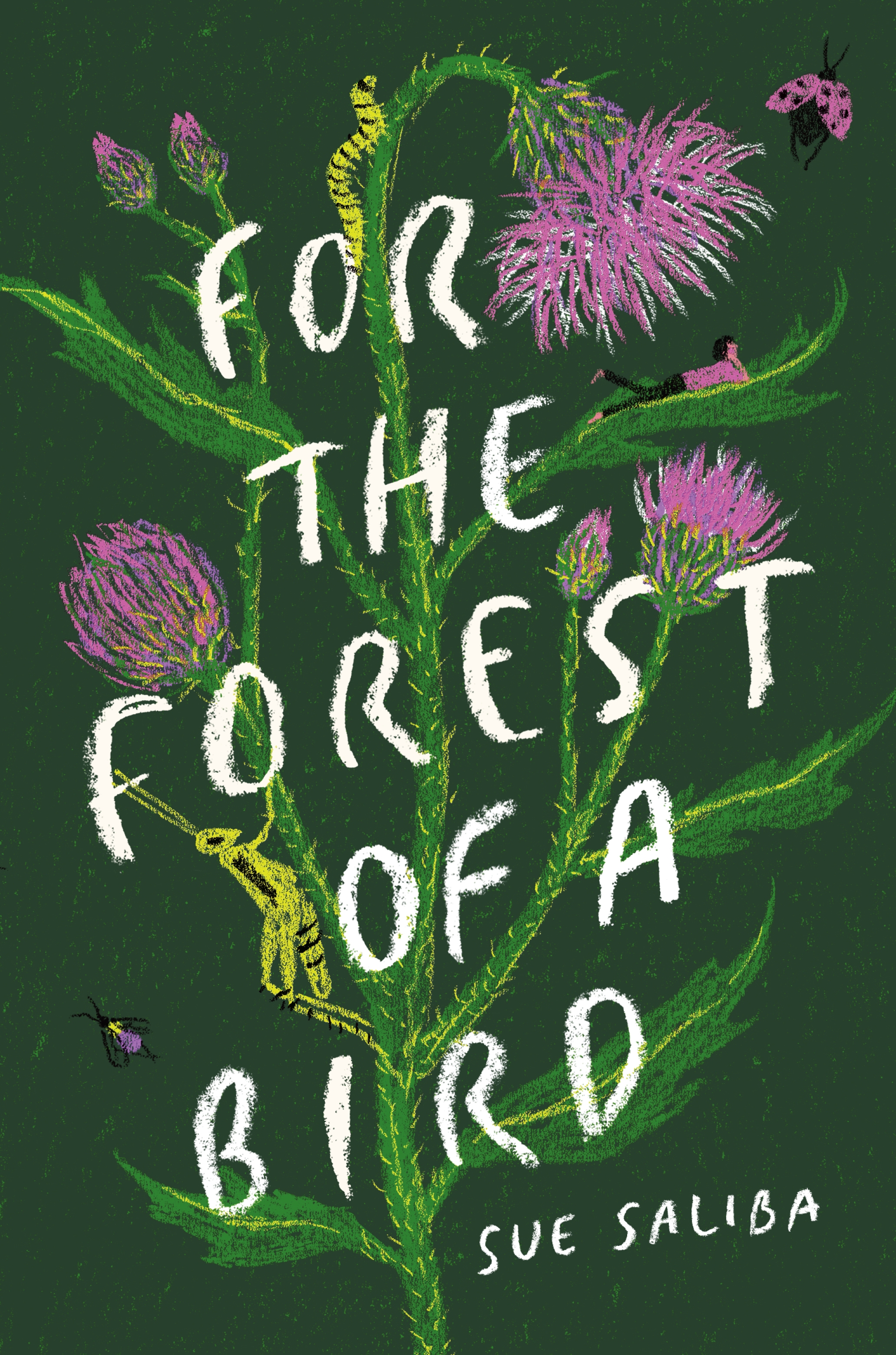 ‘My mother’s mental illness was a source of humiliation and great sadness, of self-hatred and fear for me as a young adult. I’ve found as a writer that my mother has made her way into each of my novels. I think this is because my female protagonists are desperately searching for an understanding of their world and themselves, of a way to feel free and alive and happy and it’s only through coming to some understanding of their relationship with their mother that they are able to do this. I look back at a line I wrote in For the Forest of a Bird: ‘… mixed in there with everything else, with the whole story of Nella, was her mother.’ The novel is seemingly the story of 15-year-old Nella’s closeness to her absent father and yet what is largely driving this closeness is the character’s desire to escape her mother and her mother’s bipolar disorder. Nella’s journey, it turns out, is largely fuelled by her relationship with her mother. Similarly, in Alaska for 17-year-old Mia, ‘Alaska was … an escape from the mother Mia was ashamed of.’ Mia’s mother is an alcoholic, emotionally unable to care for her daughters. Alaska is Mia’s story of coming to find strength and forgiveness in herself and returning to her mother. My drive to explore complicated relationships between girls/young women and their mothers comes from my own painful strivings as a young adult, thinking that the way to be happy was to be unlike my mother, to escape my mother and yet realising, with hindsight, that the only way for me to feel complete and whole was to accept my mother. This is the most powerful narrative of self-discovery for me and so it’s what I’ve written about.’

Rebecca Lim – author of The Astrologer’s Daughter and Afterlight 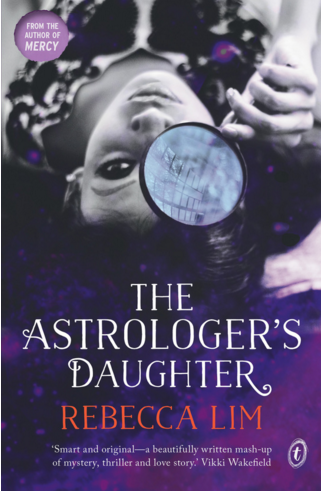 ‘I’m as guilty as the next YA author when it comes to the absentee-mum-as-plot-device. I wasn’t allowed out of the house until I was eighteen, pretty much, and that doesn’t make for a thrilling narrative. (For reals, I know that.) Most YA books, at heart, are coming-of-age stories predicated on tension, identity, authority/rebellion and conflict. Writing off the mother as dead/useless/enabling just allows the action to kick off, right?

But my mums are always mentioned again.

Avicenna’s mum, Joanne Crow, is a missing person for the entire narrative arc of The Astrologer’s Daughter, and in Afterlight the world no longer contains Storkie’s ex-stripper mum, Angel. Still, these two women are central to their daughters’ lives, form the bedrock of their characters and, in many ways, are the beating heart and humanist soul of my novels. I don’t believe you can portray a complex, fully-formed main protagonist with just an offhand, 2D description of who their mother was. The hero is who s/he is because of the way s/he was brought up.

And being an angry femmo from way back, the mothers in my YA fiction stand for something.

Too much YA fiction starts from a place of (largely unacknowledged) privilege. We anaesthetise ourselves with this myth that the family/parent that is the source of tension in YA novels must be Caucasian, middle class, well fed. Being on the edge of homelessness is a reality, and that’s the place characters like Angel Teague and Joanne Crow come from. I’m keen to portray women who make ends meet any way they can, who are still capable of ferociously loving their children and equipping them to take care of themselves regardless of what life throws at them. Avicenna Crow and Storkie Teague are tough, resourceful, intelligent and empathetic survivors precisely because their mothers showed them that love goes beyond borders, beyond even death; love is constant. Love is what makes the heroes of my books strong enough to take on anything. For me, absent or present, mothers in YA are pivotal to the story.’