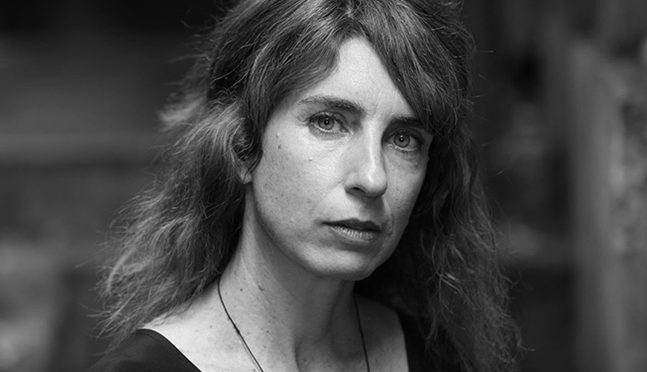 Mireille Juchau is the author of 2016 Stella Prize shortlisted book, The World Without Us. We chatted to Mireille about her mentors, favourite authors and the spaces in which she works.

Stella: Have you had any significant professional or personal mentors in your writing career?

Mireille: Given that I find writing quite exposing, perhaps a greater challenge for me is to feel comfortable speaking as myself.

Mireille: I’ve written for as long as I can remember and I’d still be writing if I hadn’t been published so in a sense it’s never felt like a decision. But, I’m continually grateful to be read. So much of this is sheer luck: think of the writers unable to publish because of political repression or personal circumstance. If to write is partly to give meaning to suffering, to address the shortcomings of personal or epic history, then writing has great purpose, whether one or a thousand will read it.

Stella: Do you have a good writing place?

Mireille: I sketched out some of my second novel in a Los Angeles Holiday Inn, a New York hotel room so small we had to put the suitcase on the bed to open it, and a houseboat on the Thames where our host swore he’d seen bodies floating by. In LA my jetlagged one-year-old screamed all night, and in the day I sought sanctuary in the UCLA Centre for Jewish Studies. I’d arrive at the library, drag a book from the shelf and my head would hit the table … You’d think I could write anywhere now!

But it’s the mental space that’s difficult to find once you have kids. I’m possibly less precious about where I write, but more ruthless about snatching time out from domestic life to do it. Bundanon artists’ retreat has given me psychological and physical space. That’s especially valuable when I’m beginning or, later, structuring the novel. Both stages seem to demand the most spaciousness, the most time for play and experimentation.

Mireille: When the threads of the story begin to cohere and coalesce. Though that doesn’t mean everything gets tied up. I feel an ethical responsibility to my storylines and characters – to follow through on what I’ve set up. It sometimes takes a good editor to push you deeply into those places. It’s one thing to sense that the story is finished, but another to work out what effect you want the ending to have. Sometimes an image can convey an ending most eloquently; it can resonate more profoundly than any discursive passage.

Stella: What inspired you to write The World Without Us?

Mireille: Many things give rise to those early ideas, but one was an interest in how our rapidly denaturing landscapes are altering our sense of who we are and how we belong in the world. Having children has extended my own anxieties about climate catastrophe far into the future, so I’m also interested in how we repair our fractured worlds, inside and out. Once I found The Life of the Bee, an astounding hybrid of poetry and philosophy from 1901, I knew it would become somehow central. I wanted to set the novel in an atmospheric, contemporary landscape and I began to think about the post-commune world and the repercussions of that utopian experiment on the next generation. I was also preoccupied with how our identities are partly formed by communal stories, so I wanted to capture the competing voices, the clamouring local chorus of small towns. There are of course other preoccupations that aren’t entirely within your control. I suspect that a recurring interest in loss and silence, for example, has to do with my personal history, some of it repressed. These elements of the writing aren’t quite choices; they float up, they’re insistent, they demand expression.

Mireille: I probably work the hardest at tone, rhythm and atmosphere. I can’t go forward until I know who’s telling the story and how it’s told, so establishing point of view and voice is vital groundwork. The story is winnowed out of this. It’s exciting to feel with each new book that you have new techniques to draw on, but I tend to set impossible challenges for myself stylistically or structurally. I’m almost superstitious about using the same form or point of view as my previous book. It’s challenging to sit with confronting subject matter, but I’ve taught myself to stay with what makes me want to run, that’s often when the writing gets electric.