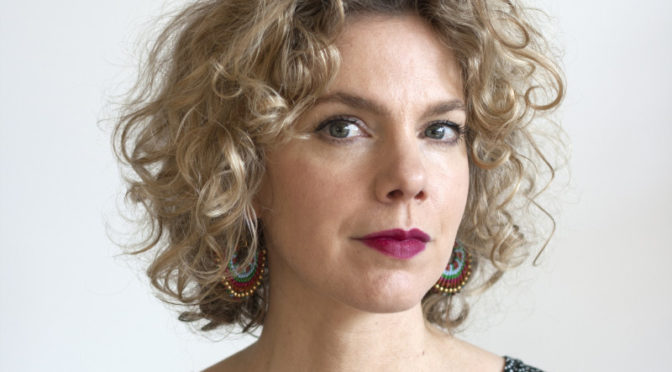 Peggy Frew’s novel Hope Farm is shortlisted for the 2016 Stella Prize. We asked Peggy a few questions about endings, inspiration and the writing process.

Peggy: I think the urge was always there; it just needed to wait until I had the confidence to own it and the maturity to take on the work involved. I wanted to be a writer when I was a kid but I had a failure of confidence in my late teens and turned to music instead, where I was able to hide within a group. Also I don’t think I had much to write about until I was in my thirties. Now I can see that the literature I’d always been drawn to – ‘quiet’, intimate stories about family relationships, stories that went deep into the inner lives of (usually female) characters – was setting me up all along, both in terms of what I have ended up writing about myself and in terms of developing the belief that such subject matter is valid.

Peggy: Yes, I was awarded a fellowship at Varuna a few years back where I wrote one-third of the first draft of Hope Farm. Before that, I was given a week at a property in rural Victoria via the Victorian Writers’ Centre as part of the prize for the Premier’s Literary Award for an unpublished manuscript. Both were hugely important in the writing of Hope Farm. Having so much time to write, and being in a place that’s set up especially for writing, is so valuable. Also, the official feeling of such places applies a gentle but insistent pressure to use the time well, which tends to work with someone prone to procrastination.

Peggy: In terms of the actual ending, I almost always know ‘this is the last line’ as I write it. But often (actually, always!) that’s not the end of the story. I often write the ending before I’ve figured out the middle, or even the beginning. Which isn’t a bad way to do things because at least you know where you’re going to end up; you just have to figure out how to get there.

As for looking at the story, or book, as a whole and being able to say ‘that is finished’, I get to a point when I feel like I can’t get any further on my own and it’s time to let someone else in, a trusted reader or an editor. That doesn’t mean it’s finished because it’s actually the beginning of another whole business – a conversation and the process of refinement – and, really, there’s no end to that. It just gets gradually more and more specific, until you’re down to commas – take it out; put it back in! – and that could in fact go on forever and drive you mad, so that’s what deadlines are for. (Short answer: you know a story is finished when it’s been sent to the printer and you can’t change it anymore.)

Stella: Do you have a favourite book written by an Australian woman?

Peggy: The Children’s Bach by Helen Garner. There is something about the tone of this book that I just love. It evokes to me the feeling of Melbourne (and some of Sydney, too) in the 1980s, which was when I was a kid, so I suppose there’s an element of nostalgia there. What she works over in this book is also what I’m really interested in – the gaps between our ideals and the ways we actually live our lives; the ways in which feminism works on the ground, within relationships, and between generations – and she does it so naturally, with such apparent ease, and demonstrating such kindness towards her characters that it makes me feel full of love and hope for humanity.

Stella: What inspired you to write Hope Farm?

Peggy: The feeling of the book. I didn’t have any real idea of what the plot would be; there was just the setting, the mood and the two main characters. I had a strong desire to write about that chilly, bright, windy landscape of rural Victoria and the feeling of being on the verge of adolescence in the 1980s, when there was still a lot of the vibrancy and warmth of the ’70s hanging around, an earthiness, that was in some ways safe and comforting – the feeling of home for anyone born in the ’70s – and in others unsettling, a reminder of how the hippie dream failed so many people.

Peggy: The most challenging aspects are probably mostly to do with feeling that my writing is valid, that I can justify doing it – that I’m entitled to do it. What a ridiculous and unhelpful stumbling block, and surely a gendered one. (I do know men feel this too about pursuing a creative career, but I don’t think they do as often or as keenly as women.) Beyond that, I think the greatest challenge for me is figuring out where to send characters, in terms of what happens to them and the choices they make, in order to get the most out of them as characters. ‘Figuring out’ isn’t the right term, though, as for me this is less an ordered or intentional process than it is a murky, sometimes distressing, opening up to my own subconscious.

The rewards for me are mostly in the craft. The thrill of a word choice, then a sentence structure, then the arrangement of a paragraph – I can get on a pretty massive, nerdy high from executing this stuff in a way I’m proud of. I don’t feel proud of character development – for me that all belongs to the mysterious side of writing, where I don’t feel as if I have a clear view of how it happens or where it comes from. So it’s mostly in the telling that I feel I have the best understanding of how I’m working, and therefore the best sense of satisfaction, or pride.