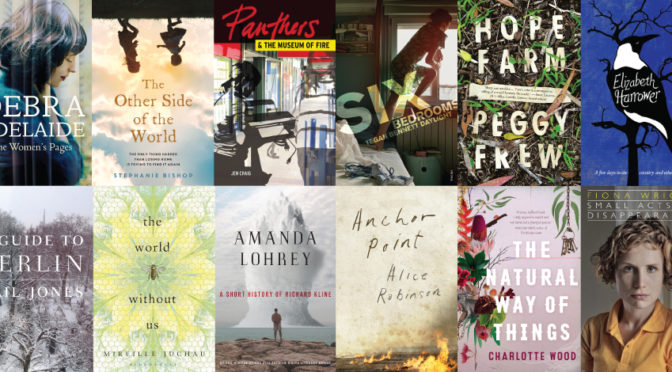 The Stella Prize celebrates Australian women’s contribution to literature. It was awarded for the first time in 2013 to Carrie Tiffany for Mateship with Birds. In 2014, the winner was Clare Wright for The Forgotten Rebels of Eureka, and in 2015 the winner was Emily Bitto for The Strays. The prize is worth $50,000, and both fiction and nonfiction books are eligible for entry. In just three years, the Stella Prize has become an influential and much-loved feature of the Australian literary calendar, significantly boosting book sales and raising author profiles.

The books on the 2016 Stella Prize longlist are yet again testament to the depth and quality of Australian women’s writing. There are books by established writers such as Debra Adelaide, Gail Jones, Amanda Lohrey and Charlotte Wood sitting alongside those of new and emerging authors, while Elizabeth Harrower had her earliest books published between 1957 and 1966 and then released no further work for decades. The range of genres is striking, too – including short story collections, a book of essays, and a novella in addition to a number of novels – as is the spread of publishers, with a number of smaller, independent houses represented.

The 2016 Stella Prize longlist is:

Chair of the Stella Prize judging panel, Brenda Walker, says of the longlist:

‘The longlist for the 2016 Stella Prize demonstrates the current strength of Australian women’s narrative, featuring both highly accomplished new writers and many works that represent a culmination of the skills of established writers. Excellent writing generates a culture of reading and appreciation of literature that in turn stimulates further literary creativity, and 2016 will prove to be a good year for this process of collective inspiration in our literary ecology.

‘Many of the works on the longlist are set in the countryside, adding to a tradition in Australian literature that offers both idyllic and unsettling accounts of rural life. Women writers have, historically, contributed most powerfully to this tradition, and the rural fictions on the longlist remind us of the frailty of the natural world, the value of documenting the appearance of the landscape and the way that contradictory motivations can play out most visibly in isolated situations. Writing about childhood and adolescence is another Australian literary tradition that many of the longlisted works contribute to. Children in these books are watchful, alert to adult tensions that may have extreme consequences for them, and this watchfulness makes for compelling reading. Many explore women’s creativity in the form of storytelling, painting or pottery, taking us into proximity with art at its source. Now in its fourth year, the Stella Prize celebrates Australian women’s literature at its most powerful and inventive.’

To request an interview with Stella Prize Executive Director, Aviva Tuffield, 2016 Stella Prize judges, or any of the longlisted authors, please contact: