Why Dystopia is not a Trend 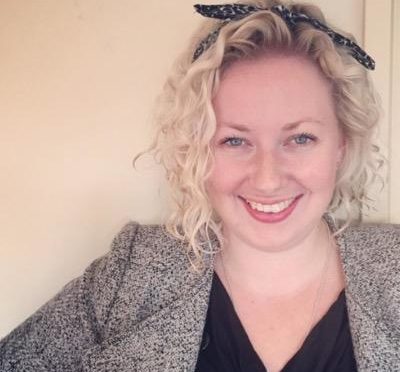 In her second Stella Schools Blog guest post, writer and reviewer Danielle Binks explains why the rise of dystopian fiction in both YA and adult fiction is not a passing fad.

Like vampires, zombies, and ‘sick-lit’ before it, dystopian fiction has been subject to a lot of ‘trend’ talk lately. This sci-fi sub-genre has been crowding bookshelves and film adaptations have been ruling the box office – particularly in the young adult (YA) area. As is inherent in labelling dystopia a trend, people are inevitably wondering when it will end and what the next big thing will be.

But thinking about dystopian fiction in the same way we think of the adult colouring book craze – as simply a fad – is a disservice to a wonderfully diverse and subversive genre. It suggests a disposability that’s insulting; particularly when dystopian fiction is one of the most poignant genres we have for exploring the experiences of marginalised and disenfranchised groups. As with stories about vampires and zombies, the long history of dystopian fiction defies ‘trend’ talk.

The term ‘dystopia’ was coined by Sir Thomas More, as an oppositional description for many of the themes explored in his most famous work, Utopia (1516). Dystopian fiction is often discussed alongside post-apocalyptic fiction, and is characterised by tropes such as dehumanisation, totalitarian governments and environmental disasters. Works like George Orwell’s 1984 and Aldous Huxley’s Brave New World are definitive examples of the genre, but the current popularity of dystopian fiction undoubtedly owes much to Suzanne Collins’ YA trilogy The Hunger Games, which the author has said were inspired by similarities between reality television and war coverage. 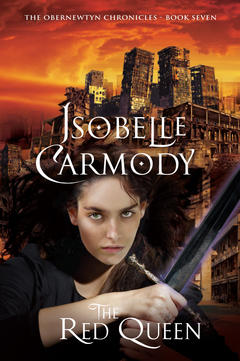 Further evidence of the genre’s permanence is demonstrated with the recent release of Isobelle Carmody’s final book in her Obernewtyn Chronicles. The Red Queen is the seventh in the beloved Australian YA series, the first instalment of which was published in 1987. At The Red Queen’s Melbourne launch, author Morris Gleitzman described the series as ‘one of the most sustained literary achievements of our time’.

The more recent saturation of the dystopian genre in YA emerged in the wake of the success of The Hunger Games and its 2012 film adaptation, with series such as Veronica Roth’s Divergent, Patrick Ness’ Chaos Walking, Lauren Oliver’s Delirium, James Dashner’s The Maze Runner and Marie Lu’s Legend, to name a few. Many of these books tackle totalitarian regimes with futuristic subtexts, while Australian interpretations of the dystopian genre are arguably more viscerally connected to our current social and political climate, and explore these themes in greater detail and with more intimacy.

Marlee Jane Ward’s Welcome to Orphancorp (2015) is, according to award-winning author Margo Lanagan, ‘an object lesson in how to dehumanise young people by locking them up and depriving them of all warmth and care’. Given the publication last year of the National Inquiry into Children in Immigration, Ward is clearly engaging with issues of contemporary Australian politics. 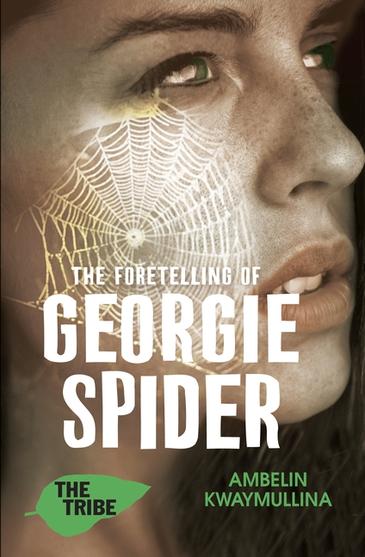 Ambelin Kwaymullina’s YA eco-dystopian trilogy The Tribe concluded this year with The Foretelling of Georgie Spider. The landscape of Kwaymullina’s futuristic sci-fi series is a distinctly Australian one, but most chilling and powerful is Kwaymullina’s use of Australia’s dark history in crafting the antagonistic government and the first book’s villain, Mr. Neville. As Kwaymullina explained, ‘In WA, the legislation that created the Stolen Generations was administered for much of its existence by a senior public servant named A O Neville. Two generations of my family were removed, and the looming figure of ‘Mr Neville’ remains strongly associated with the Stolen Generations for WA Aboriginal people. So I guess when I was thinking of a bureaucrat administering an inhumane system, that was the name that sprang to mind.’

For Kwaymullina, dystopia is no trend: ‘Dystopia is not “new” nor is it fiction. Indigenous peoples – who survived the apocalypse of colonialism – know what it is to carry yourself and your culture through cataclysmic events. In writing about how Ashala Wolf survives in my books, I drew on some of the knowledge I inherited from my ancestors, including this: find what brings you back to yourself – whether it is a story or a song or a sport or just what makes you laugh – and practise that thing daily, even if you are in a situation so bad that the only place you can do this is inside your own head.’

It’s not hard to see the real-life inspirations and media distortions that inspire dystopian fiction – the evening news alone is rich with material. It’s little wonder then, that dystopian tales are speaking to many readers, teens and adults alike, on a fundamental level. These stories, and the fiery female protagonists they often depict, hold a particular appeal for women and girls in light of the recent Fight Back! campaign, a call to arms for more angry women protagonists.

While dystopian young adult books have so far been the major Hollywood success stories, several recent adult literary fiction dystopias have received positive receptions from both critics and readers, and the genre’s strong appeal and universality is becoming increasingly evident in adult fiction.

Examples of the latter include M R Carey’s bestselling novel The Girl with All the Gifts (2014), about a scientist, a teacher and their special young student who live in a dystopian future (this is currently being made into a movie starring Glenn Close). Australian author Merlinda Bobis’ Locust Girl: a Lovesong (2015) ‘blurs the boundaries between a utopian and a dystopian society, [and] touches on the social malaise, cultural discomfort, and ecological concerns of our globalised times’. Margaret Atwood, who has spoken about her personal dystopian fears of ‘creeping dictatorship’, has returned to the dystopian genre with The Heart Goes Last (2015), about ‘a near future in which the lawful are locked up and the lawless roam free’. 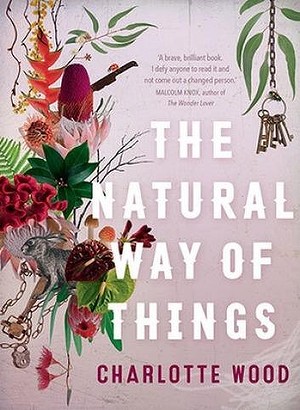 Charlotte Wood’s celebrated 2015 novel The Natural Way of Things depicts a group of ‘problematic’ women, each of whom has in some way inconvenienced a powerful man and been sent to a rural Australian prison camp as punishment. It has been labeled by some readers as dystopian literary fiction, and Wood admits to having been influenced by real-world horrors and history:

‘The first glimmer of the story came to me in an ABC Radio National documentary about the Hay Institution for Girls, a brutal prison in rural NSW, where ten teenage girls were drugged and taken from the Parramatta Girls’ Home in the 1960s. At this place, which operated in extreme cruelty until 1974, the girls were forced to march everywhere, were never allowed to look up from the floor or speak to each other, and endured all kinds of official punishments.’

Wood was further spurred to write her distorted alternate reality when she became conscious of how far society hadn’t come in its treatment of women.

‘I began noticing things in the news, things happening around me in the contemporary world, that showed these attitudes about punishing women for speaking up were not of the past … Around this time there were football group sex scandals where the women were reviled for speaking about it and public apologies by the men were made to their wives, families and employers – the assaulted woman, by implication, deserved what she got. We had women assaulted by the likes of Rolf Harris derided as liars and money-hungry, publicity-hunting sluts. This stuff goes on all the time.’

There is no shortage of powerful recent dystopian releases, yet there are those – critics, agents, publishers and even some of the genre’s most famous authors – who feel that the era of ‘DysLit’ is coming to an end. Some are wondering if the ‘world-ender YA dystopia trend [will] yield to happier days’. Jeet Heer, writing for New Republic, even predicts ‘utopias’ will be trending next.

Why the widespread desire for happier, sunshiny literary trends? In the Guardian, one teen writer acknowledged that young people dealing with mental health issues may be further disturbed by the bleakness inherent in dystopian fiction, while also suggesting that the power of such books lies in ‘showing protagonists cop[ing] in bleak times allows us to see that we can come back from the darkness and see the light in our lives’.

One of the most poignant defences of dystopian fiction – of its staying power and potential for shining hope in the bleakest of hours – comes from Carmody, the author of one of Australia’s most successful and longest-running dystopian series. Discussing her protagonist Elspeth, she articulates a truth that lies at the heart of so much dystopian fiction:

Dystopic tales are distorted exaggerations of the world as it is now. They’re forewarnings of the future we could face if we let the likes of Donald Trump win elections, or don’t take climate change seriously. But in showing us a world gone wrong, literary dystopias also highlight how people at their best can do right – and there’s nothing temporary or trending about that.

To celebrate the holiday season, we’re giving away 5 gift packs of great stories by and about women (each pack includes dystopian novels by Margaret Atwood and Isobelle Carmody). To enter, sign up to our enews (at the bottom of this page) and send your name and address to info@thestellaprize.com.au