Skip to content
Stella > Explore > On diversity, intersectionality and the future
Features

On diversity, intersectionality and the future 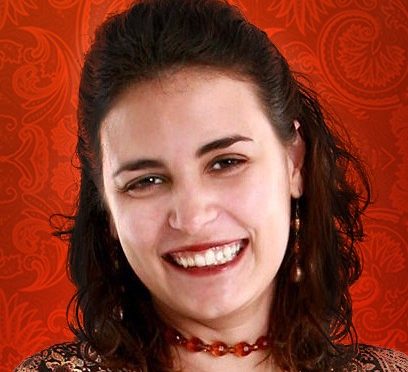 Ambelin Kwaymullina is the author of The Tribe series and a Stella Schools Ambassador. In this guest blog post she discusses gender and diversity in literature. Like the Stella Prize, I am an advocate for gender equality. But I am also aware that the achievement of equal recognition of women writers won’t necessarily translate into equal opportunity for Indigenous and minority women writers.

In the US, black writer Zetta Elliot has put it this way: ‘If you are a white author who wants to write about people of color, I would ask you to pair your concern for diversity with a comparable commitment to equity. Do members of the group you’re writing about have an equal opportunity to tell their own stories? What can you do – in addition to carefully researching your story – to make sure cultural insiders have the same chance to be heard as cultural outsiders like you?’

I believe it is part of the task of those who have known exclusion, discrimination and inequality to be advocates for inclusion, respect and equality for all. Any experience of injustice should always increase our empathy and push us towards a greater understanding of injustice in other contexts. So I think women should be advocates for each other, which is why an awareness of privilege is so crucial. Without it, white writers seeking to increase diversity in literature are in danger of further disempowering already marginalised peoples rather than doing the reverse.

Being a diverse writer requires the navigation of literary spaces that sometimes have no connection to your own lived experience, and little understanding of your reality. Sometimes, the people who inhabit – or control – these spaces may be actively or tacitly hostile towards you. As an Indigenous woman, it can be difficult to tell in any given instance whether the hostility being sent in my direction relates to my gender, my Aboriginality, or a combination of both. Either way, it leaves me with an unsettling sense of my own vulnerability.

It can grow hard for hope to triumph over experience. But the level of our individual power – and therefore our responsibility – can only ever truly be measured by comparison with those who have fewer choices than we do, not by comparison with those who have more. I have choices enough that I can and should continue to dream of a just future, and I believe that future is approaching. But it is not here yet. So where does that leave diverse writers now?

Perhaps we are people born out of our time, yearning for a world that is a little way over our horizons. Or perhaps, as I prefer to think, we are here for a purpose. We are helping to create the paths that will be walked by the diverse writers who come after us, just as the footsteps of those who went before us beat out the paths that we now follow. It is true that the process of change is slow. But if I am quiet and still, I can hear diverse voices speaking, bubbling along like a stream – and just as running water will gradually wear away seemingly immoveable rock, I believe we will change the shape of that which is to come.

And to all the writers of privilege who dream of justice too, I can do no better than to quote the words used by Aboriginal Elder, activist and educator Lilla Watson: ‘If you have come to help me, you are wasting your time. But if you’ve come here because your liberation is bound up with mine, then let us work together.’

Ambelin discusses what individuals and organisations can do to promote diversity in a series of guest blog posts on AlphaReader: