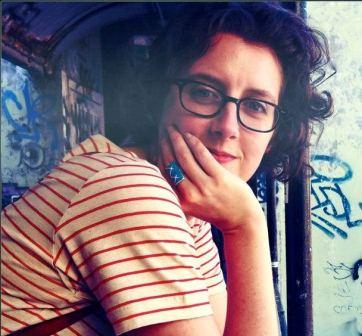 Stella: How did your interest in reading and writing develop over time? Was this encouraged through particular teachers, educators or mentors?

Erin: I loved reading and writing from a very early age, but I don’t think I would have pursued writing if it weren’t for the encouragement of a couple of key teachers, particularly in primary school. My third grade teacher, who also taught me in sixth grade, had creative writing as a key part of her teaching program. Her love of literature impressed upon me that being a writer was a legitimate and worthy pursuit. I also had a teacher in primary school who taught across the grades, specialising in poetry and grammar. She was very strict and made us learn swathes of verse off by heart under threat of public humiliation. I’m glad now that she did. To learn the lines of a poem you have to study each word until the rhythm of the language is under your skin. Knowing how to find the rhythm of language is a crucial skill for a writer.

Stella: How has the YA literary landscape changed since then? What do you see happening in YA now that you wish had been around when you were a teen?

Erin: There are more books with queer protagonists now than there were when I was growing up, which is definitely a good thing. I can’t remember reading a single book with a person in it who identified as something other than straight before I got to university. Growing up in a conservative part of Sydney and going to a religious high school, the ideas I was exposed to about what it meant to be queer were all negative ones. I wish I could have read a book or two back then that showed me it was possible to have positive experiences as a queer person.

Erin: There is something extremely validating about finding a character in a book that you relate to. The fact that an author has bothered to write about someone like you operates as a kind of permission to be yourself in the world. Finding unfamiliar characters is just as important. Characters in fiction give us an insight into other people’s interior lives. Learning how to empathise with people who are different to us makes us better humans.

Stella: What gender stereotypes do you see in fiction that you wish you could change? What’s your favourite book that bends the rules?

Erin: Where to begin? That boys are the heroes and girls are the ones who need protecting. That boys are rugged and masculine and girls are feminine and flouncy. That boys get to rule the world and girls have to stay home and dust. That boys are thuggish brutes without feelings and girls are delicate flowers with too many of them. My favourite book that bends the rules is Girl Meets Boy by Scottish author Ali Smith. Based on the myth of Iphis, about a girl raised as a boy, it challenges gender stereotypes the whole way through, like in this passage: ‘She had the swagger of a girl. She blushed like a boy. She had a girl’s toughness. She had a boy’s gentleness. She was as meaty as a girl. She was as graceful as a boy … She was so boyish it was girlish, so girlish it was boyish.’

Erin: To address the imbalance for a start. So often the default gender in a book is masculine. Most books have boy protagonists. Even where in a children’s book the protagonist is a non-human creature or animal, they are usually male. We should all be reading books about girls, because girls populate the world as well as boys and we have agency and stories worth telling.

Erin Gough will be appearing at the Stella Prize Schools Program NSW launch on Wednesday 9 September.