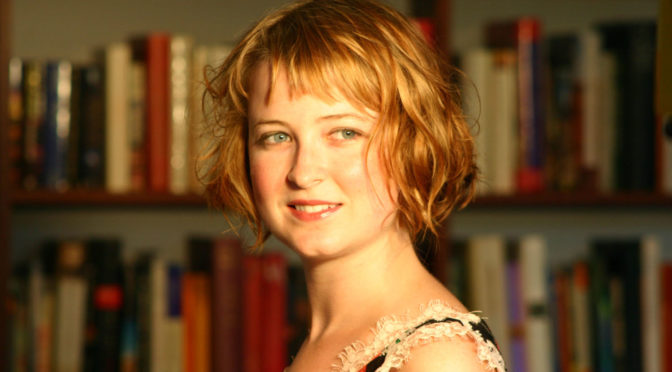 This is a guest post from YA author and Stella Prize Schools Program ambassador Lili Wilkinson.

Relentless. Impoverished. Banal. The most narcissistic of all fictions.  This is what leading writers and academics are saying about teen chick lit, proving definitively that they haven’t read any. The literary elite love to throw shade at books about girls falling in love. Germaine Greer calls it ‘dope for dupes’. Naomi Wolf appeared on Oprah to tell the world that in YA chick lit: ‘sex and shopping take their places on a barren stage, as though, even for teenagers, these are the only dramas left.’

What’s going on here? Why do people hate chick lit so much? Is it really that bad?

Of course it isn’t. Like all literary genres, chick lit encompasses many extremes. Some of it is very bad. Some of it is very good. Most of it falls somewhere in between. The reason why there’s so much snobby disdain is because of our old friend, sexism.

‘Lady Writer’ was one of the very first respectable career options for middle- and upper-class women in the 18th and 19th centuries. It gave women a voice and some financial independence, so naturally a lot of people thought it was a terrible idea and very dangerous. This attitude carried over into the 20th century, and is still around today.

So what is chick lit? Simply, it’s a genre of fiction that addresses issues of modern womanhood, often humorously. Plots are sometimes romantic, but can also focus on friends, family and career. Teen chick lit is basically the same thing, but about teenagers. Teen chick lit, then, is books about girls having Feelings.

Have you noticed no one ever says anything mean about books where boys have Feelings? While most books about boys having Feelings are very serious business (often requiring a girl to die in order for said Feelings to manifest), there are plenty of funny ones too. And when a male author writes a book about Feelings (think John Green, Nick Hornby, Graeme Simsion), everyone treats him like a genius who has literally invented a new genre.

I’ve just finished writing a PhD on politics in young adult fiction, and this is what I found: teen chick lit is radical. Meg Cabot’s The Princess Diaries is about a teenage girl learning to wield political power responsibly. Rainbow Rowell writes about domestic abuse and identity. Books by Jaclyn Moriarty and Melina Marchetta deal with suicide and mental illness. In my own teen chick lit books, I’ve written about sexuality, mental health, feminism and environmentalism. Chick lit takes on serious issues in a light-hearted way – it may not be confronting, but it is often thought-provoking. To sensitively address these ideas and balance them with warmth and humour takes a great deal of skill, which is why so few chick lit books have been shortlisted for literary awards. Because these books are also about falling in love, and falling in love is trashy.

There is a popular perception that books about falling in love aren’t real literature unless one of the lovers dies at the end. This genuinely baffles me. At the risk of getting all gooey, love is the one thing that unites us as a species. We all love. We’ve been in love, we are in love, we want to find love. It’s a big part of being a human.

So next time you see a book with a handbag and a pair of shoes on the cover – emblazoned with the literary-street-cred-killing phrase ‘A Great Beach Read’ – don’t write it off as being trash. Chick lit might seem as fluffy and insubstantial as white bread, but it often contains hidden fibre.