If Maxine Ruled the Wild Things 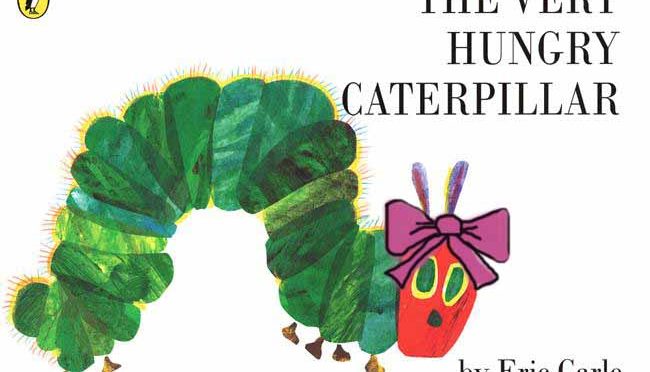 Stella Prize Schools Program Coordinator Bec Kavanagh looks at how the gender of the picture book characters we grow up with can shape the future we imagine for ourselves.

What was your favourite book as a kid? What did you learn about yourself from the characters? Would it have mattered if the Very Hungry Caterpillar had been a she?

Perhaps to you it wouldn’t have made a difference. But maybe for a little girl who had only come across characters with names like Max, Alfie and Harold, to read that little word ‘she’ would have made her shoulders lift up with relief. I exist! Maybe if Maxine had ruled over the kingdom of the Wild Things, a boy would have looked at her and thought girls are so brave. Maybe if Harold’s purple crayon had been wielded by a girl, we’d be able to imagine different futures for boys and girls than those that are currently on offer. Maybe.

There are certainly more girls in picture books now than there used to be, but are they really represented in all their power, diversity and complexity? Are they in control of the action, or are they being acted upon? Do they like ballet slippers and climbing mountains? Sometimes, but not often enough.

We need to look harder. Many lists of the best picture books are overwhelmingly male – both in their authors and their primary characters*. Time’s ‘100 Best Children’s Books of All Time’ includes only twenty books where the main character is a girl. The same goes with the School Library Journal’s ‘Top 100 Picture Books’, a list with the preface:

‘You could argue that the first books a child encounters will influence how they read for the rest of their lives.’

Locally, of The Advertiser‘s list of  ‘Australia’s 50 favourite kids’ books’, just fourteen have a female main character. It’s disheartening, to say the least.

But there is more to the story. In those cases when female characters do appear, it’s important to consider what they are doing. It’s telling of our greater cultural attitudes towards women that if there is a female character at the centre of the book, she is often missing, scatterbrained, in need of saving or she is a daintily dressed little girl who like purses and beads.

And what about in stories where the main character, often an animal, does not have a specified gender? Do you point to the bear and say, ‘Isn’t she ferocious’? It can require a real effort to defy that cultural tendency to default to ‘he’. How often do you forget?

My toddler loves books – books about bears, about girls, about trucks and about postal workers. He doesn’t care if I read him a book that’s only about girls. His three best friends are girls. Maybe he thinks these books are about them. Or maybe he doesn’t. Maybe he doesn’t even consider it; he knows that the world isn’t filled with people exactly the same as him.

This is not to ignore the girl characters who are kicking it alongside the boys. And it’s certainly not to suggest that boys shouldn’t be able to see themselves in the books they read. But perhaps to find a balance, we need to look harder and think more rigorously in order to present reading lists that show both boys and girls doing rough, colourful, wonderful, imaginative activities, so that girls can conceive of themselves as more than the delicate character with a bow in her hair.

* N.B. – A primary character has only been counted here when the central figure’s gender is specified. Books with genderless characters are not included, and books where there is more than one central character have been categorised based on the gender of the character who drives the majority of the action.

Every day, Little Cat and her big sister catch the bus home from school. Winter and summer, rain or shine, it is always the same. But one day, Little Cat catches the bus all by herself…

Peggy lives in a small house in a quiet street. One blustery day a big gust of wind sweeps down and scoops up leaves, twigs and…Peggy! The wind blows Peggy into the city, where she discovers strange new things, but how will she find her way home?

Peggy’s family is hosting a barbecue for their neighbours, the Dawsons. Peggy isn’t too sure about those Dawson boys. But she’s delighted when an unexpected crocodile invites himelf to tea…with unexpected consequences.

This is the story of Isabella’s garden. And what happens when a small seed is planted…