Skip to content
Stella > Explore > Announcing the winner of the 2015 Stella Prize: Emily Bitto for The Strays
News

Announcing the winner of the 2015 Stella Prize: Emily Bitto for The Strays 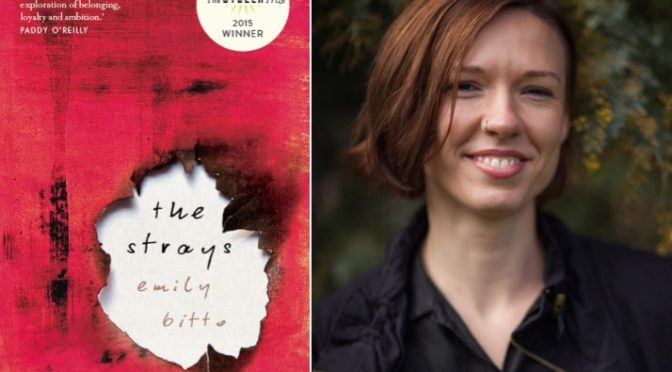 We are delighted to announce that the winner of the 2015 Stella Prize is Emily Bitto for The Strays.

This is the first time a debut work has won the Stella Prize. The inaugural winner, in 2013, was Carrie Tiffany for her second novel, Mateship with Birds, and last year’s winner was Clare Wright for her second work of history, The Forgotten Rebels of Eureka. The winner of the Stella Prize receives $50,000 in prize money.

“Emily Bitto’s debut novel The Strays is about families, art, isolation, class, childhood, friendship, and the power of the past. It’s both moving and sophisticated; both well researched and original; both intellectually engaging and emotionally gripping … In its subject matter, its characters, and its sombre mood, this novel is reminiscent of Ian McEwan’s Atonement, Sybille Bedford’s Jigsaw, or A.S. Byatt’s The Children’s Book, and in this company it can hold its head high. The Strays is like a gemstone: polished and multifaceted, reflecting illuminations back to the reader and holding rich colour in its depths.”

“It is an astounding, life-changing honour to be selected as the third recipient of the Stella Prize for my debut novel, The Strays. Even since being included on the Stella shortlist, I have noticed a clear difference in the kind of attention that my work has received. The Stella Prize is an award I feel very passionate about, and I am particularly honoured to have won a prize that has grown from a motive so dear to my own heart: the desire to redress gender inequality in the literary world. And to be recognised alongside such an astonishingly talented long- and shortlist, including writers I revere as a reader, is the greatest honour.

“As a debut novelist, I cannot even begin to quantify the benefits this award will bring. I am incredibly grateful to the Stella board, the judging panel, and the generous donors who have contributed the prize money. In its three years of existence, the Stella Prize has had a huge impact on the Australian literary landscape and has initiated a vital dialogue about gender within the public domain. As a female writer, I have benefited from this award before even finding myself on the longlist, and I am so grateful for its existence.”

The 2015 Stella Prize was awarded at an event in Melbourne on the evening of Tuesday 21 April. The winner received $50,000 and each of the shortlisted authors received $2000, courtesy of the Nelson Meers Foundation.

Emily Bitto has a Masters in literary studies and a PhD in creative writing from the University of Melbourne. Her writing has appeared in various publications, including The Sydney Morning Herald, Meanjin, Heat and the Australian Literary Review. The manuscript of her debut novel was shortlisted for the 2013 Victorian Premier’s Literary Award for an Unpublished Manuscript. The Strays was shortlisted for the 2015 Indie Prize, is currently longlisted for the Dobbie Award and is the winner of the 2015 Stella Prize. She lives in Melbourne where she runs a new Carlton winebar, Heartattack & Vine.

The Stella Prize is open to works of both fiction and nonfiction by Australian women. From more than 150 entries, this year’s Stella Prize judges – critic and writer Kerryn Goldsworthy (chair); journalist and broadcaster Caroline Baum; writer and lecturer Tony Birch; singer–songwriter Sarah Blasko; and acclaimed author Melissa Lucashenko – selected a longlist of twelve books, which they then narrowed down to a shortlist of six:

For more information, or to request an interview with the 2015 Stella Prize winner, Emily Bitto, please contact: