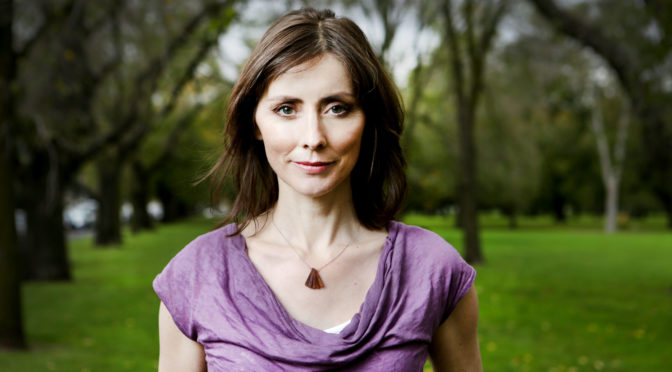 The Stella Prize chats with Christine Kenneally, author of The Invisible History of the Human Race

Stella: Have you had any significant professional or personal mentors in your writing career?

Christine: Early on, I took a freelance writing class and hit it off with two other students, Sarah M and Marci A. We were at a similar stage – we had each published a few stories, but were unclear on how to take the next step. We began to meet weekly to discuss story ideas and critique each other’s work. Our commitment was unshakeable, and we ended up meeting for more than three years: encouraging, commiserating and egging each other on. By the time we all moved to different states, we each had a long list of freelance publications and were working on books. Whenever we’re in the same city, we still have a meeting.

Christine: I’d like to be as searing as Geraldine Brooks, as funny as Tony Horwitz, as emotional as Kate Atkinson, as ruthless as George RR Martin, as necessary as Aleksandr Solzhenitsyn, as brave as Helen Garner, as exhaustive as Lawrence Wright, as perfect a user of the English language as Ian Parker, as close as humanly possible to the discipline and mad genius of Neal Stephenson… I could go on.

Christine: It always seemed like one of the coolest things to be. (PS: I love being a writer now, but I still don’t feel cool.)

Christine: Sometimes I have chased things that others thought were unachievable. It was important to block out their scepticism. Ultimately, though, I have to care what, or at least how, people think. I want my work to be read.

Christine: Meg Murry from A Wrinkle in Time.

Christine: When I find myself back where I began. When the sources I’m speaking to tell me stories I’ve already heard, or recommend I track down people I’ve already interviewed.