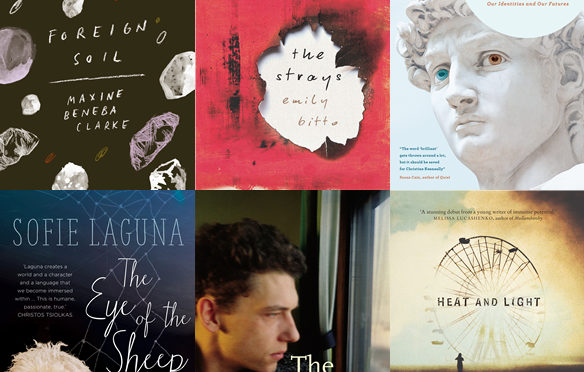 The Stella Prize celebrates Australian women’s contribution to literature. It was awarded for the first time in 2013 to Carrie Tiffany for Mateship with Birds. In 2014, the winner was Clare Wright for The Forgotten Rebels of Eureka. The prize is worth $50,000, and both fiction and nonfiction books are eligible for entry. This year, shortlisted authors will each receive prize money of $2000, courtesy of the Nelson Meers Foundation.

From more than 150 entries, this year’s Stella Prize judges – critic and writer Kerryn Goldsworthy (chair); journalist and broadcaster Caroline Baum; writer and lecturer Tony Birch; singer–songwriter Sarah Blasko; and acclaimed author Melissa Lucashenko – selected a longlist of twelve books that they have now narrowed down to a shortlist of six.

In alphabetical order of author surname, the 2015 Stella Prize shortlist is:

The Eye of the Sheep by Sofie Laguna (Allen & Unwin)

“We are thrilled with the strength and diversity of the 2015 Stella Prize shortlist. These six remarkable books explore themes of identity, family, displacement and belonging, with distinctly Australian resonances. Two of the books are debut works, which speaks to the talent of Australian women writers, even those just beginning their careers as authors. We are immensely grateful for the determination and rigour of our judging panel, who selected these six excellent, original and engaging books.”

The 2015 Stella Prize will be awarded in Melbourne on the evening of Tuesday 21 April.

Media: To request an interview with any of the shortlisted authors, Stella Prize Executive Director Aviva Tuffield, Stella board members, or the 2015 Stella Prize judges, please contact: