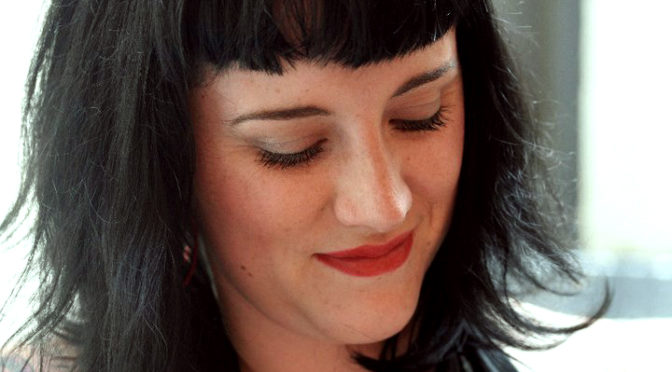 Stella: What were your favourite books as a child and a teenager?

Bec: I loved (and still love) The Neverending Story by Michael Ende. I’ve always been drawn to books that have filled me with some kind of magic, although the shape that has taken has changed as I’ve grown older.

I was an only child. I was shy, awkward and I didn’t live close to other children, so I really had no idea of what other Australian kids were doing. On a normal day I would sit up a willow tree with my one legged chicken, reading stories about English boarding schools, and midnight feasts with ginger beer and bread served with lashings of jam.

Stella: Did you study books by male and/or female writers at school? Do any of these still resonate with you today?

Bec: The only books that have stayed with me from high school are The Great Gatsby by F. Scott Fitzgerald and The Ballad of the Sad Café by Carson McCullers. The Ballad of the Sad Café in particular gave voice to everything I believed about the nature of loving, and of being the lover and the beloved. I think any book that has an impact on you  does that in some way, vocalises those thoughts or beliefs that you haven’t yet been able to.

I remember being faced with a lot of books by male authors, some excellent and some not so much. The feeling that this left me with was not that these books don’t/didn’t deserve to be read and studied, but that ideas worthy of discussion came from men, and it took truly exceptional women to be considered equal to them.

While I was studying powerful ideas that I considered universal, I think I missed seeing the small truths that make up daily life, which are just as big and necessary in the end.

Stella: Are there any books you wish you had read when you were younger, but weren’t introduced to?

Bec: So many. I had a real ‘reader’s block’ when it came to developing my reading from YA to adult. Because I was considered a good reader, I was given the opportunity to read extension texts. The first and only one of these was I, Claudius, which I never finished. I felt very locked out of books, as though that magic of reading had been taken away from me. While I continued to read and re-read the books that I enjoyed, I felt that I was missing out and falling behind.

I wish I’d given myself permission to read whatever and however I wanted. I wish I’d read more McCullers, and Virginia Woolf and other exceptional women. And while I loved John Marsden and Robin Klein, I wish that there had been as many amazing YA authors then in Australia as there are  now.

Stella: What do you hope students will gain from the Stella Prize Schools Program?

Bec: I hope students will be able to use this as a way to evaluate their own reading habits and to think critically about what they’re being shown in books and in the classroom.

By reading more widely, and including more texts by women, we have the opportunity to engage with a greater diversity of voices and stories, which can only be a good thing.

Stella: What book or books do you think all young people should read, or believe should be more widely read?

Bec: I don’t think there’s any one book that everyone should read, because there’s no single story that will speak to everyone. I think that young people who are at that point of forming their own opinions and ethics and values, should have the opportunity to read as many books as they can get their hands on.

The Stella Schools Program gives readers greater opportunities to not only see themselves reflected in the literary landscape, but to pay greater attention to characters and voices who either they didn’t notice earlier, or who weren’t there before.