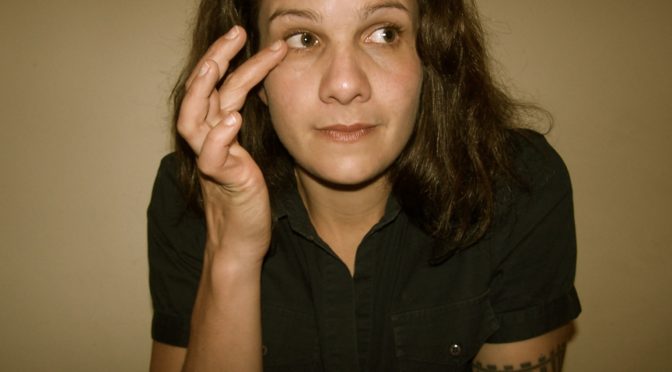 Louise: When I was young, I was really into the Enid Blyton books that had kids going away from their parents to schools with weird rituals and lacrosse – the St Clare’s and Malory Towers series. My mum encouraged me to read Daphne du Maurier’s Frenchman’s Creek when we actually visited Frenchman’s Creek in Cornwall. Reading books in the place where they are set is highly recommended. My nanna bought me The Diary of Anne Frank, which made a strong impression, and then I went through a year of Holocaust novels like Elli and The Endless Steppe. Then, after my Agatha Christie phase, at thirteen and feeling disenchanted and particularly, well, adolescent, I went through a Sartre, Camus, Joyce, Woolf period. I basically thought Nausea was a book about my life, which is funny because it was nothing like my life in suburban Australia. Then one rainy afternoon stuck in the school library, I picked up Franny and Zooey by JD Salinger and was transported by the immediacy of that strong voice.

Stella: Did you mostly study books by male or female writers at school? Did any of these have a particularly lasting impact?

Louise: We studied more books by men than women – about two-thirds men. I studied Literature as well as English, and one in three texts would be Shakespeare, who was always a man. Later, we studied Amy Witting’s I For Isobel and the rest of the noise in the room just disappeared as I read it. I couldn’t believe this book had been written. I wrote to the author immediately – I felt like she was communicating with me so I had to communicate back. She wrote back and we stayed in touch; she would meet me for lunch when she came to Melbourne. Sometimes authors are every bit as great as their books.

Louise: I think, like many adults, I regret not spending all that free time that in hindsight seems like such a luxury, reading all the classics. I’ve not read Anna Karenina, for example, so when people talk about it I just have to nod in the right places and pretend. But I don’t really regret it – I was probably off doing something else or wasting time daydreaming, which I was inordinately good at, and don’t really regret either.

Stella: How did your interest in reading and writing develop over time? Was this encouraged through particular teachers or mentors?

Louise: Teachers were huge influences on me. In the UK, Sue McDermott and Max Markiewicz – he wrote the word ‘Paradoxically’ next to a book report I’d written about The Hobbit, and then he wrote ‘(look it up)’ next to it. I was a kid; I did need to look it up. I loved the word, and I loved that he’d used it on my work. Here was someone taking my writing seriously – that’s enormous. At high school in Melbourne, I had this incredible history teacher, Maureen McFadzean. She showed us, using history, that we, as individuals, would have an impact on the world. Someone who actually believes in you and what you can do, helping you to harness your own power – this is what kids need. I think teachers are hugely underappreciated, and increasingly so. I don’t understand why teaching isn’t one of the most highly regarded and well-paid professions. Aside from parents, they are the adults you spend large amounts of time with when you’re a kid. Few people have affected my life so much.

My parents, too, always really appreciated the newspapers I was producing for the neighbourhood. They bought me typewriter ribbon at a great rate and encouraged longwinded theses on nothing in particular, and they read my baloney with much interest.

Stella: What do you think or hope the benefits of the Stella Prize Schools Program will be for students?

Louise: Kids and young adults are incredibly impressionable. They absorb every tiny thing – those said and those unsaid. Studying more men than women in school sends the message that men’s words are more valuable, which is, needless to say, rot. The Stella Prize Schools Program is about levelling the playing field and giving all writers a go. Hopefully this will inspire girls to know that they can grow up to be valued writers, and let boys and girls know that their words are of equal importance, no matter how they end up expressing themselves and what job they end up doing.

Stella: What book or books do you think should be read more widely by young people?

Louise: Oh, any book. Just make sure there are loads of books around. Kids love to ‘read up’, I reckon, and there’s nothing wrong with that as long as you’re around to explain difficult concepts if needs be. I remember one of the spines on my parents’ bookshelf when I was a kid was Iris Murdoch’s The Sea, The Sea. I would look at it endlessly, imagining how clever you’d have to be to read and understand it. When I did eventually read it, I loved it.

Stella: What advice you would give to young writers?

Louise: Everyone always says ‘read’, which is good advice. I think, too, live a bit. If you’re going to write, write, but don’t rush to publish it. If you haven’t published a book by thirty, that doesn’t mean you haven’t got a decent book inside you, so live a bit first. Don’t be tame, don’t write for a market, write what you like to read, assume people will want to read your stories, just go for it, stop second-guessing yourself, and don’t listen to anyone’s damn advice.