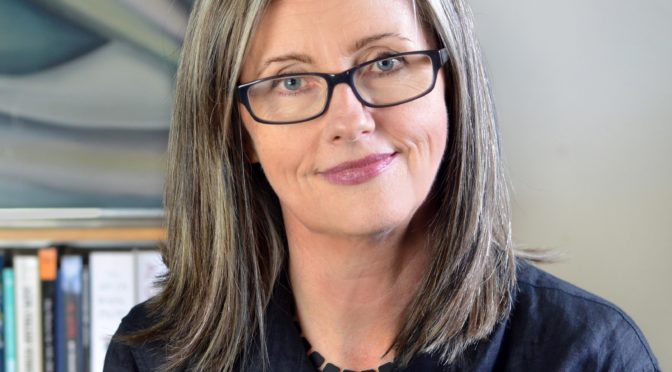 The Stella Prize chats with Fiona Wood, author of Six Impossible Things and Wildlife and a speaker with the new Stella Prize Schools ProgramStella: What were your favourite books as a child and a teenager?

Fiona: I was always shy and bookish, never at all sporty. We went to the library every Saturday and there were lots of books at home, although I remember wanting to have more of my own books – a symptom of being one of four children. I felt a huge surge of grown-up-ness when I finished reading my first ‘chapter book’. I loved Enid Blyton – the magic books, the various mystery/adventure series, and the boarding school series; Edith Nesbit; C.S. Lewis’s Narnia series; L.M. Montgomery, all the Anne books; anything by Joan Aiken, Elizabeth Enright, Louisa May Alcott, Susan Coolidge; the Billabong books by Mary Grant Bruce; and Seven Little Australians by Ethel Turner – I still haven’t recovered from Judy dying. My other childhood reading trauma was a collection of fairy tales by Charles Perrault, strong meat for a nine-year-old.

When I was a teenager I was reading Jane Austen, Charlotte Brontë, Emily Brontë, J.D. Salinger, F. Scott Fitzgerald, James Thurber, Somerset Maugham, Nancy Mitford, P.G. Wodehouse, Evelyn Waugh and Charles Dickens among many others. And I loved books that outlined perilous possibilities, for example The L-Shaped Room by Lynne Reid Banks, The Millstone by Margaret Drabble and Diary of a Mad Housewife by Sue Kaufman. I would have misery-adored The House of Mirth by Edith Wharton in my teens, but didn’t come across it until later.

Fiona: We studied mostly male writers when I was at school, including writers I still read with huge enjoyment, such as James Joyce, Henry James, and E.M. Forster. Jane Austen and George Eliot are two of my favourite writers, and we certainly had books by each of them as set texts. But where were Virginia Woolf, Edith Wharton, and Ivy Compton-Burnett?

Fiona: It wasn’t hard for me to find the books I wanted, because I was a library-dweller from a reading family. I would have loved to have  some YA books in the mix. It didn’t really exist as a category when I was that age, so narratives with a preponderance of teenaged characters were very rare.

Stella: How did your interest in reading and writing develop over time?

Fiona: I was an addicted reader from childhood. Our young Year 12 English Lit teacher would blush when we shared intimate moments in class with Andrew Marvell or John Donne, but she also had a fabulous, contagious enthusiasm, despite her self-consciousness. I had little bits of creative writing published in the school magazine, but didn’t think of writing as a possible career until much later. Straight out of school, I started a law degree, which was not a good fit. I didn’t start writing until I was at home with my first baby, when I did some freelance journalism. A few years later I studied screenwriting at RMIT and wrote TV scripts for many years before I wrote my first novel.

Fiona: Six Impossible Things and Wildlife both have plenty of themes to chew over, so I hope that they provoke thought and inspire discussion. I’d like to think that students will lose themselves in the stories, and find themselves in the characters, and that they will see a reflection of the place and time in which they live.

Stella: What do you hope the benefits of the Stella Prize Schools Program and the recommended texts will be for students?

Stella: What book do you think all young people should read?

Fiona: The book all young people should read is, simply, the next book. I just want them to keep reading and to establish the habit of reading for pleasure. In an ideal world, young people will be bombarded with recommendations from friends, librarians, family, teachers, and will always be hearing someone say: ‘If you liked that, you’ll love this.’

Stella: What advice you would give to young aspiring writers?

Fiona: Be hungry readers. And read closely; if you like something you read, look at exactly how the writer did what she did. Make time for daydreaming.