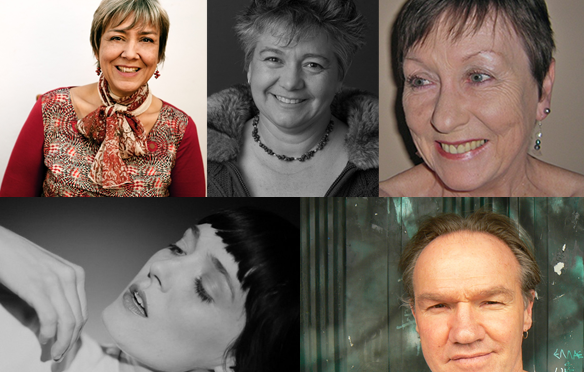 The 2015 Stella Prize is now open for entries!

The $50,000 prize will be presented for the best work of literature, fiction or non-fiction, published in 2014 by an Australian woman.

Entries are open until 5 p.m. AEDT on Monday 20 October, and entry forms can be completed online here

We are delighted to have Kerryn and Tony on board for another year, and thrilled to welcome the diverse talents of Caroline, Sarah and Melissa.

The winner of the 2014 Stella Prize was Clare Wright for her nonfiction work The Forgotten Rebels of Eureka. The inaugural winner of the prize was Carrie Tiffany for her second novel, Mateship with Birds.

We look forward to announcing the 2015 Stella Prize longlist in February, the shortlist in March, and the winner in April 2015.

The Stella Prize, in conjunction with Books+Publishing, has compiled the statistics for the 2013 Stella Count, tracking the relative number of reviews of books by women as compared with books by men in most of the major newspapers and literary journals. This year, the Stella Count also indicates the genders of literary reviewers, and provides information on whether books by male or female writers are reviewed by male or female reviewers. The 2013 Stella Count indicates that there is still much room for improvement in Australian reviewing when it comes to gender parity. Small gains have been made by some publications since the 2012 Count, while others have slipped backwards. The majority of book reviews in Australian publications are still of books by male writers.

As Executive Director of the Stella Prize, Aviva Tuffield, notes:

“The Stella Count reveals that not only are books by men reviewed more often, but male reviewers tend to review books written by men and these reviews are often longer and seem to get more prominence.

“These gendered patterns are established as early as primary school, with boys being encouraged to read books with males consistently in the lead. By secondary school, curriculum lists are male-dominated, and we worry about the messages this sends to girls – and boys – about whose stories and voices are important.

“This was one of the reasons behind the recent launch of the Stella Prize Schools Program, and remains a key focus of the Stella Prize itself. How will more books by Australian women be considered worthy of serious study and a wide readership if they’re being overlooked from the beginning by our major review publications?”