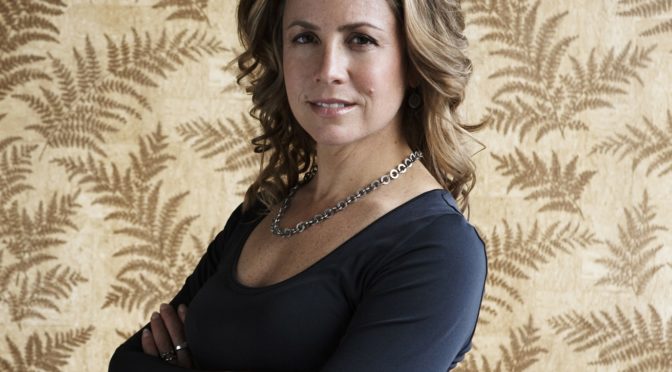 The Stella Prize chats with Clare Wright, author of The Forgotten Rebels of Eureka

Clare: I try very hard not to play favourites. I was scared witless by girls at school (especially nettie girls) because there always seemed to be somebody who was in and somebody who was out, and I could never keep track, or divine the mystical reasons why one could suddenly cross the line from BFF to WTF. My favourite women are the ones who are generous, spirited, trusting, warm-hearted, open-minded, loose-lipped and partial to Prosecco. Fortunately, I am blessed with a legion of friends and colleagues who fit this description.

Clare: I took myself VERY seriously when I was fourteen. (What’s that Bob Dylan lyric? “I was so much older then/I’m younger than that now.”) At fourteen, I was politicised by two events. One was visiting Washington DC, and seeing the blatantly racialised poverty of that city’s slums existing side-by-side with the tremendous edifices of American democracy: the White House, the Smithsonian, Capitol Hill. The other was the release of Goanna’s (now) famous song, Solid Rock. In some kind of existential way, the solid ground of my childhood innocence fell away. I admired Shane and Marcia Howard for exposing the truth of dispossession in such a raw and gutsy, yet popular and entertaining, way.

Clare: I swim laps at my local pool. Which is not that relaxing come to think of it; it’s just striving under water. But the sheer act of submersion, and turning my shoulders over, and getting away from the house and the computer and the stupid iPhone, and not being able to be interrupted, is some kind of bliss. When I haven’t had a swim for a few days, my body reminds me that I need to.

Clare: I’ve just finished reading Eleanor Catton’s The Luminaries, and oh man, right now I’d kill to be able to do what that woman has done. What a brilliant piece of confabulation, structured so intricately, with such precision and control of the craft, that I am reminded of a spider’s web – a near-perfect act of creation. I have never considered writing fiction, but I aspire to writing nonfiction that is as masterfully conceived, plotted and executed as that novel.

Clare: I became a scholar, and by subterfuge became a writer. My first love is research. My second is communication. My burning desire is to tell the stories that I think are important in ways that people will want to read (or watch – I’ve also been doing some television scriptwriting lately). For a journalist or a novelist, that might seem an obvious endgame, but for someone trained as an academic, it’s not. I’ve had to teach myself to take risks with my writing, finding ways to communicate complex historical ideas and events in language that is both true to my own voice, meaningful to a broad audience and authentic to the people and times I’m portraying. Sometimes I go overboard. For The Forgotten Rebels of Eureka, I was fortunate to work with an editor who trusted me enough to tell me that my metaphors were ‘fucking horrible’. Thanks Mandy Brett!

Clare: I can’t write at home. I have a husband, three kids, two cats, two rabbits, some chooks, a dozen guinea pigs and a dog. If I stay at home I am always tempted to put on another load of laundry, sweep up or feed someone. My refuge is an office in the History Department at La Trobe Uni.  Even though my salaried position as a Postdoctoral Research Fellow ended in 2009, I’ve been graced with office space as an Honorary Associate of the department. This has saved my arse, as I would have had to rent studio space to achieve the mental and physical distance from home I need in order to write. I’d like to say my office is tidier than my house, but I would be fibbing.

Clare: Long live the Australian Research Council! The research for my PhD/first book was funded by an ARC Postgraduate Scholarship.  The research for my second book was funded by an ARC Postdoctoral Fellowship. And I have recently been awarded an ARC Future Fellowship – a four-year grant to research my next major project, Red Dirt Dreaming: Reimagining the History of Mining in Australia. I don’t know a single academic who doesn’t feel intensely grateful for the sort of deep time that only ARC funding buys. And I get to keep my office!

Clare: A Cook’s Companion by Stephanie Alexander. She’d know what to do with all those mangoes, coconuts and freshly caught crayfish.

Clare: I think the correct answer here is a chick from Jane Austen or Charlotte Bronte or even Tolstoy or Flaubert, but I was never much into the canon. The female literary character who lives on most strongly in my imagination is the poor mother in Geraldine Brooks’ A Year of Wonders. (Can’t remember her name, dammit.)  It must be a decade since I read that book but I can still hear her voice and feel the pain when plague takes her babies. The best baddie is the Wicked Stepmother in Snow White.  Disney’s version was not quite literature, but it blew my socks off as a little girl, instilling a lifelong distrust of mirrors.

Clare: It took me ten years to write The Forgotten Rebels of Eureka. In my mind, it’s still not finished. I’m now getting almost daily feedback from readers giving me information about their own ancestors who could have been characters in ‘my’ story. I’m still putting together the pieces of the intellectual puzzle, if only for my own amusement. History is never complete.  Research is endless. I don’t even believe in ‘the law of diminishing returns’ that PhD supervisors invoke to stop candidates from lurching into yet another year of research. The final full stop on the final chapter of a history book is almost entirely arbitrary. The decision to call time on the project is largely a pragmatic one. My publisher will certainly not let me spend a decade on my next book, that’s for sure!