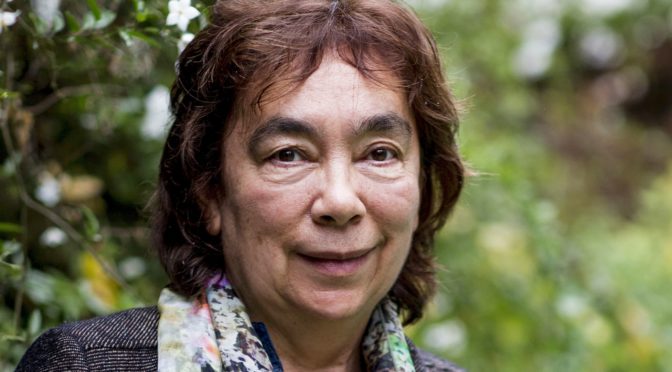 The Stella Prize chats with Alexis Wright, author of The Swan Book

Alexis: I admire many women writers in Australia and across the world for their courage to take on issues of importance, and especially those in third world and war-torn countries who put their own lives at risk to overcome adversity. You can see women to admire in the news every day – women who have very little, ask for little or nothing for themselves – who are doing the caring, nurturing, as well as the fighting and, for many millions of women, it’s a struggle just to keep their families alive.

The women who are risking their lives to try to bring their families to this country are all to be admired and supported.

Two women writers whose spirit, work and writing I have admired for a long time are Arundhati Roy, and Shoma Chaudhury from Tehelka news organisation in India.

Alexis: My grandmother, Dolly Ah Kup, was the person who I had always adored from a very early age. She often took care of me when I was a small child, and I would often run away and down to her place.

She would take me on long walks that included going to the rubbish dump, or we would drop by for a cup of tea with people camping on the riverbank, or head to to an opal clipping field where Afghan cameleers had camped years before when travelling through the area. We would also go fishing and on what seemed to be just long walks of wandering around the bush together where she would check the vegetation and trees.

Everyone loved my grandmother for her kindness, generosity and spirit. She grew her own vegetables from seed, she experimented with different plants given to her, and she had a wonderful garden that was an oasis of green vegetables, pretty flowers, very shady mango trees and other kinds, in a very arid part of the country. She was a great storyteller, and my best friend through most of my childhood.

Alexis: I relax by reading, gardening, listening to music and cooking, being with my family, talking to friends, taking long drives with my husband to see the country on the weekend, and by just being in the garden.

The study of swans and swan literature was a great source of relaxation.

Alexis: We have a history of great writers in Australia who are all to be admired, and who are all inspirational.

In my particular case, and with my background in research and sourcing international information for many years in the world of Aboriginal rights, it was a natural progression to start reading and admiring the works of writers across the world. It is very easy to be inspired, and learn something from every writer you encounter and read. This is the love of reading.

Alexis: I knew that one day I would like to become a writer. ‘How?’ was the big question. My first book came after many years of working and learning from writers across the world. Even then, it has been a step-by-step process of understanding how I might write each book, and in setting new challenges for myself.

I love the world of the imagination, and thinking about ideas, especially ideas that I think are important in the world right now, and testing my ability to think outside of the box, to create new ways of seeing and understanding.

The world of storytelling is a big part of who I am, the world I inhabit and belong to. I believe storytelling, and how to tell stories, will help us to imagine and shape the future.

Alexis: I do not think of anyone when I am writing except trying to respect other people – in particular, cultural concerns. All of my efforts and energy are really just centered on trying to keep the writing process going, to work with and test my imagination, ideas and concerns. Some concerns are structural – usually it feels like working on a huge construction site.

Each stage of building a work of literature takes time, effort, and energy to take care of the work, and this is how the writing continues, until the book is published. When this happens, it feels like a miracle.

It really is an effort to look at the book again after it is finished – until something subsides in my consciousness, and this is usually when I can accept the book and my belief in it, and perhaps, love it again.

Alexis: I can write anywhere and at any time. Mostly, I can tune out surrounding distractions while I am working. I write and keep a lot of notes but these are usually just short notes, although some are long, and all are handwritten in little notebooks.

I usually write in my study. My study is my writing home, and it has many things in it that I like to keep me company such as pictures, objects, many favourite books including fiction, nonfiction and poetry, and also music. My dog sits at the doorway.

Most of all I like to write in the garden just to feel the day. I also like to go into the city sometimes to work in the dome reading room at the State Library of Victoria.

Alexis: Maybe just some small place anywhere in the country. It would be wonderful if that place could be in our traditional homelands, perhaps along the Gregory River in the Gulf of Carpentaria. But anywhere is all right. You can find beauty everywhere in Australia. There are numerous beautiful places in the world that inspire, become locked in memories, and these experiences enrich our knowledge of other peoples, countries, cultures, conditions and ourselves.

There is too much in the world to see and feel, and this is why most writers have chosen to live a good deal of their time in the mind.

Alexis: Yes. These grants and fellowships have created the time I have needed to concentrate on the way I want to write. Unfortunately, or fortunately, I am like most writers who are also not making squillions from the books they write. It is also a very small publishing and bookselling industry and not without its bias and so on, and so forth. So, without the support of grants or fellowships, I know that at various times and for the literature I am trying to produce, I would not have been in the position to set time aside for writing books that really do take a lot of time and effort to produce.

Stella: Are you part of a writing group?

Alexis: I hold the position of Distinguished Research Fellow with the Writing and Society Research Centre, School of Humanities and Communications Arts, University of Western Sydney. The members of the Centre are academics in literature, editors, translators, and writers. It is a very exciting and supportive environment for students and members of the group. I feel very privileged to be a member of the Centre, where I am working on an Indigenous Storytelling research project.

I also previously studied with the Creative Writing Program at RMIT in Melbourne, and have always considered RMIT as one of my many homes.

Alexis: Too hard to choose. I would rather take my complete study, books, working dog, and family? But, most likely, just one of the books I would grab off a sinking ship that my eye would immediately see is Don Quixote.

Alexis: Don Quixote’s Dulcinea of El Toboso! An everlasting school memory from North West Queensland, Alfred Tennyson’s ‘The Lady of Shalott’. There are many incredible and inspirational female characters in the ancestral world of Aboriginal stories.

The story of Solibo Magnificent by Patrick Chamoiseau. When I first read this novel some years ago, I wished I had written this story and based it on the Aboriginal world in Australia. The novel is about the death of the village storyteller, Solibo Magnificent. It begins with the official ‘clean’ police version of their investigation of his death, and the rest of the book tells the real story of total police brutality, harassment and injury experienced by the witnesses to the death. Their story is not official English, but the mixed creole of the village, told with both outrage and humour at the general expectation in the world of the status quo.

Alexis: Life is a good word. Peace. Gidgee. Mulga. Spinifex – Wiyarr, the Waanyi word, and all of the Waanyi language. It is an incredible language.

I also love the words in many of the beautiful poems I read about swans in my research for The Swan Book. Some were originally written in English, while others were translated into English. Some of these favourite poems are by Seamus Heaney, Judith Wright, Banjo Paterson, James McAuley, Charles Baudelaire and Stephane Mallarme.

Alexis: This is a hard question to answer. Each book reaches the end differently, but knowing when to end is usually something you will feel intuitively as its author. The mystery of how the story ends may become locked away forever inside of the very long process of re-working each line, each paragraph, and each chapter numerous times, including the ending. 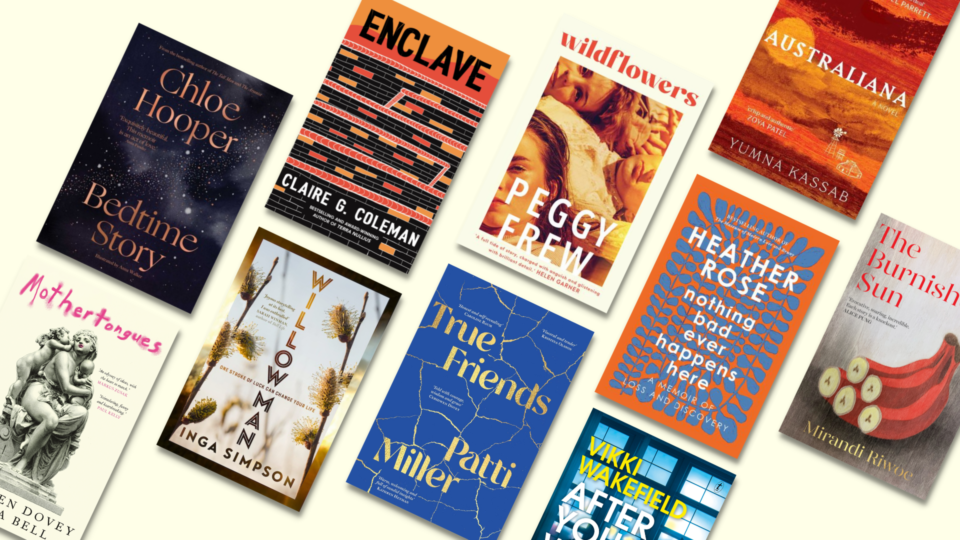